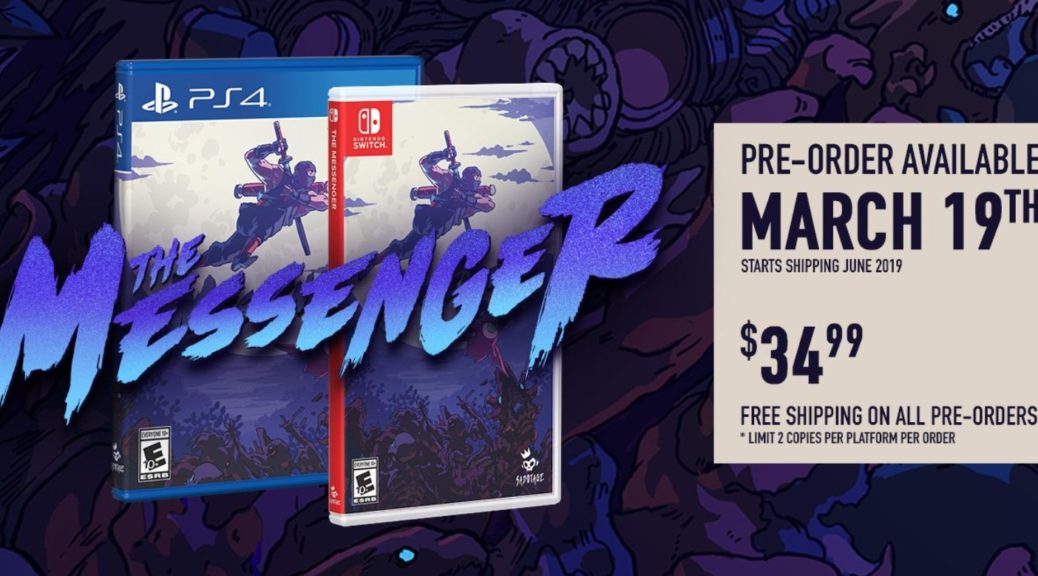 SpecialReserveGames have officially announced that the hit indie game The Messenger will be receiving a physical edition with pre-orders opening from March 19th 2019!

The physical edition will retail for around $34.99 USD (with free shipping on pre-orders) which you can check it out here!

Get ready to go on an adventure that spans aeons as you step into the shoes of a ninja tasked with saving the cursed world! Available only at https://t.co/QjPbdsyF5I pic.twitter.com/ZqRAinLWpV

Our friends at @specialreserves have a treat for you – the critically acclaimed "The Messenger" from @SabotageQc in physical form on Switch and PS4. We'll be running simultaneous preorders with Special Reserve, so you'll be able to pick up a preorder from either of us! https://t.co/QHKerE2FUP

The physical edition for Nintendo Switch will contain the base game however it has not yet been announced if there will be any additional content but SpecialReserveGames have insured us to stay tuned for more information!

There will also be an upcoming free DLC pack releasing this Summer called “Picnic Picnic” which will likely be included in this pack in a future update!