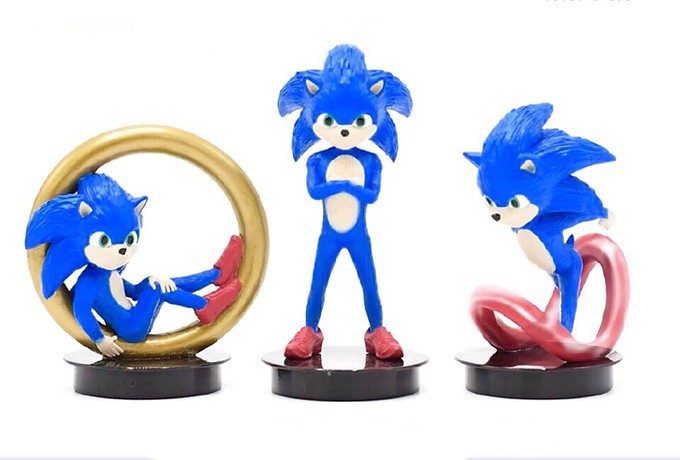 As you know, Sonic The Hedgehog‘s design for his upcoming live-action movie will be receiving some intensive reworks after the disastrous reception of the first trailer.

Apart from from the film’s release date being delayed as a result, the fate of all the merchandise produced so far is also in question. With Sonic’s design for the movie being changed, the merchandise using the old design may have to be scrapped and altered also.

Among the casualties may be these exclusive Sonic movie figures that were going to be distributed at select theaters. Honestly speaking, they look just as uncanny and creepy as Sonic’s original design, so its perhaps for the best that they’re never released to the public.

Intended to be sold in select theatres, these conceptual #SonicMovie figures may never see the light of day due to the character redesign. (h/t @SAAC_RUS) #SonicNews pic.twitter.com/Z6KP4FQ0Z2