The Super Smash Bros. planning proposal was created by none other than Masahiro Sakurai, who was first working at HAL Laboratory. Check out the pictures below (segments translated by NintendoSoup):

This is the cover page. The title roughly says it’s a “Competitive simultaneous 4 player battle royale fighting game for Nintendo 64”. It seems to be created in October 1996: 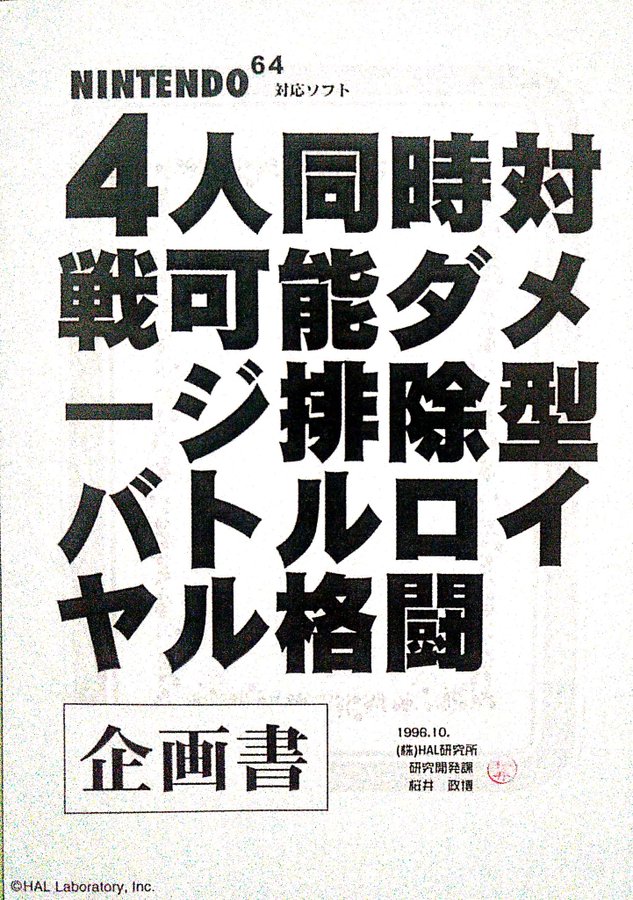 On the second page Sakurai lays out the background or stage set in the game, showing battles will take place in various worlds that Nintendo characters live in: 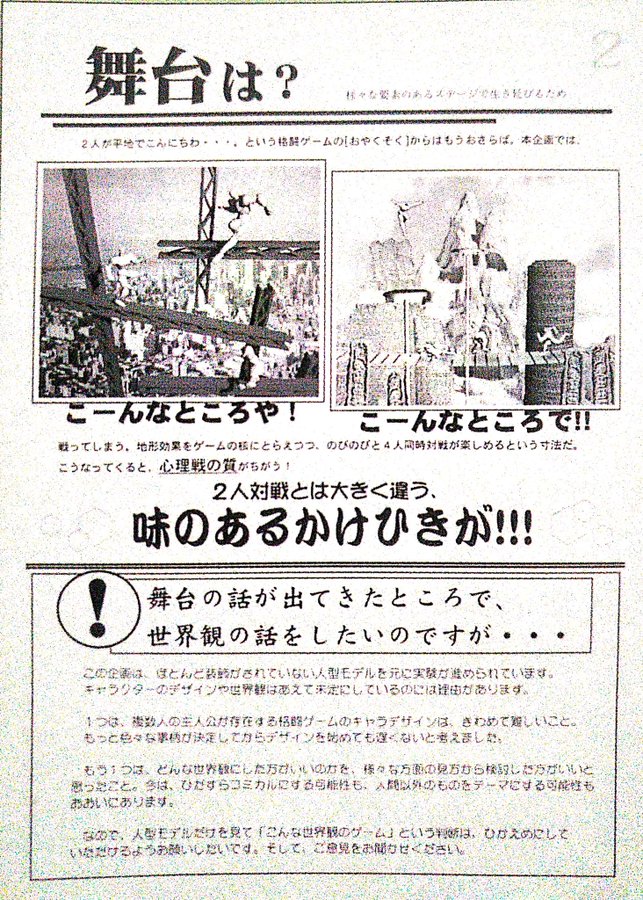 The third page addresses the question on the health meter, which is usually found in traditional fighting game. It’s been replaced by a damage meter represented by percentage – if your opponent has a high percentage, it’d be more easier to knock them out of the stage: 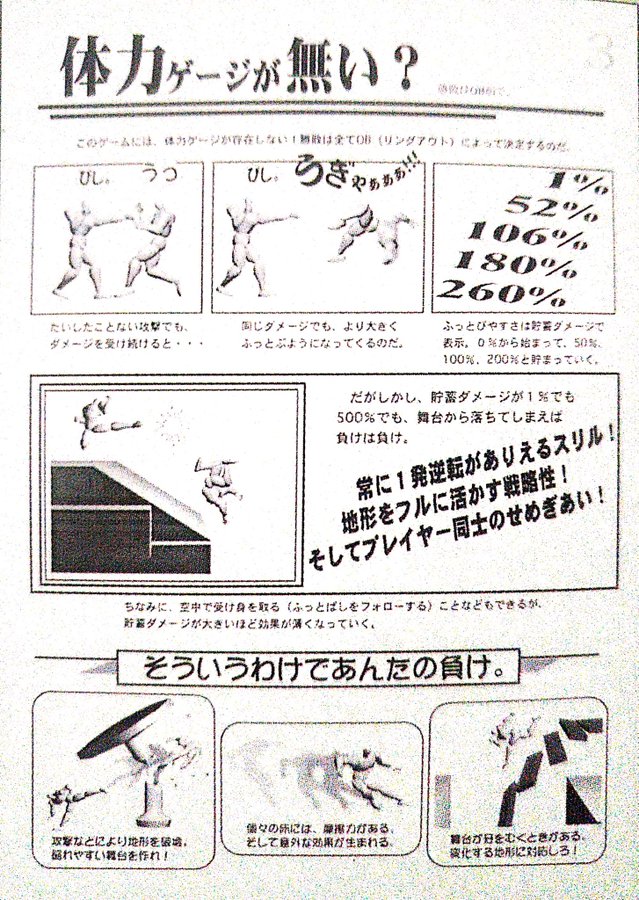