Ubisoft Support Claims US Copies Of Assassin's Creed: The Rebel Collection Will Have Both Games On One Cartridge | NintendoSoup 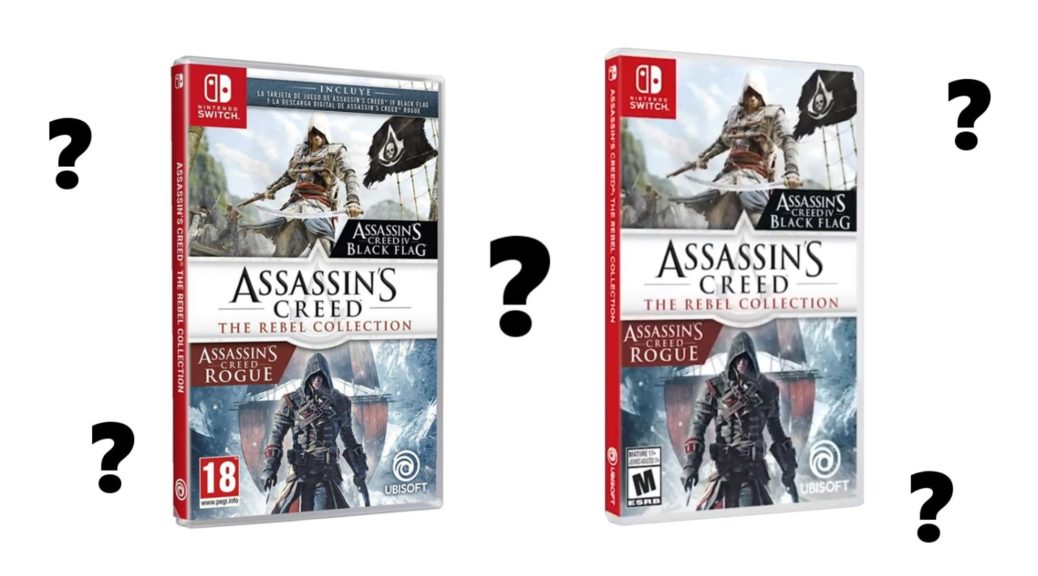 Earlier this week, we reported that Spanish listings of Assassin’s Creed: The Rebel Collection now reflect that half of the European version would be a digital download – with only one of the games in the cartridge. Will this also be the case for the North American release? According to one Ubisoft representative: apparently not.

Following our original post about the Spanish cover, one user took to Amazon US to ask about the status of the title. In response, ‘Ubisoft Support’ responded quite bluntly that both games would stay on one cartridge:

A (Ubisoft Support): Both games on one cartridge.

This seems to imply that the US and European releases of Assassin’s Creed: The Rebel Collection will be different. This reply is labelled as ‘Manufacturer’ – which means it should be originating from Ubisoft’s official channels.

However, it will be hard to confirm anything until Ubisoft actually makes an official announcement about the matter. After all, companies have sometimes been known to provide contradictory or confusing statements through their customer service lines. We’ll just have to wait for more info down the line.

What do you think? Will the US and European releases be different, according to this reply? Feel free to share your comments below.