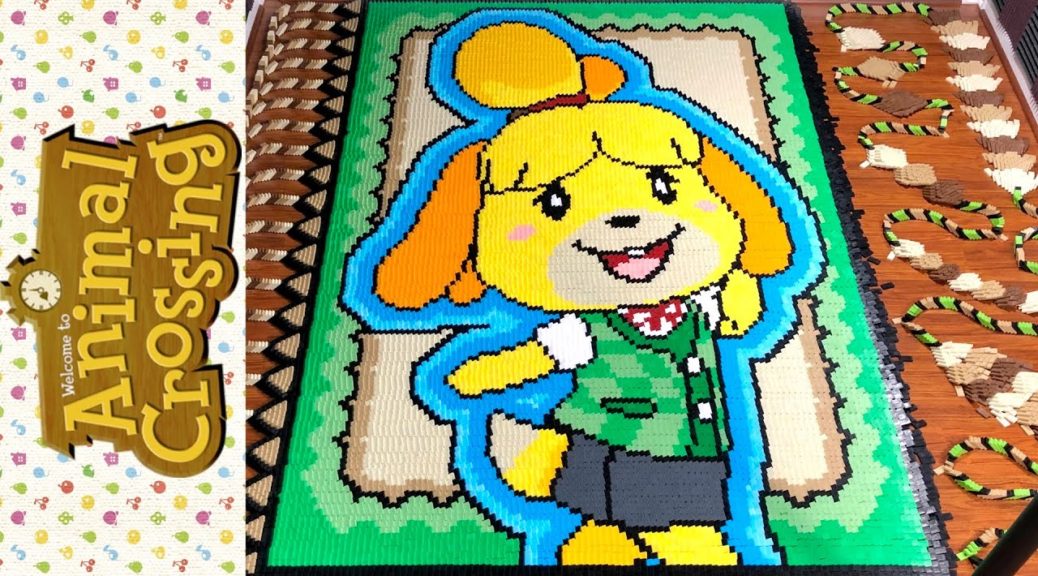 TheDominoKing on Youtube has shared a new video featuring fan favorite villagers and items from Animal Crossing to commemorate the release of Animal Crossing: New Horizons.

Tom Nook, K.K. Slider, and Isabelle all make appearance in this domino construction which took over 3 weeks to make. It also features the boxes for the 5 mainline games of the franchise.

Watch the full 86,887 Dominoes form these portraits in the video below.

After long last a new main series Animal Crossing game has finally arrived, and to show my appreciation to the series I’ve dedicated almost a month of my time to making iconic characters from the games in tens of thousands of dominoes! I know how there is a TON of villagers in Animal Crossing so I decided to go with more fan-favorite characters from the games such as Tom Nook, K.K. Slider, and Isabelle. Overall work for this video was spread amongst 3-4 weeks to make and consisted of 86,887 dominoes. As always I hope you enjoyed the video and if you did please like, comment, subscribe, and share this video anyway that you can, I greatly appreciate it.