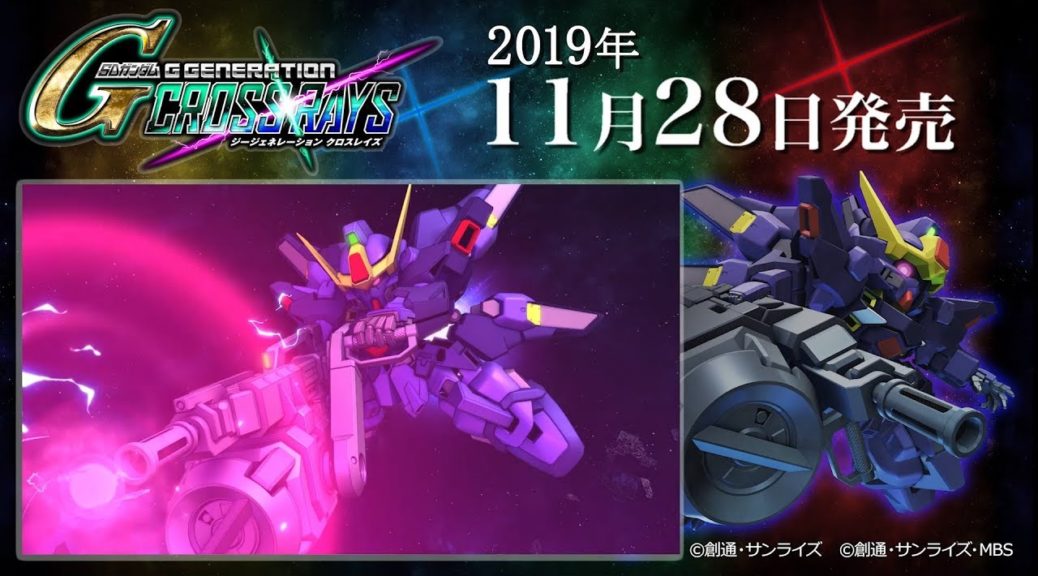 SD Gundam G Generation Cross Rays will be launching on 28th November 2019 in Japan and Southeast Asia (Singapore, Malaysia, Thailand, the Philippines, and Indonesia). As previously reported, the game will be coming with Japanese voice-over and English text.