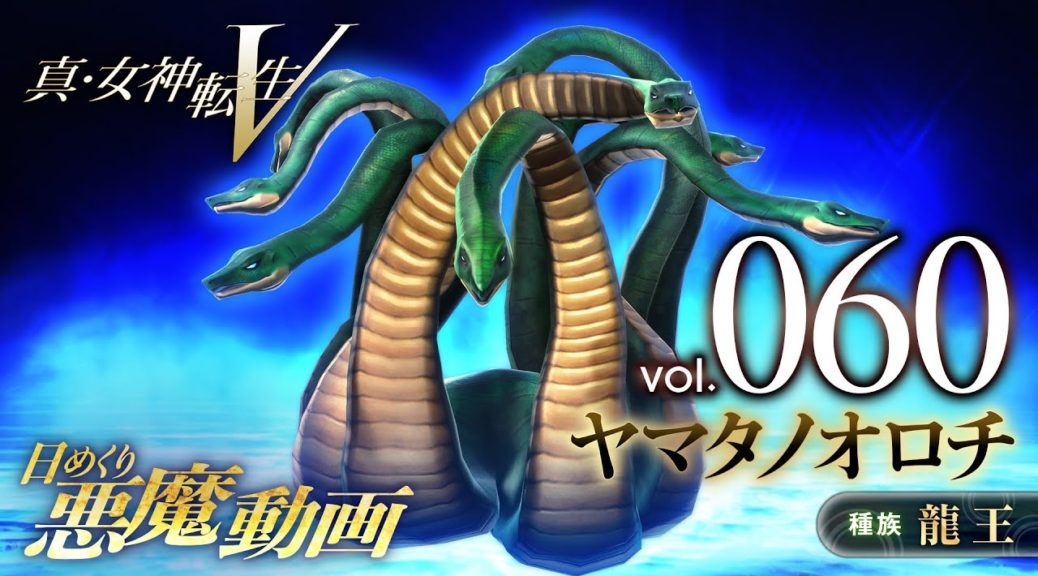 Today’s episode focuses on the snake Yamata No Orochi, showing off its design for the game along with its moves. You can watch the video below, along with an English translation posted by Zeruel4891 in the comments.

A gigantic dragon with eight heads and eight tails that appears in the Kojiki. It had eaten young women as sacrifices every year, but was killed by being sliced apart by Susano-o’s sword when it was drunk as part of a trap.