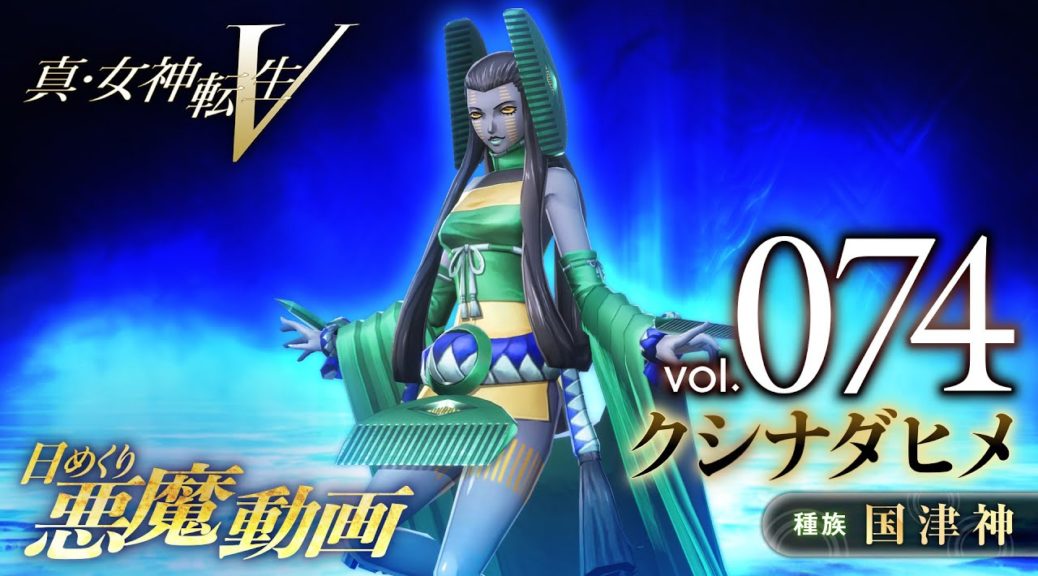 Today’s episode focuses on the kunitsu Kushinada-Hime showing off her design for the game along with her moves. You can watch the video below, along with an English translation posted by Zeruel4891 in the comments.

A goddess of Japanese mythology. She was born as the youngest of eight sisters, but lost all her sisters as sacrifices to Yamata-no-Orochi. She was about to be sacrificed herself, but she was saved by Susano-o, who arrived to slay Yamata-no-Orochi, and later became his wife.