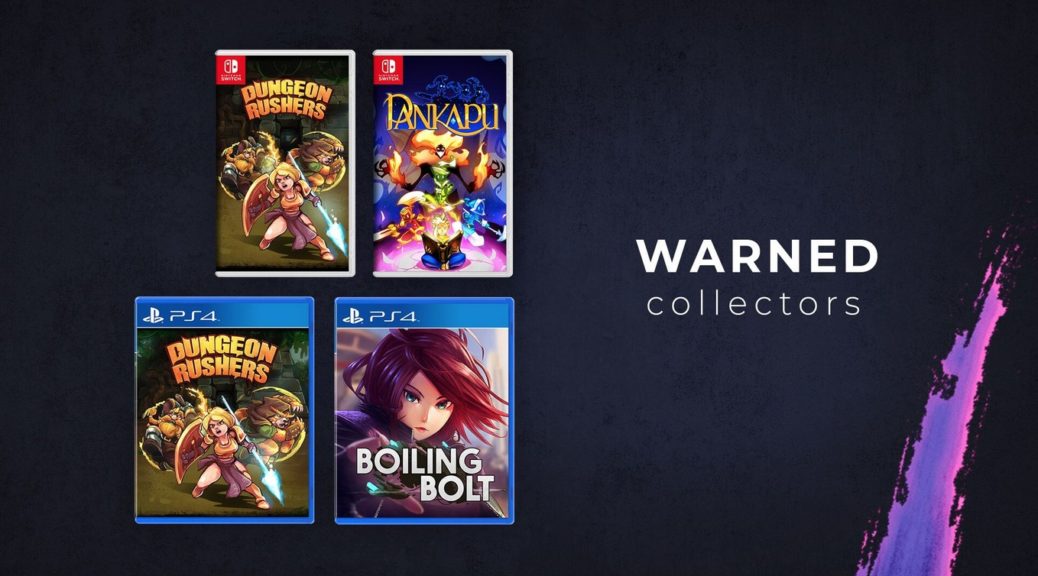 Pankapu will be released on April 24, followed by Dungeon Rushers on May 15. Also coming in the near future are Shift Quantum, Zombie Night Terror, Shape of the World, and Furi. No release dates for these at this point in time, but we expect them later this year.

Marchiol his founder. This exclusive partnership in the world of physical limited indie games will put lights on FURI, realised by The Game Bakers, available on SWITCH, PS4 and PC.

Right now, in Tsume’s creative studios, is preparing the concept of the main character of FURI, named Rider and created by the talented character designer Takashi OKAZAKI (Batman

Ninja, Afro Samurai), with a 1/10 figure in Xtra high quality finition by Tsume. One insane collector with exclusive contents is in the making !