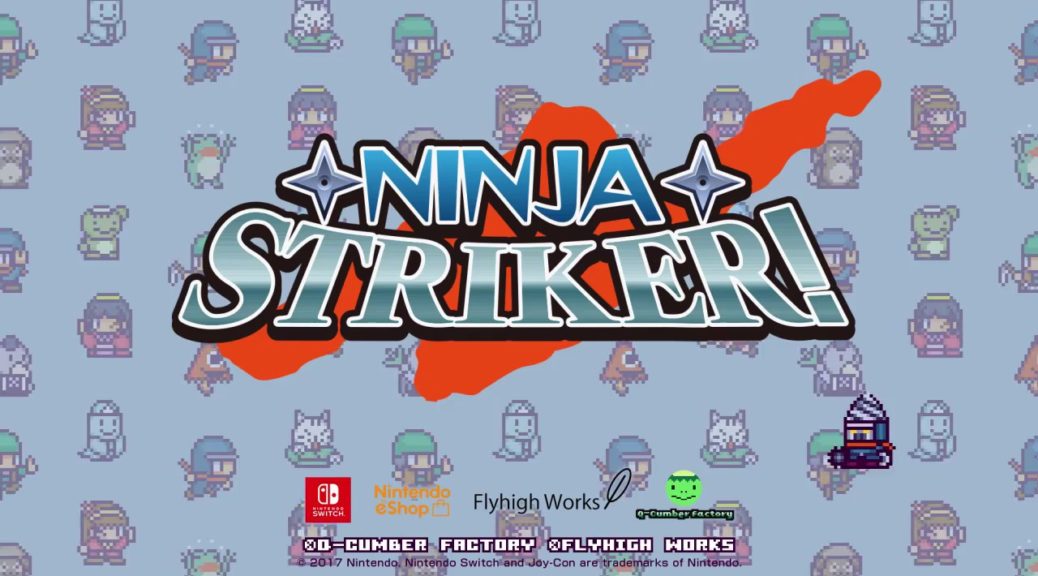 Ninja Striker is a colorful action game with retro-styled visuals. Players have to advance forward with as much speed, flair, and combo power as possible.

Ninja Striker! is a colourful action game with retro-styled visuals and ‘one more go’ gameplay. Check out the description below for more details:

If you want quickfire combos and fast-paced retro action, Ninja Striker is the game for you!

Ninja Striker takes visuals and music inspired by the 8-bit era and fires them up with modern touches. Heavily stylised around Japanese themes, your goal is to advance forward with as much speed, flair and combo power as possible. You have double jumps, homing attacks and a special ‘Shinobi Action’ at your disposal; only by mastering each with sharp reflexes will you make it through your quest.

You can choose between four characters, each with different abilities, and dash through a range of stages and Boss encounters. Each character changes up the way you play, meaning there’s a lot of fun to be had in battling through the campaign with each warrior.

With catchy music, varied locations and increasingly dangerous foes, Ninja Striker will keep you coming back for ‘one more try’. Boost and fight your way through for the highest combos, with maximum rankings of three stars per stage for the most skilful players.