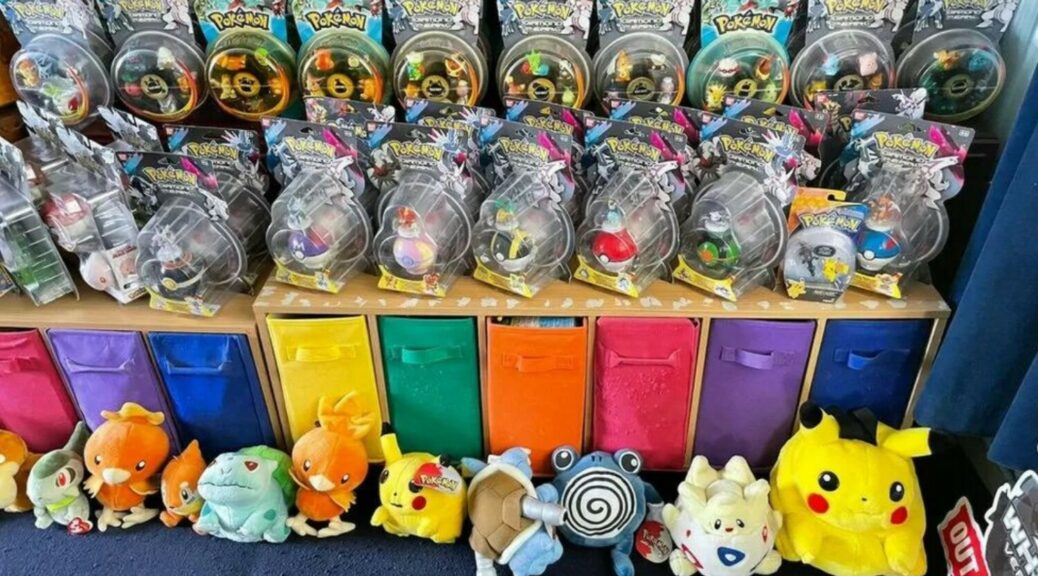 The BBC has shared that the world’s largest collection of Pokemon goods is being auctioned off by its owner later this month.

The collection is owned by an anonymous woman from Hertfordshire England, who is auctioning off the collection for “financial reasons” keeping only a few items of sentimental value. The portion of the collection being auctioned off comprises over 20,000 items, including “trading cards, video games, manga, films, posters, toys, action figures, books and more”. The Guinness World Record certificate that was bestowed upon the collection will remain on display at the Hertford Museum, where it has been part of its display on popular culture for some time.

The auction itself is set to be held on 18th October 2022, where it will be sold off as a single lot.  Derbyshire auction house Hansons estimates that the collection has a value of over £300,000.  David Wilson-Turner, head of the toy department at Hansons, had this to say about the auction:

“This is a fantastic once-in-a-lifetime opportunity to own the single largest collection of Pokémon memorabilia that has ever come to the market. It is currently being stored in a secure lock-up.”

“Pokémon has been soaring in value in the collectors’ market for six years.

“Wealthy young people in their 20s and 30s who got into Pokémon when they were children are buying and prices have spiked.

“This is a fantastic investment opportunity for a wealthy Pokémon collector or any wise investor.”