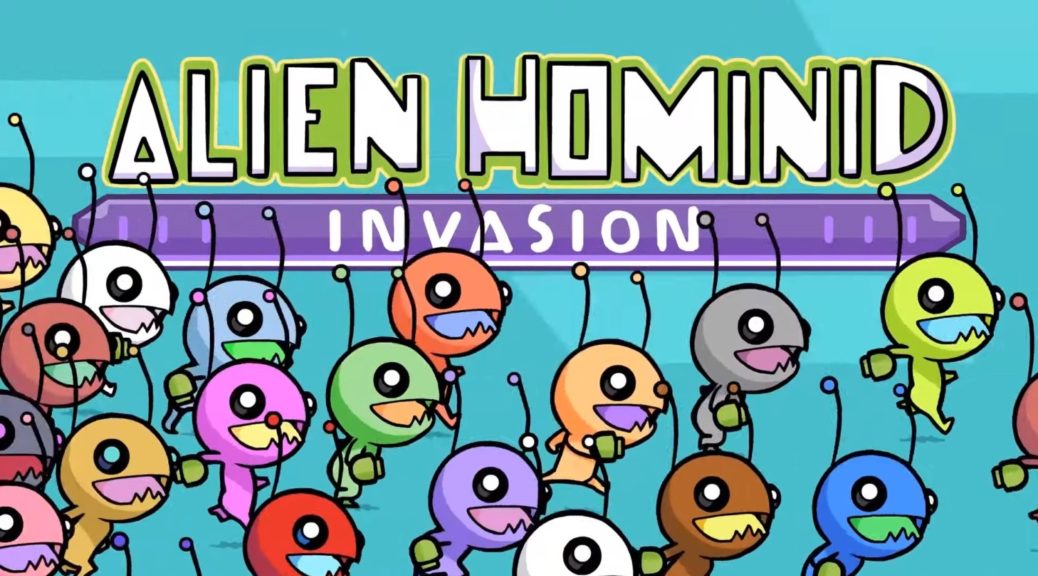 The Behemoth, developers behind Castle Crashers Remastered, have revealed their next existing project!

Today, the company dropped a new trailer for Alien Hominid Invasion – which will re-imagine the classic Alien Hominid with new gameplay, mechanics and more! You can check out the teaser trailer below, which shows the game’s new art style!

“Grab hold of something, and don’t get abducted — Game 5 is coming.

The Behemoth is excited to reveal a preview of their fifth game in development, Alien Hominid Invasion! The co-op arcade shooter will be an all new re-imagination of the studio’s first game, Alien Hominid HD.

Fans will be able to get a closer look and a hands-on experience of Alien Hominid Invasion gameplay at PAX East and EGX Rezzed, with more game details to be revealed during PAX.”

For now, we don’t have exact confirmation that the game will hit Switch – but we’ll report back as soon as we hear more! Stay tuned!