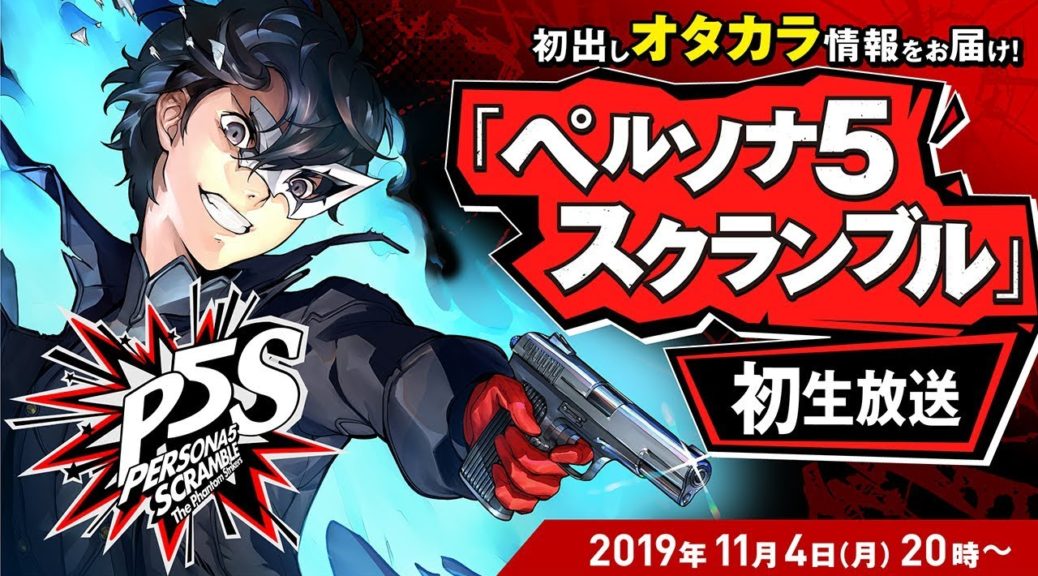 Earlier, Atlus has revealed the release date along with an official first look at the upcoming Persona 5 spin-off musou game, Persona 5 Scramble: The Phantom Strikers.

In addition to the earlier announcement, Atlus has announced that they will host a live stream on November 4, 2019 at 20:00 JST. It will be broadcasted via Youtube and the official Twitter account.

Watch it live on Monday via the link below: