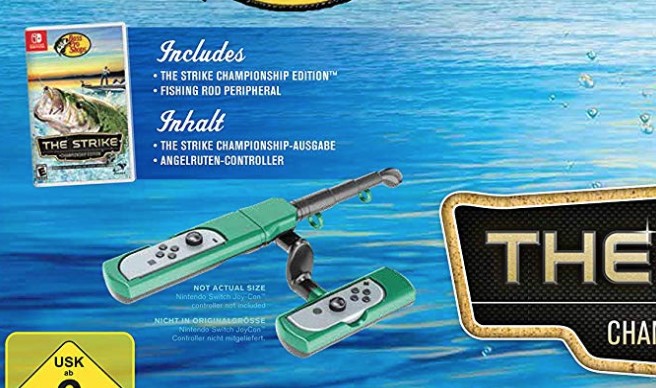 Bass Pro Shops The Strike was originally released for Wii in October 2011. Similar to the Wii version, the Switch version comes with a Fishing Rod peripheral that fits both the left and right Joy-Con.

The bundle and standard edition are scheduled to launch in Europe on November 2, 2018. Check out more pictures and screenshots below.