Bubsy: Paws On Fire! Coming To Nintendo Switch In 2019 | NintendoSoup 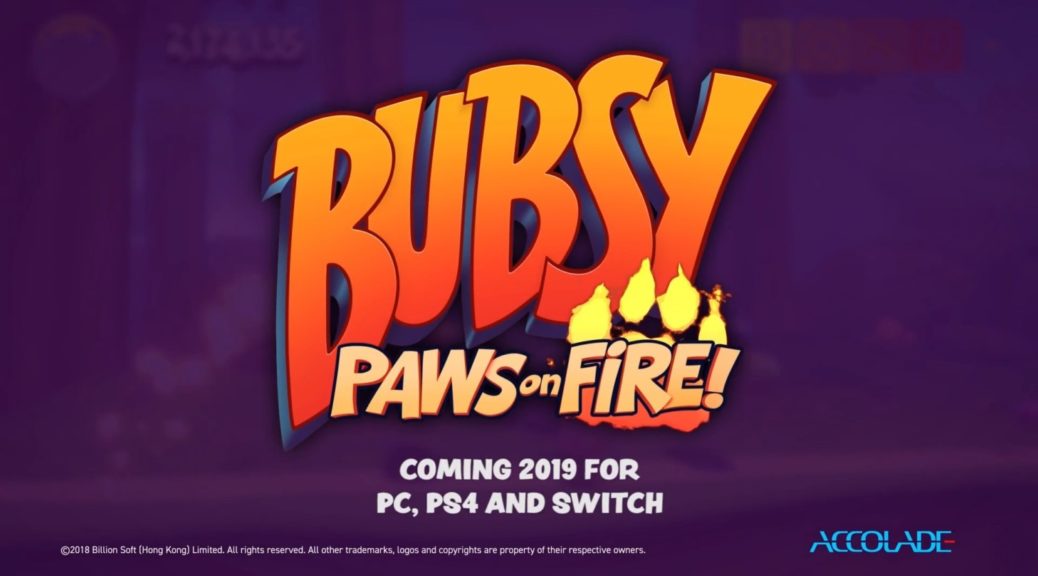 It seems like Bubsy the Bobcat is far from death’s door.

Accolade has announced Bubsy: Paws on Fire! for Nintendo Switch and other platforms. Choice Provisions, the developers behind Runner3, will be helping to make the auto-runner action game a reality.

This is the long-forgotten mascot’s second attempt at gaining relevancy again. The first attempt was Bubsy: The Woolies Strike Back, which was generally loathed by critics – and did not release on Nintendo Switch.

Check out a teaser trailer and overview (courtesy of Gematsu) below.

Bubsy: Paws on Fire! marks Choice Provisions’ first foray into the highly competitive world of bobcat-based video games. It’s also set to be Bubsy’s biggest adventure yet, with features such as:

When I told my agent I wanted my next game to be my best yet, he reminded me I was no longer his client and had his number changed. Luckily the suc-… er, developers at Choice Provisions still agreed to partner up with me. It’s amazing what a couple of sharpened claws can get you in this world!

After some productive meetings and even more productive threats we agreed to work with Bubsy on creating an auto-runner worthy of his stature. And when that was done we scrapped it and made a good game instead.