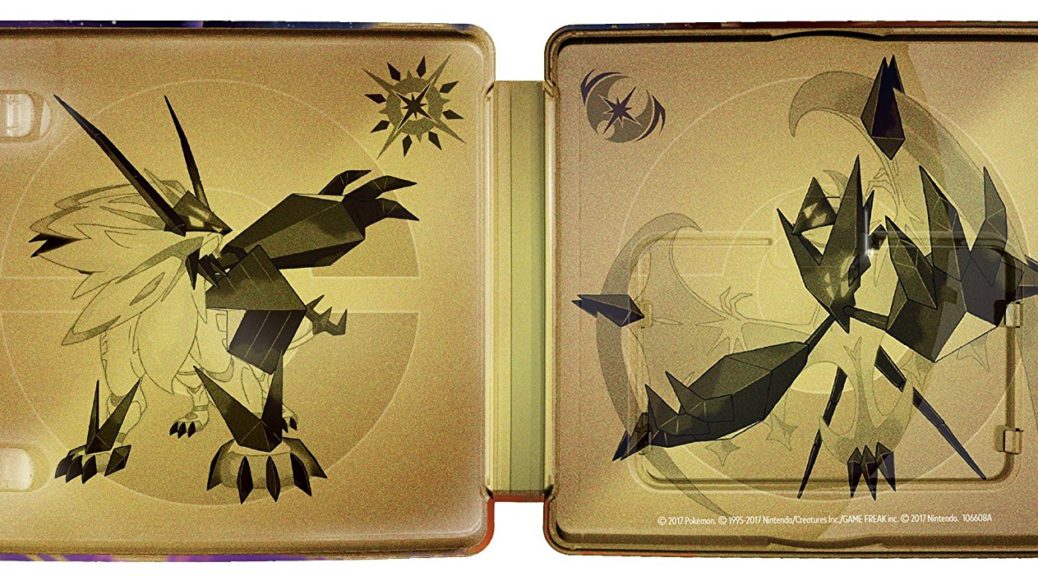 When Pokemon Sun and Moon were released last year, a special dual pack which came with both versions of the game was released exclusively on Amazon. This year, it appears the same is going to happen with Pokemon Ultra Sun/Ultra Moon.

A listing for a Pokemon Ultra Sun/Ultra Moon Steelbook Edition Dual Pack has been spotted on Amazon Canada. The Dual Pack comes with both copies of the game and a special steelbook, featuring Solgaleo and Lunala on the outer artwork.

This time round, the interior of the steel book has also been decorated with line art of both legendary Pokemon on a gold background.

You can grab a pre-order for the Dual Pack on Amazon.com here (ships worldwide).