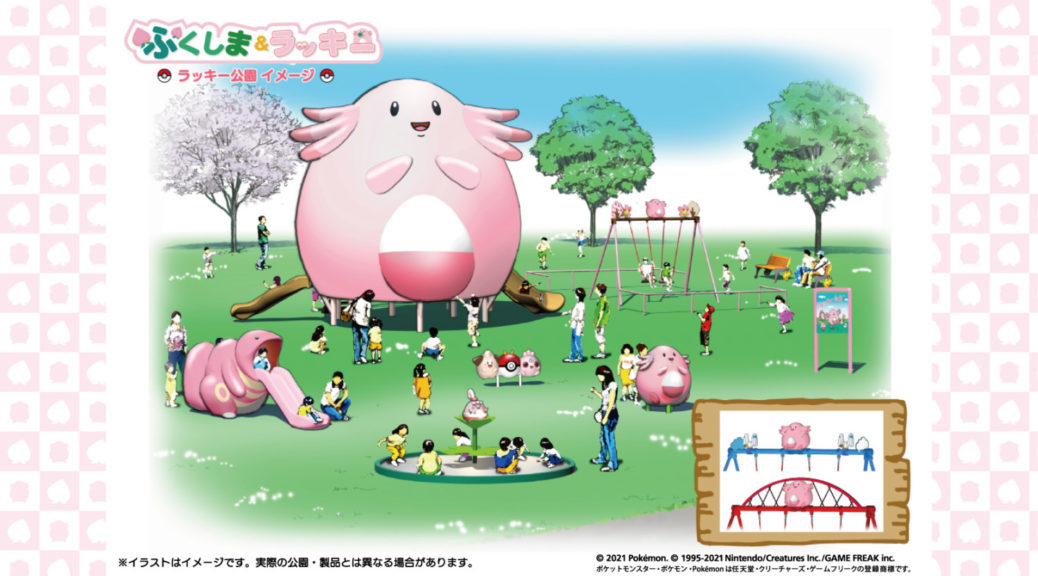 It looks like young Pokemon fans in Japan will be able to hang out with Chansey and other Pokemon friends later this year!

As part of its ongoing Pokemon Local Acts initiative, The Pokemon Company has announced the construction of “Chansey Parks” (or “Lucky Parks”) in Japan’s Fukushima Prefecture. As seen in the concept artwork above, the playgrounds is planned to feature Pokemon-themed slides, swings, and more!

Here are some photos from the press conference itself, where a mascot of Chansey was also present:

What do you think? Would you love to visit these Chansey Parks yourself in the future? Feel free to share below!