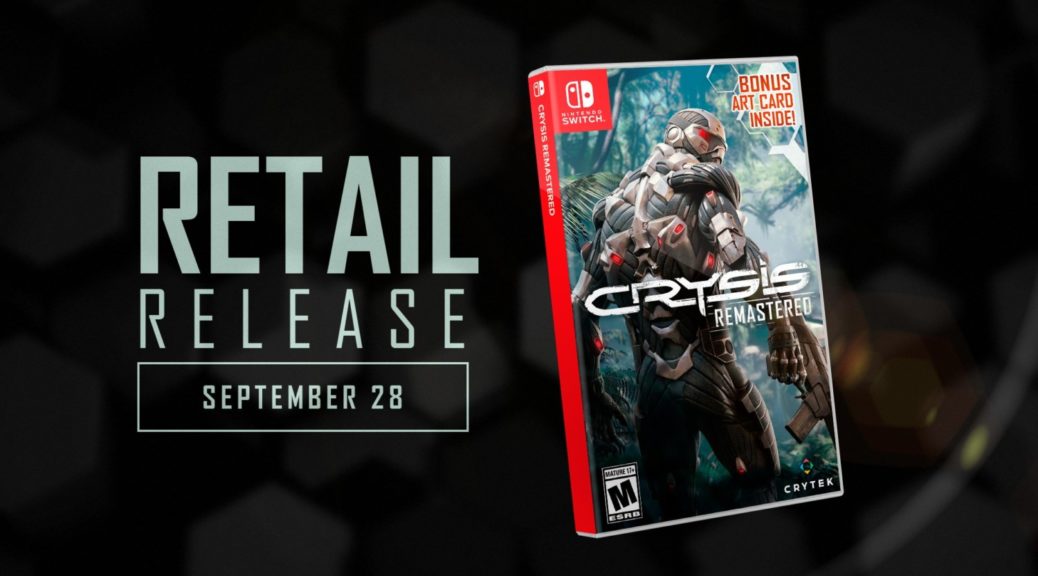 Crytek has announced the release date of the physical edition for Crysis Remastered on Switch.

The updated re-release of the cult classic FPS will be launching physically for Switch on September 28th. The retail copies of the game will include an exclusive bonus art card, while some Day 1 orders will include a collectible art card signed by the development team. According to Crytek’s news post, only 20 of these signed collectible cards exist, distributed randomly among the Day 1 orders.

Switch players! #CrysisRemastered is coming out for retail on Nintendo Switch on the 28th of September!

Retail version copies will include an exclusive bonus art card & some fans may find a collectible art card signed by the developer team & placed randomly in Day 1 orders ? pic.twitter.com/D2V3t0cVA3