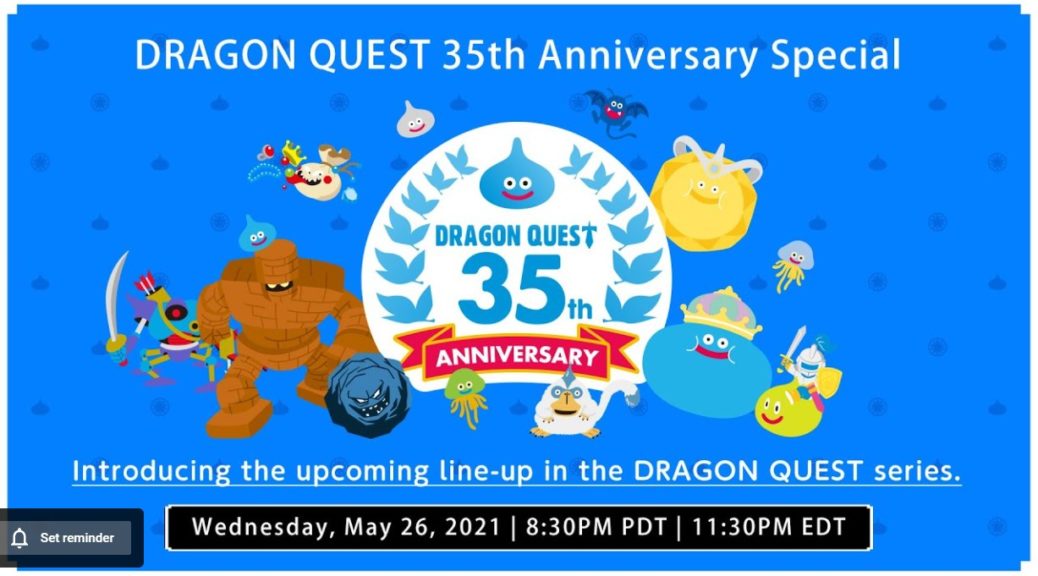 Square Enix will be kickstarting the Dragon Quest Series’ 35th Anniversary via a live stream later this month!

As mentioned on Square Enix’s announcement (and as teased by Yuji Horii last year), there will be news regarding all the latest developments in the series, including some of the hottest games coming in the near future. This could mean that might hear more about Dragon Quest XII which began production in 2019, the upcoming new Dragon Quest Monsters game, and the new RPG titled Dragon Quest: The Adventure of Dai – Infinity Strash.

【DRAGON QUEST Series 35th Anniversary】
The legendary JRPG series, DRAGON QUEST will be celebrating its 35th anniversary on May 27th, 2021 (Japan) since it’s very first release!
To commemorate the occasion, a special live broadcast where latest developments in the series and the hottest news on the games coming to Japan in the near future, will be unveiled.
The show will be in two parts, where part two, “DRAGON QUEST Series: Lates Line-up”, will be broadcast with simultaneous interpretation in English, Mandarin Chinese, and Korean. We hope to celebrate this special occation with all of you! 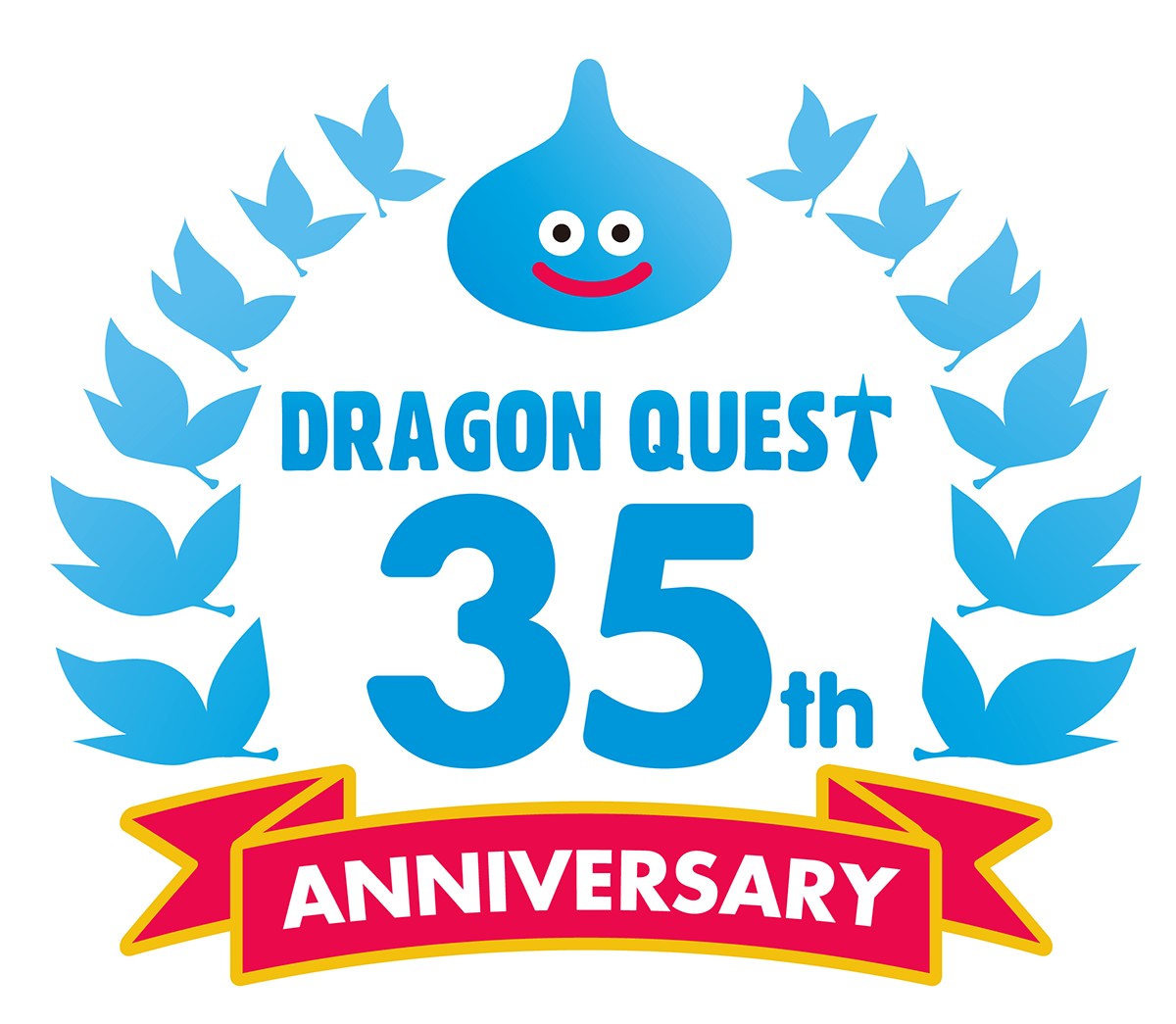 Here’s the link to the special live broadcast:

Introducing the upcoming line-up in the DRAGON QUEST series. May 27th (Japan) is Dragon Quest Day, and to celebrate the 35th anniversary of the series, we’re bringing you a special broadcast to showcase all of the latest information about what’s going on—and what’s yet to come—in the world of DRAGON QUEST. For the first time in DRAGON QUEST history, the show will feature live interpretation from Japanese, so that our international fans can stay up-to-date with developments in the DRAGON QUEST series, too. Don’t miss it, or you’ll miss out!