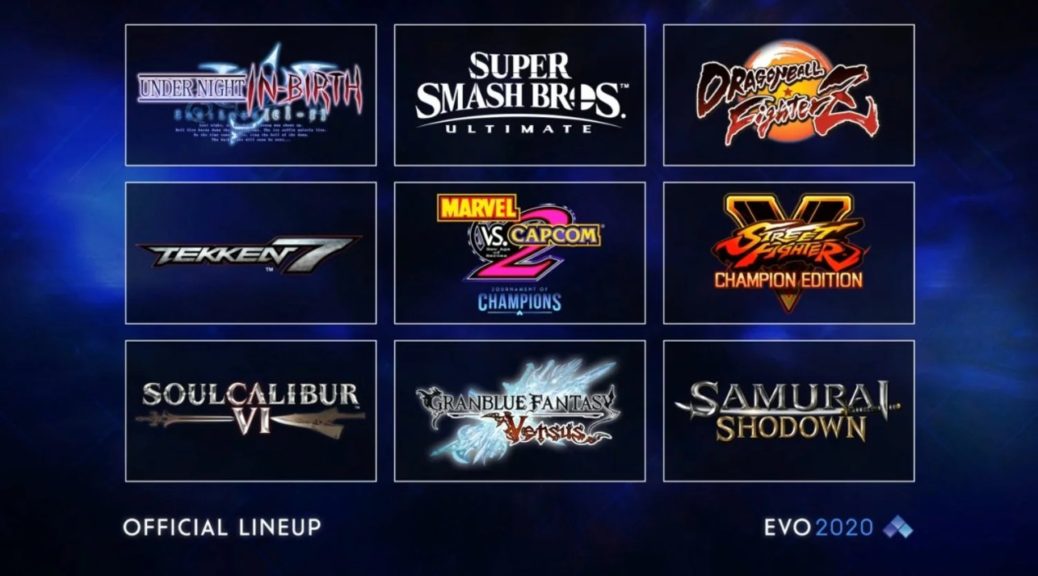 Get ready for some close shaves and many KOs – because we finally know what games will be spicing things up at EVO 2020!

The Evolution Championship Series has revealed the official line-up of games for the fighting game tournament, which will run from 31 July 2020 to 2 August 2020 at Mandalay Bay, Las Vegas. This year will see Super Smash Bros. Ultimate make its return following its debut in EVO 2019 – while Mortal Kombat 11 will unfortunately be dropped this year. After being booted out of EVO 2019, Super Smash Bros. Melee will also remain absent this year.

As you can see above, the main line-up of games will be as follows:

EVO 2020 will also host a special tournament for Marvel Vs Capcom 2 called “20urnament of Champions” to mark the game’s 20th anniversary.

What do you think of the games that will feature in this year’s EVO? Will you be tuning in to see who wins Super Smash Bros. Ultimate? Feel free to share your thoughts below!