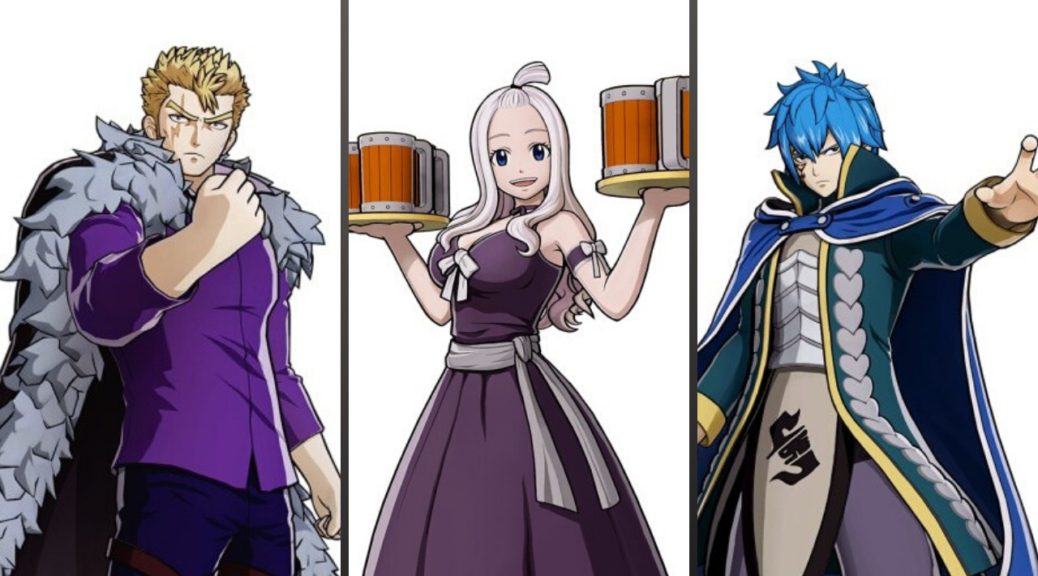 Looking forward to the upcoming FAIRY TAIL RPG adaptation on Nintendo Switch? Gust and Koei Tecmo are back with the reveal of even more additions heading to the game!

This time, we have the reveal of even more playable characters that players will be able to recruit into their party. These new characters are Laxus Dreyar, Mirajane Strauss, and Jellal Fernandes.

Additionally, we get a close look at the game’s character conversation system. Namely, Bond Conversations will occur between characters that battle together often, and individual characters will also have their own ‘Character Stories’ where they talk with their teammates and gain new battle skills!

Burlingame, Calif. – December 12, 2019 – KOEI TECMO America and developer GUST Studios revealed all-new playable characters today for their upcoming magical JRPG, FAIRY TAIL, available March 20, 2020 on the Nintendo Switch™ and PlayStation®4 computer entertainment system, and on March 19 for Windows PC via Steam®.In FAIRY TAIL, players can build a five-character dream team from a roster of over 15 playable characters as they adventure across the Kingdom of Fiore in their quest to raise FAIRY TAIL to the top guild in the region. New characters announced today include the fan-favorite user of “Heavenly Body Magic,” Jellal Fernandes from Crime Sorcière; the “Drawing Card” of FAIRY TAIL, Mirajane Strauss; and the “Thunder Dragon Slayer” and grandchild of Makarov, Laxus Dreyar.

As characters fight together in the same party, their bonds gradually strengthen, and as their friendship level increases, special conversations will play out, including original dialogue written specifically for the FAIRY TAIL game. Stronger bonds also allow for enhanced attacks. For example: the powerful Magic Chain ability can last for a longer period of time after teammates establish a significant bond. In addition, playing through the game’s original character relationship stories as well as the main the story will raise the party member’s Character Rank, unlocking a bounty of new battle skills.

Purchasing any version of the game, physically or digitally, within a limited time from launch will also unlock the Early Purchase Bonus special costume for Erza – which will have its designed revealed closer to launch.

FAIRY TAIL for Nintendo Switch launches on 20 March 2020 worldwide. We’ll report back when we hear more.
Source:
PR Email, Via