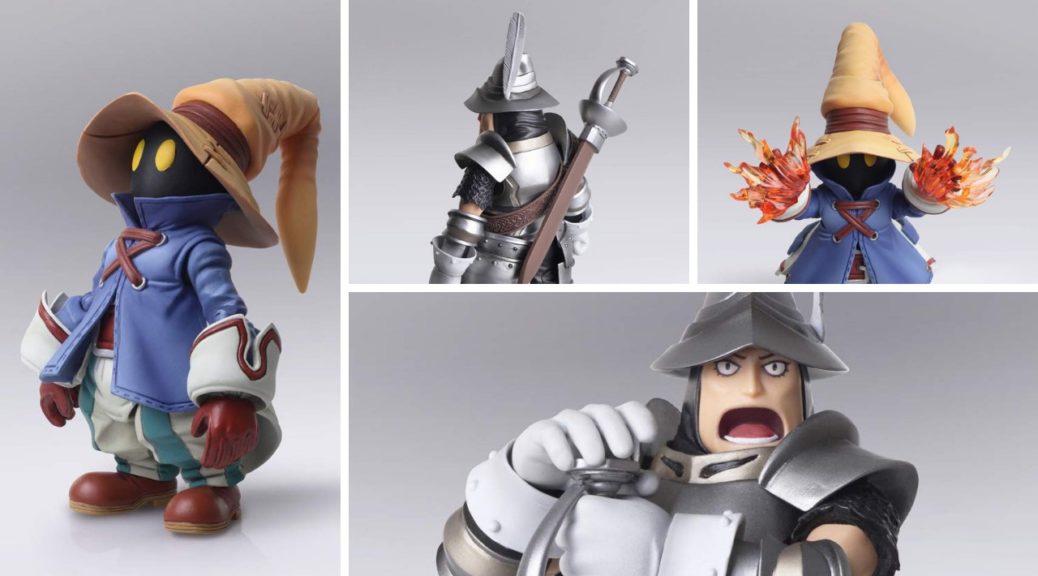 The two-figure set will include a healthy set of accessories – including multiple weapons for both adventurers. Vivi even gets some firey effect parts – so you can capture the Black Magician casting some Firaga action on camera!