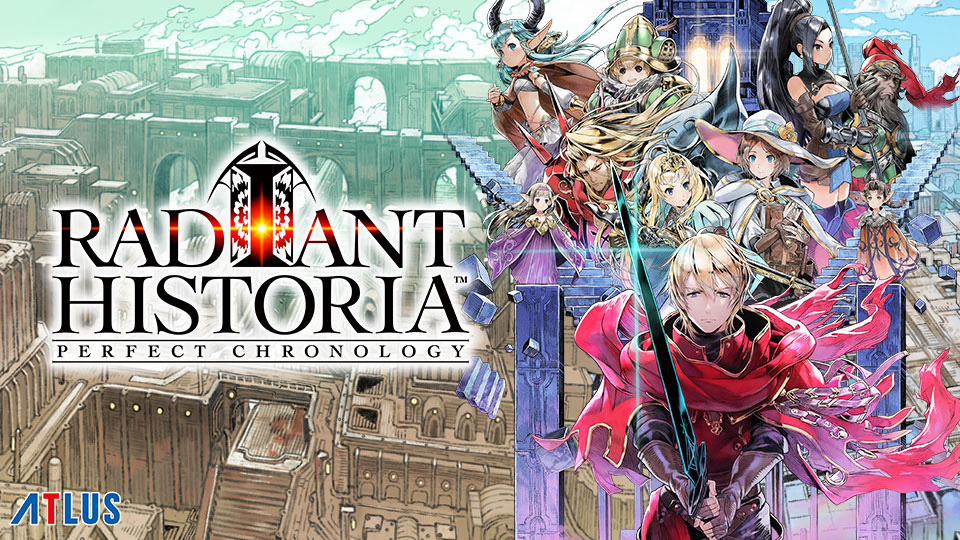 In early 2011, Atlus USA brought Radiant Historia over to the US late in the lifespan of the Nintendo DS. The title, while universally praised by critics, didn’t garner the enormous commercial success it probably deserved and was somewhat passed over by many in the handheld community, myself included. It’s a bit odd that as fate would have it, Atlus chose to bring an updated remake of the DS classic to the 3DS while the 3DS seems to be on its last legs. Radiant Historia: Perfect Chronology takes the original formula, expands on it, adds full voice acting and animated cutscenes. But in 2018, with the Nintendo Switch off and running, are those tweaks enough to take an already good game and make it great?

When you fire up Radiant Historia: Perfect Chronology, you’ll be less than excited by the visuals. At least initially. In the era of 4K, nothing you’ll see on the 3DS screen is going to blow your mind. It’s worth noting, however, that the anime art style used in the conversations and cutscenes adds a lot to the aesthetics. It looks polished. At times, it even looks quite good. The next thing you’ll notice is the music. Oh, the music. I’m a bit of a sucker for well done game soundtracks and this game has a good one. The music for the original game was written by Yoko Shimomura – best known for her work on the Kingdom Hearts series and Legend of Mana – and the composer is back to bring Perfect Chronology a brilliant sound that meshes extremely well with the gameplay, combat and environments the title offers.

But while the sights and sounds of Radiant Historia: Perfect Chronology capture your attention first, this game truly shines in the story and characters. Radiant Historia tells the story of an accomplished soldier named Stocke who gains the ability to travel back and forth through time, exploring the consequences of different choices he makes as he aims to prevent the end of the world. During the game, you’ll find Stocke needing to jump through split timelines with alternate, branching paths and checkpoints called “nodes” where Stocke can return as needed. This lets you, the player, progress through these time loops, leaping back and forth across history to approach important decision points and make a choice. Choices have consequences, of course, but much like the 2014 Tom Cruise film “Edge of Tomorrow,” the wrong choice gets you put back on a loop to make the right choice. Unlike that film, however, Stocke has some much needed guidance to navigate the timelines and find the right course of action.

If that sounds a little challenging, it’s because it is. After a while, if you experience a bit of deja vu, it’s because you actually are watching the same cutscenes over and over again. Lucky for me, this remake comes with a “friendly mode” that allows a more casual gamer to experience Historia with more immediacy. I ended up being able to skip some of these cutscenes, repeated battles and dialogue and get back on track. This mode wasn’t available in the original game but I found it to be a mandatory addition to the remake. I don’t know if “friendly mode” makes the game easier but it certainly makes the game seem less tedious. Props to Atlus in this regard.

The story in Radiant Historia is thrilling and packs an endless amount of back-and-forth fun. But with boring characters, it would just be another game. Where Historia shines mightily is in these characters. Stocke is the motor of the story and a bit of a badass. He’s a highly compelling, sympathetic and charming character you don’t always see in video games these days. His companions, Raynie and Marco, elevate the dialogue and gameplay significantly as they aid Stocke on his mission to defend Alistel from the Granorg Army, the Sand Plague and the Black Chronicle. In Historia, a world free of time, Stocke engages overseers Teo and Lippti who help him understand his choices and actions. These two are the high school counselors of the game’s unique storyline. They take no issue letting Stocke know that adulting is hard and saving the world will require brains to go with brawn.

There’s a somewhat traditional JRPG battle mechanic at play. You can equip skills and items to characters, level up those characters, acquire money to get upgraded weapons and armor and use strategy in battle to thwart the enemy. It’s not a unique battle system. It feels familiar. It feels rewarding and enjoyable. It never feels boring. And it’s that last bit that I keep coming back to – it never feels boring.

Underneath all of Radiant Historia’s JRPG elements lies a visual novel I wasn’t really expecting. There’s a ton of dialogue to be found here, most of it compelling and I really found myself getting sucked into the details of the story. Sure, you might end up accomplishing very little but reading dialogue, look up at a clock and see that an hour has gone by. But that hour was never boring in the slightest. No matter how tedious the game wants to get, no matter how much dialogue the game throws at you, no matter how cliche the battles end up feeling, I was always having a good time, caring deeply about Stocke and his squad and I had a hard time putting my 3DS down. If that’s not the hallmark of a really good game, I don’t know what is.

For fans of the original, Perfect Chronology aims to be the definitive edition of Radiant History. For someone like myself, new to the story and lore, Perfect Chronology is something a bit more.  It’s a love letter to JRPG fans. A swan song of sorts for the genre on traditional Nintendo handheld devices and a game that truly sucked me into its story. I cannot recommend it enough. It’s a title that belongs in every 3DS collection and probably belongs on the Switch as well. If 2018 ends up being “The Year of the Port” for Nintendo consoles, Radiant Historia: Perfect Chronology is going to be next to impossible to top.

A re-imagined, world class bisque. This thing needs a sequel.

Radiant Historia: Perfect Chronology arrives in stores and on the eShop on February 13.

A digital copy of Radiant Historia: Perfect Chonology was provided by Atlus for review purposes.