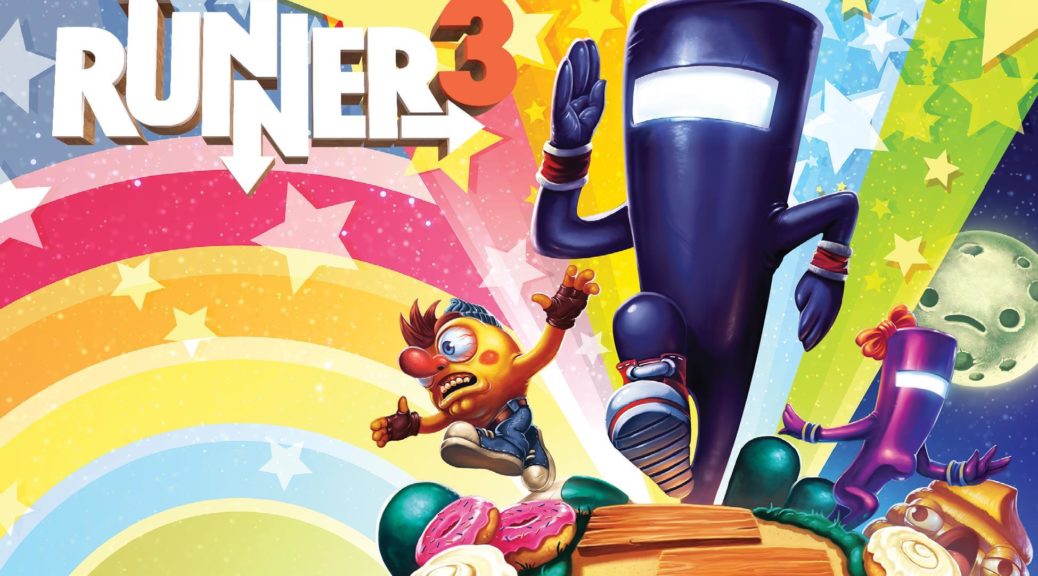 8 years ago, Bit.Trip Runner first released on the WiiWare service as part of the popular Bit.Trip series. Then 5 years ago, its sequel Bit.Trip Presents… Runner2: Future Legend of Rhythm Alien  graced the Wii U’s eShop. Both games were absolutely fantastic, so the Switch’s Runner3 has a long legacy to live up to. Does this thrilling three-quel live up to the promise of its predecessors? Or will the brave CommanderVideo fall face-first into a failure of a flop? Read on to find out.

The basic gameplay is quite similar to its predecessors. The game plays like a mix between a rhythm game and those minecart stages from the Donkey Kong Country games. CommanderVideo (or whichever character you choose) automatically runs along a preset path, and players must jump to collect gold and avoid obstacles. Other abilities including a kick, fast-fall, slide, and double-jump, are added throughout the game’s first world and gradually expand the Commander’s capabilities. Each action is carefully timed with the music, and having a decent sense of rhythm is a requirement to get far in the game. For fans of the previous Runner games, the gameplay should feel familiar yet fresh. The fast-fall and double-jump mechanics are brand-new to the series, and lend a very different feel to the core gameplay.

Also added to the mixing pot for the first time are vehicle segments in some stages. The vehicles take on a different appearance in each world, but there are essentially three different vehicle types: a rocket, a minecart, and a car. These vehicles occasionally feel a bit gimmicky, especially on easier stages, but they don’t overstay their welcome. All in all, the vehicles do a decent job of adding variety to the gameplay. 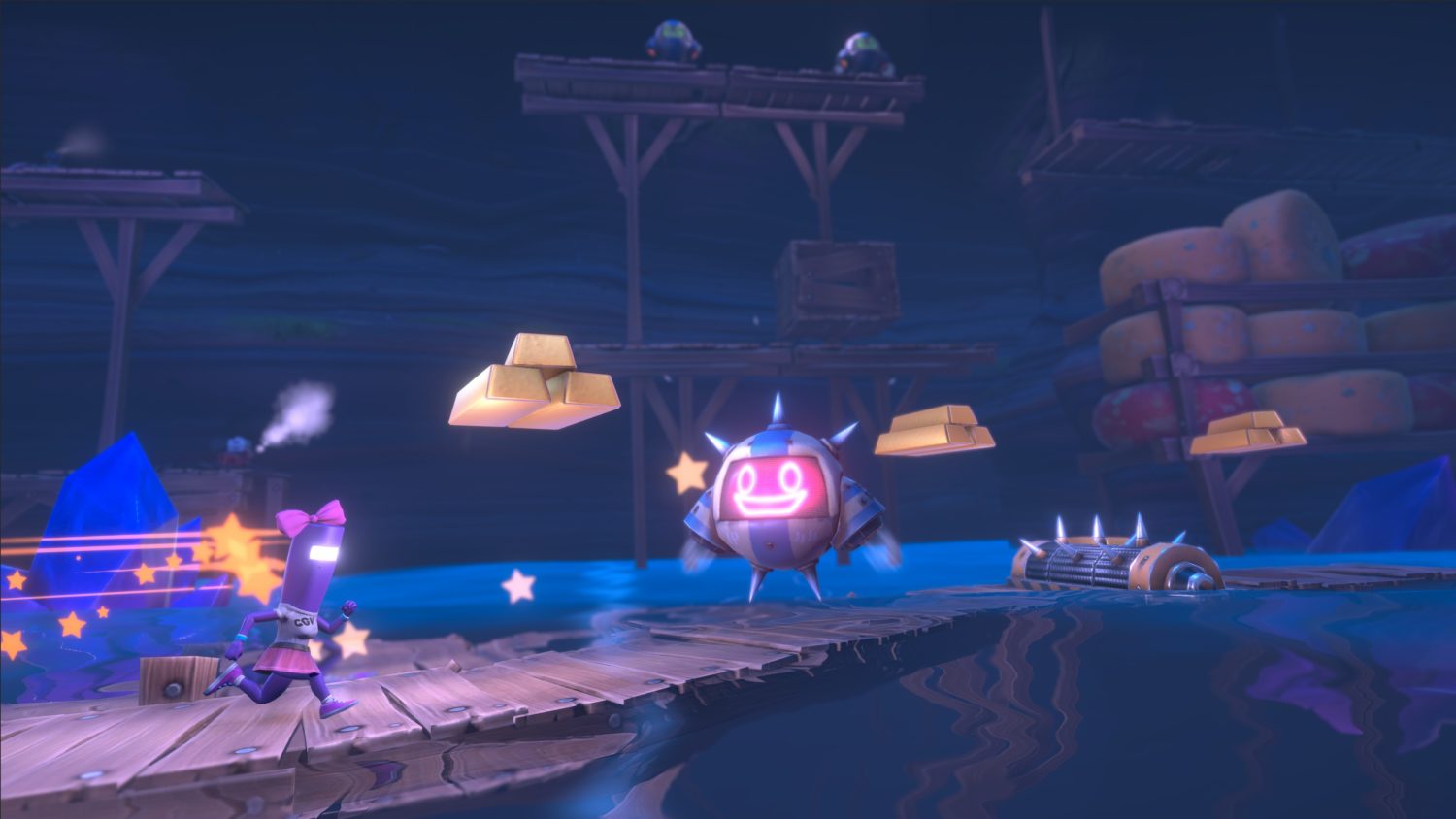 Come to think of it, “variety” might be the one word that sets Runner3 apart from the first two Runner games. In previous titles, levels in the same world were visually indistinguishable from one another. Stages were built out of a few basic building blocks. This allowed for a large number of stages, especially in Runner2, which boasts nearly 100 levels. Runner3, on the other hand, takes a different design philosophy. Each of the main game’s 27 stages is highly unique, each with its own visual style and gameplay obstacles. And rather than running across a simple 2D stage, you’re running through a highly detailed unique 3D environment in every level. This is quite the accomplishment for such a small team, and makes Runner3 feel like it builds upon and expands Runner2 as much as Runner2 built upon the original Runner.

The main game only has 27 stages, but Runner3 still has plenty to do. Each level has two unique routes: a Gold Run and a more challenging Gem Run, which only unlocks after beating the level for the first time. Often, the routes are so divergent that it really feels like two stages in one. In addition, there are collectible puppets (which unlock highly entertaining cutscenes), Hero Quest items (which unlock new characters), and devilishly-hidden Character Medallions. (I’m not sure whether these unlock anything, since I’ve only managed to stumble across 2/11 of them according to the in-game stats.) 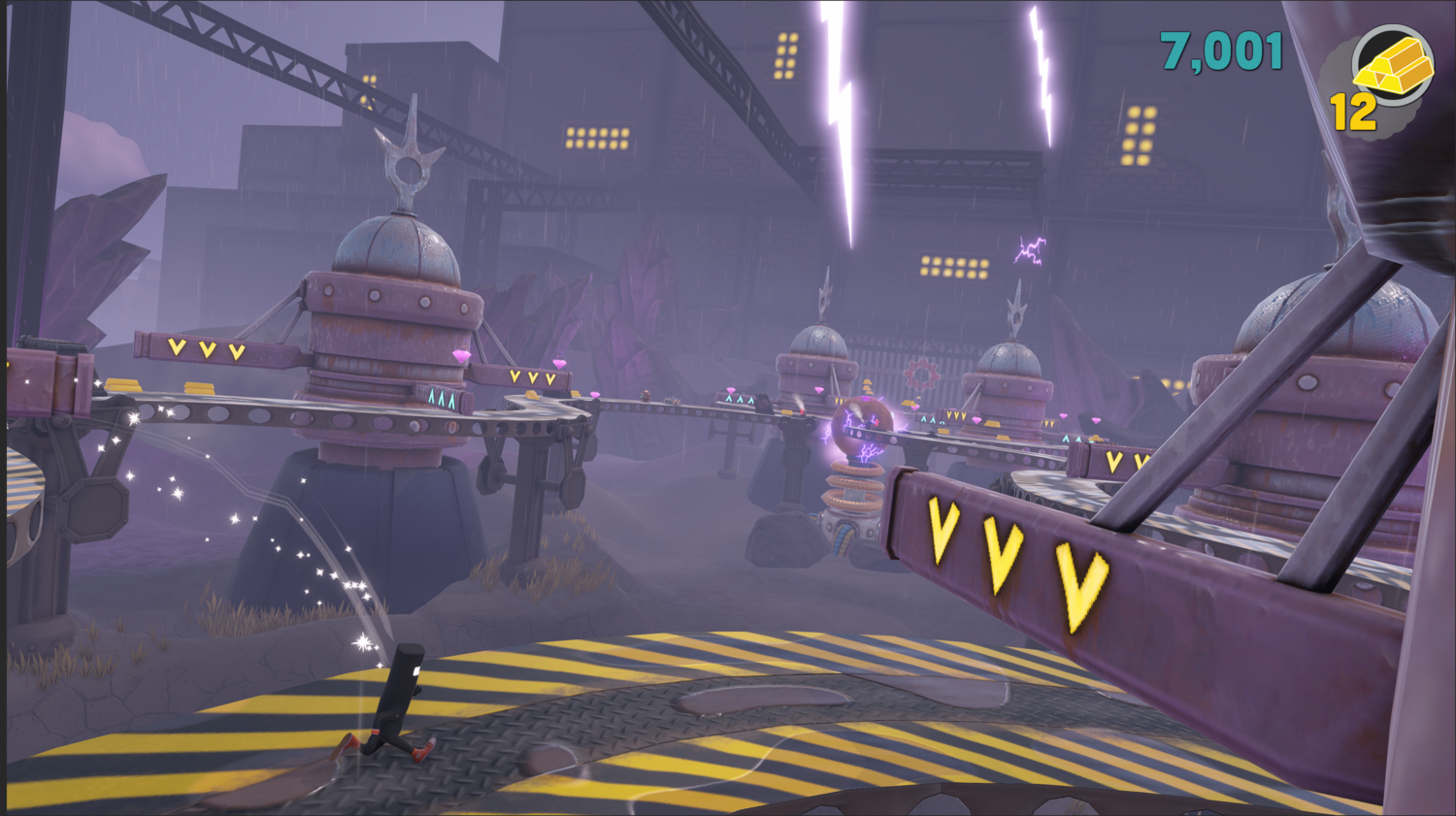 In addition to the 27 main levels, there are also 9 Challenge Levels. And let me just tell you, the developers were not messing around when they made these stages. I was only able to complete the first three Challenge Levels, and only after several hours on each of them. The precision and muscle memory required to complete these levels (much less grab every Gold and Gem along the way) were so intense that my arm and hand were sore for days after beating them. After such a grueling experience I decided to ignore the remaining Challenge Levels, at least for now. Play these at your own risk, or better yet, don’t play them. They’re that brutal!!

Runner3 also features an entire 2D platformer called the Retro Challenge, which can be played by finding the hidden VHS tape in each world. The Retro Challenge game lets CommanderVideo move freely, jumping around stages and dashing into enemies to defeat them. It also features a cartoon-inspired art style and a guest soundtrack by Stemage. The stages are short, and high scores are obtained by clearing the levels as quickly as possible while grabbing all 5 Gildans (coins) along the way. While the gameplay is quite basic for a 2D platformer, the fantastic music and art style makes it worth spending some time on the Retro Challenges. (Plus, you need the coins from the Retro Game in order to buy costumes for your characters.)

And speaking of characters, there are a lot of them: the original CommanderVideo and his female counterpart CommandgirlVideo are available from the start, with the rest of the 11 characters being unlocked through Hero Quest items. Shovel Knight makes a guest appearance (that guy is in everything!), and you can even play as Charles Martinet, Runner3’s narrator (and the voice of characters like Mario, Luigi, and Paarthurnax). My personal favorite is easily Dave. Each character has a variety of costumes, and can equip various capes and accessories purchased using Gems (Gem Runs) and Gildans (Retro Challenge). Runner3 has a huge amount of optional cosmetic content, and all of it is unlocked with in-game currencies: Runner3 is completely free of micro-transactions.

This kind of attention to detail is common throughout the entire experience of Runner3. The game excels on the presentation front. Graphically, the looks and runs great on Switch. The soundtrack (important in a rhythm game!) is varied and extremely catchy. The game’s worlds and characters are oozing with creativity and quirky personality, at times cute, creepy, or just a little grotesque. The optional puppet shows (unlocked by gathering all 9 puppets in a world) are a hilarious highlight, and Charles Martinet’s fantastic narration ties the whole game together. 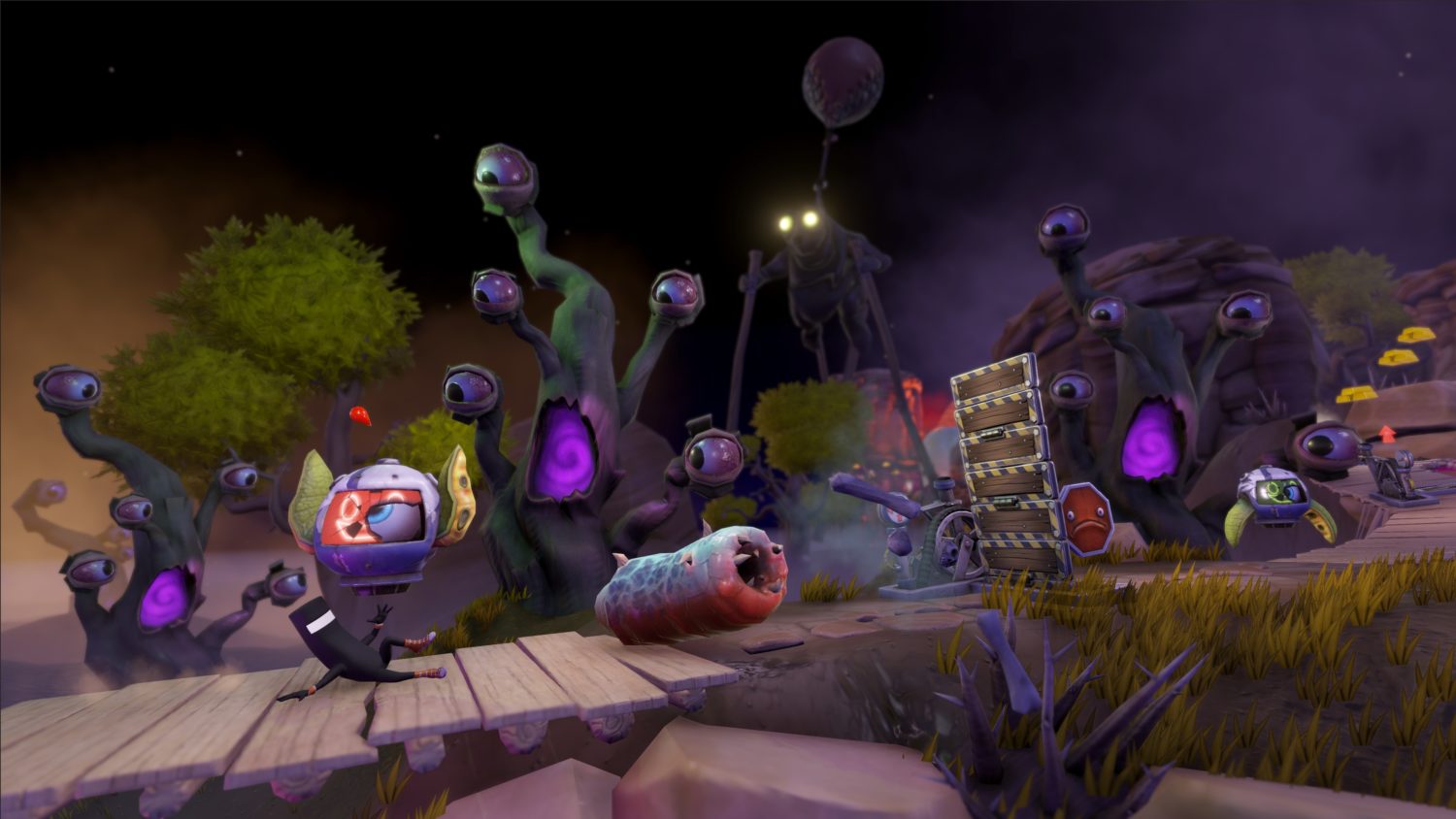 Runner3 is a three-quel that builds upon its predecessors in all the right ways, mixing up the gameplay and crafting gorgeous stages for CommanderVideo to run, jump, kick, and slide his way through. Perfectly polished and full of personality, Runner3 is a joy to play. If the gameplay seems appealing to you, pick it up immediately.

Soup Verdict: Runner3 is a perfectly seasoned soup that will surpass your expectations!

A review copy was provided by the developer for the purpose of this review.