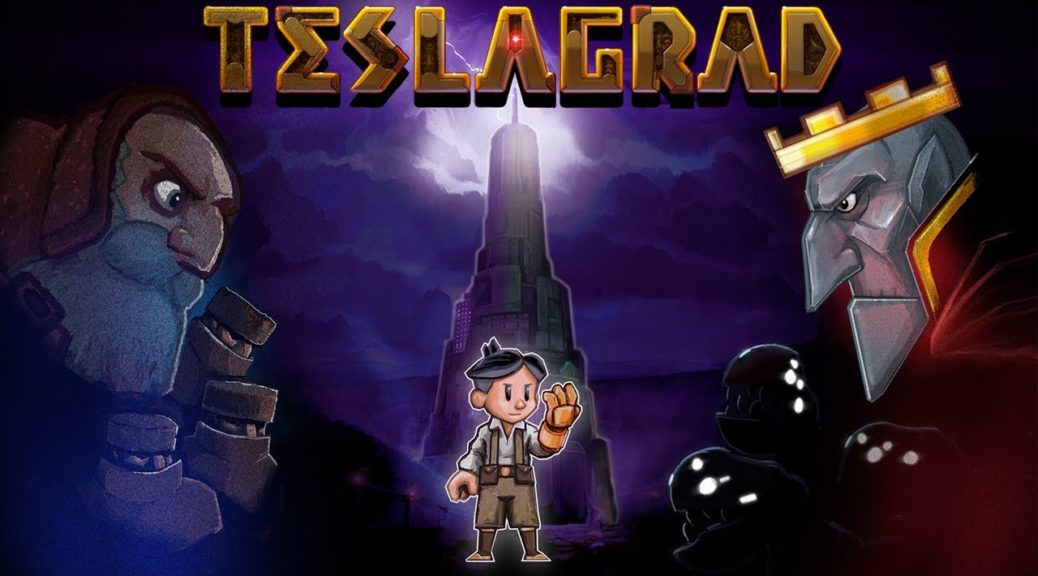 The Nintendo Switch has become a bit of a safe haven for Wii U ports as of late. Pokken Tournament DX comes to mind as the most recent in popular Wii U titles to get a slight tweak and a promotion to a bigger dance. There have been a flurry of eShop games making the transition from Wii U to Switch as well. Among those titles is a 2D side-scrolling puzzle-platformer named Teslagrad that, much like the title may suggest, will either attract or repel you.

Originally released on Steam, Teslagrad found itself on the Wii U in 2014 before making the rounds to the Playstation 3, Playstation 4 and other consoles thereafter. Developed by Rain Games and produced by Square Enix, Teslagrad was reported to have sold over 1.5 million copies as of 2016. What made the game so successful? And what will make you give it a second look on the Switch?

The first thing to know about Teslagrad is that it comes with a gorgeous, hand-drawn art style that gives you a backdrop of steampunk-themed Europe to carry out your adventure. It’s a unique looking game and one that really looks great on the Switch.

The second thing that stands out is that the game gives you very few details. You control a young, orphaned boy who finds himself in some sort of elaborate conspiracy that involves Tesla Tower and throughout the game, you receive various items and upgrades that help you solve puzzles and move onto the next stage.

Beyond that, you will repeatedly find yourself wondering what to do next or how the next task is accomplished. Looking for a tutorial? Not going to find it. Hoping the game will point you in the right direction? Guess again. In fact, it took me over six hours of game play to even figure out there was a map I could use and the map, itself, is hard to read and vague. Teslagrad drops you into a beautiful looking world full of electricity and magnetism and for the most part, it’s up to you to find your way.

The controls are fairly simple, luckily. Your character comes with the ability to jump and over time, collects upgrades that allows him to alter the world around him. The iron fist that changes color based on the button you press, will help you punch blocks and move magnets. This feature gets you in and out of rooms and may help get a platform moving. Later, you gain the ability to electrically teleport from one point to another. This gets you out of sticky situations and can even lead you to find some important places throughout the tower. These upgrades are very fun to use and become an essential part of the experience the deeper you get into the game.

Historically in games like this one, boss battles have been a pain in the butt. Teslagrad is no different. You are going to want to pull your hair out getting through these parts of the game. Challenging is an understatement. And these bosses are really only the tip of the iceberg when dealing with the complexities of this game. It was, quite honestly, one of the hardest games I’ve ever played. The one saving grace to the levels is that once you reach a certain “checkpoint,” you don’t have to redo the entire level if you should happen to mistime your jump or eat a bolt of electricity. It’s the one thing that simultaneously keeps you coming back for more and also doesn’t make you throw your Switch across the room. While rewarding and challenging, this game can drive you mad.

But for the $14.99 asking price in the eShop, is it an enjoyable enough experience to warrant the purchase? Well, it could be. Perhaps it depends on the kind of gamer you are. Teslagrad is the ultimate in “your mileage may vary” in that you won’t find a prettier-looking game with this combination of unique style and challenging game play. It feels like a mobile game on steroids. The music is catchy and well-done, the art style is great to look at and there are elements of the game I found really enjoyable.

Having said that, after 12 hours of game play, the challenges became a bit TOO challenging for me. The lack of direction in the game (seriously, the lack of a tutorial killed me) had me aimlessly wandering around to places I’d already been and the boss battles feel otherworldly difficult. It’s a frustrating, well-done game and it’s easy to see why it’s getting a port from the Wii U. I’m just not sure how long it’s a fun game to play and that circles back to my point about “your mileage may vary” with this title.

I’m not sure this style of game is my cup of tea and yet, I think it’s a well-made game that deserves a place on the Switch when it hits the eShop on December 7. If you haven’t already played the game before on another platform and are looking for something different, I think Teslagrad will be a worthwhile purchase for some. Just bring some antacid because she might give you a bit of heartburn.

Directionless Minestrone of flavors that will surprise you and then zap you.