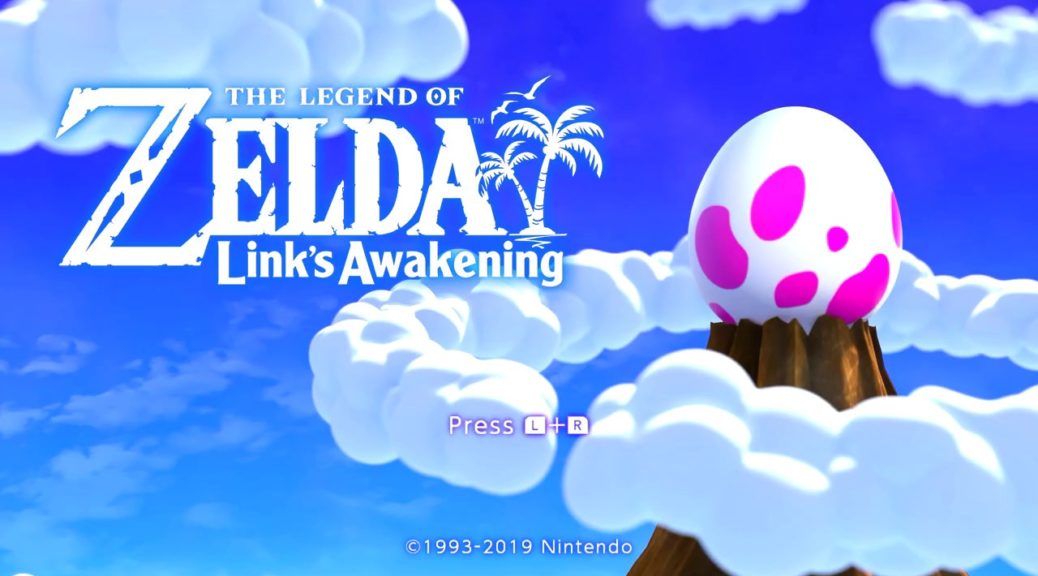 Grezzo, the developer behind the 3DS remakes of Ocarina of Time and Majora’s Mask, has arrived on the Switch with their latest remake of Nintendo’s revered series: a ground-up remake of the classic GameBoy title, Link’s Awakening.

Despite the game’s title, The Legend of Zelda: Link’s Awakening does not feature an appearance from Princess Zelda. Instead, the game takes place on a small island called Koholint. After washing ashore following a horrible storm, an owl appears, urging Link to collect 8 instruments and awaken the Wind Fish, who sleeps in a spotted egg at the top of the mountain. 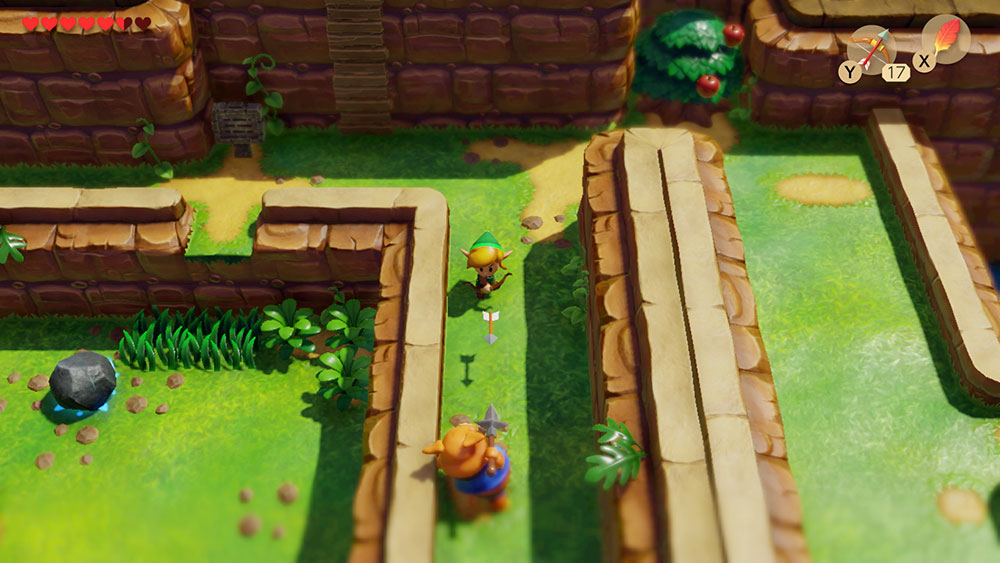 And so, Link heads off into the wide world. Being practically a 1:1 remake, Koholint will seem intimately familiar to those who poured countless hours into the 1993 classic. At the beginning of the game, much of the island is closed off to Link, due to the placement of bushes, trees, holes, and rivers. As you gather more items and abilities, it gets a bit more easy to travel around the island, but even with every tool in your bag, navigating around Koholint can feel rather cumbersome. 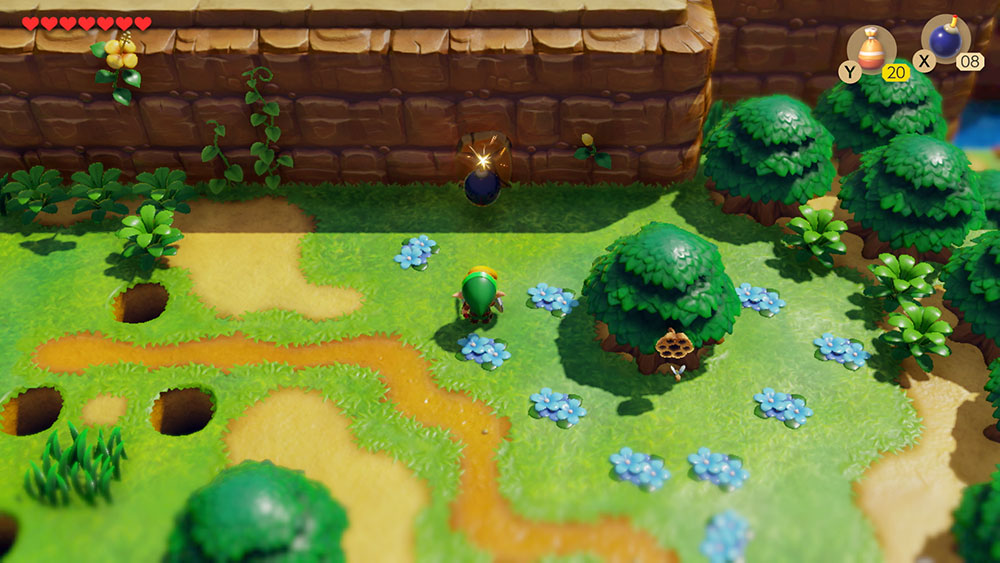 Which isn’t to say the moment-to-moment gameplay isn’t good. The overworld is packed with enemies, secrets, and a healthy variety of environs, from swamps and mountains, to graveyards and beaches. But most of the time, the overworld will be the area that you trudge through dutifully in order to reach the game’s main attractions: the dungeons. 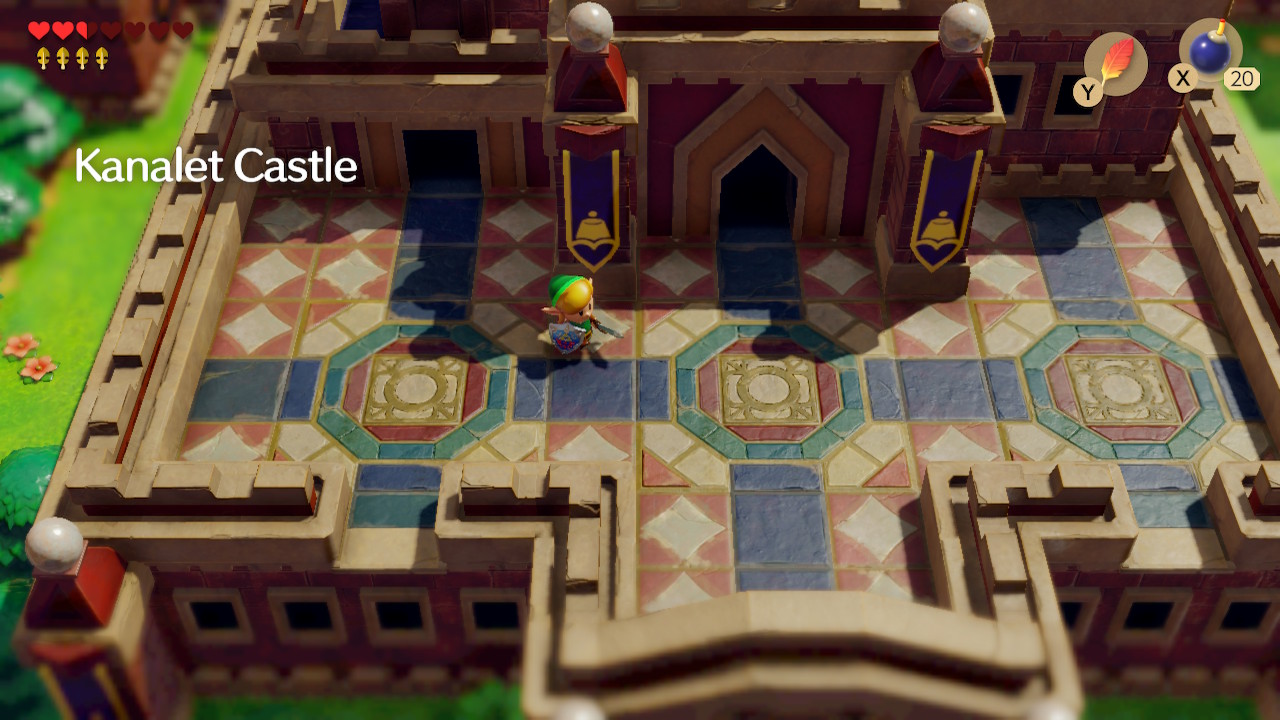 There are 8 in total, each one more complicated and challenging than the last. As expected in a Zelda game, each dungeon has its own gimmicks and puzzles. While the atmosphere of each dungeon can feel a tad same-y compared to the variety in Link’s bigger, badder 3D adventures, that doesn’t make them any less enjoyable to conquer. Of particular note are the 2D segments, where secret passageways in dungeons are traversed from a side-scrolling perspective. Hopping on Goombas as Link is a surreal experience, but a fun one. 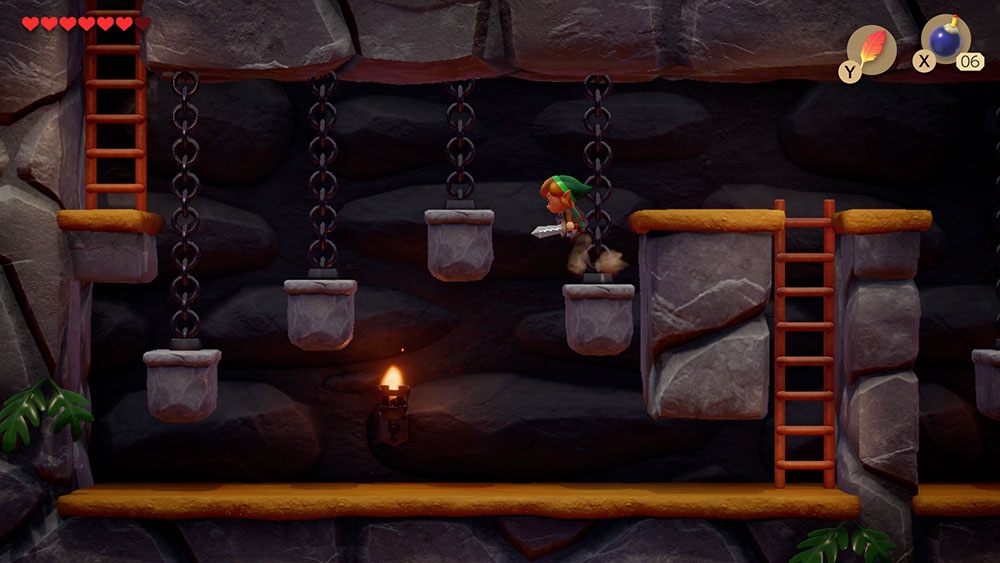 As I played through the game, I was surprised to find that (aside from the occasional head-scratching clue that sent me searching for a walkthrough) Link’s Awakening is a fairly easy game. Aside from a few tricky puzzles in late-game dungeons, most of the adventuring, combat and exploration was a breeze, with some of the boss fights being laughably short-lived. Now I firmly believe that there’s nothing wrong with easy games, but if you’re looking for a challenge, you won’t find much of it here. 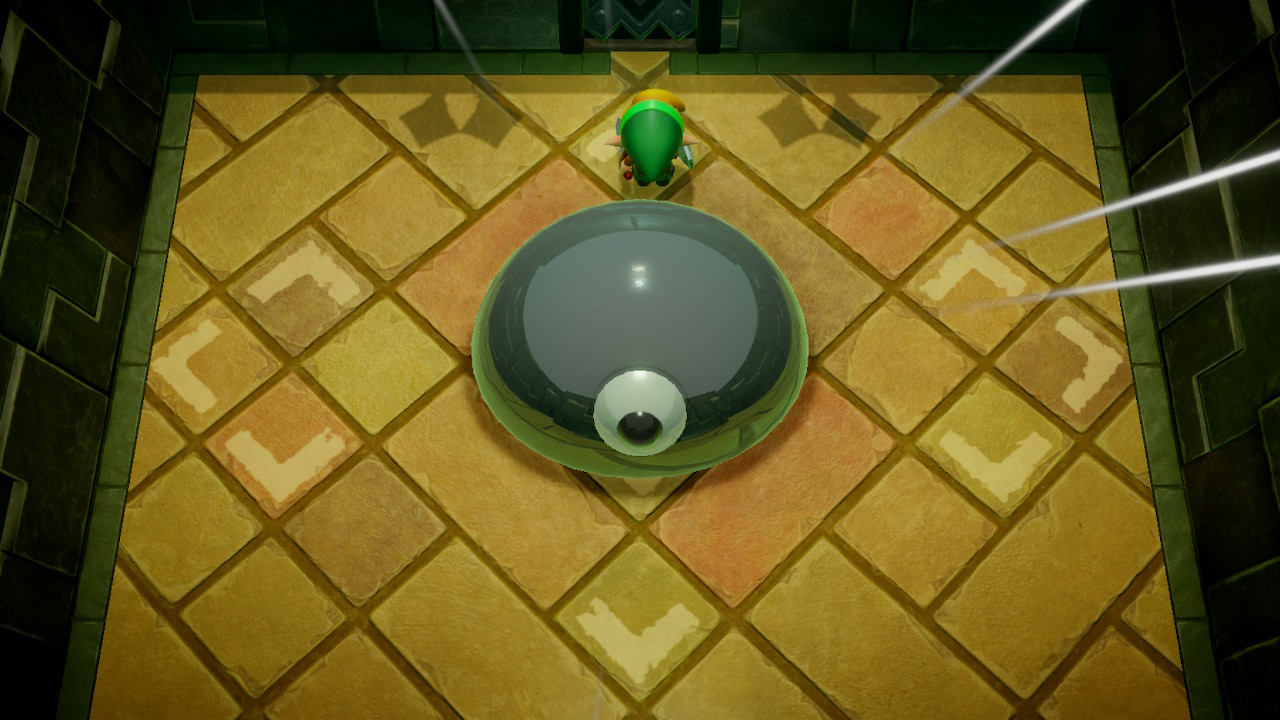 On the presentation side of things, Link’s Awakening does a swell job. The graphical style is a delight, with characters that look like toys and a world that feels like a diorama. Everything feels polished, in both a literal and figurative sense: trees, characters, and objects have a shiny plastic look. The frame rate is a fairly solid 60fps, with the exception of an early-game swampy area where it drops hard to 30fps. The soundtrack is great too, with a mixture of recognizable themes, and new tunes that will stick in your head for hours.

As Link progresses through the game and collects instruments, the game reveals hints that Koholint Island may hide some secrets. There’s really just one secret: one major twist to the game’s story. While there are no villains or evil plots, no world in need of saving, Link’s Awakening manages to have an interesting story in its own right. But even though it’s unorthodox for a Zelda story, the plot is still extremely simple overall. 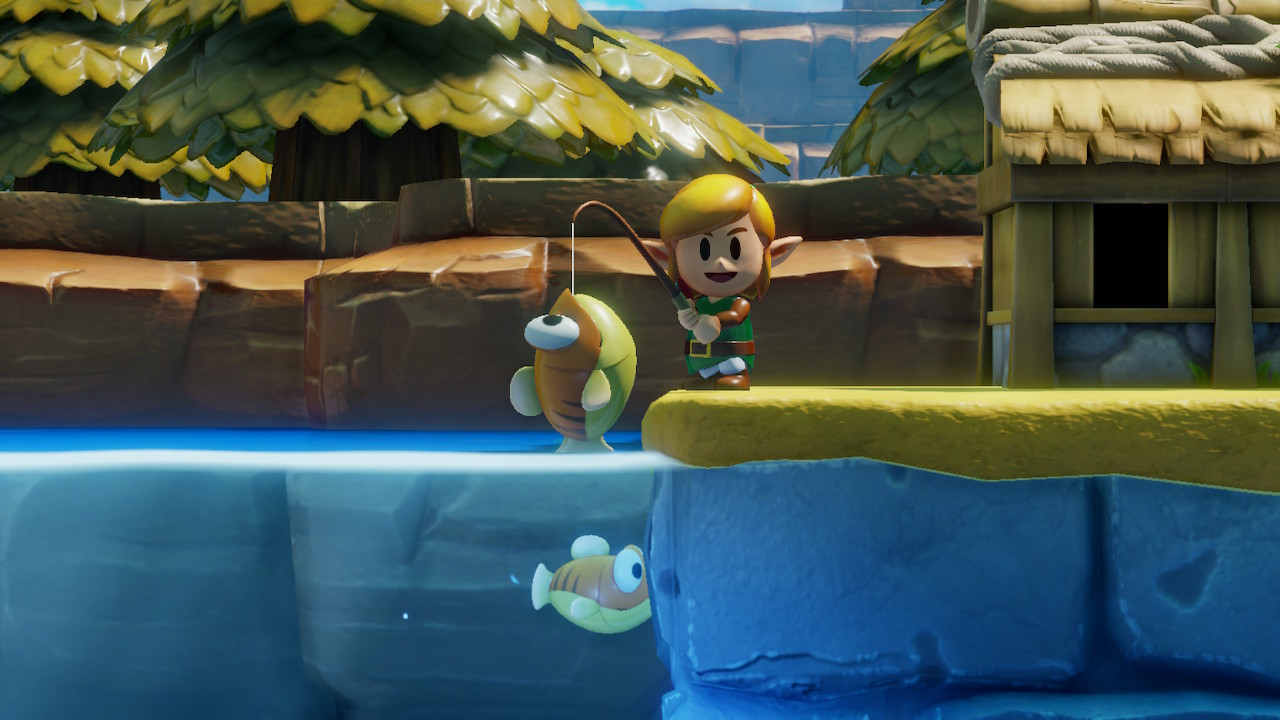 And it’s over before you know it. Despite being a full-priced game, it’s over in under 15 hours. You can scour the world for buried seashells, or rearrange rooms in the dungeon maker (the only major “new” feature in the remake), but Link’s Awakening is still a GameBoy game at its core. It feels like a bite-sized portable version of a “real” Zelda game.

And in spite the source material’s age and flaws, Link’s Awakening manages to make itself worth your time. There’s undeniable charm in this quirky little game. So whether you played the original as a kid and want to relive the past, or you’re a modern Zelda fan curious about Link’s classic adventures, Link’s Awakening gets my recommendation—although it would be easier to recommend if it was budget-priced.

SOUP VERDICT: This nostalgic soup will warm your belly, and your heart.

A download code was provided by Nintendo for the purposes of this review.