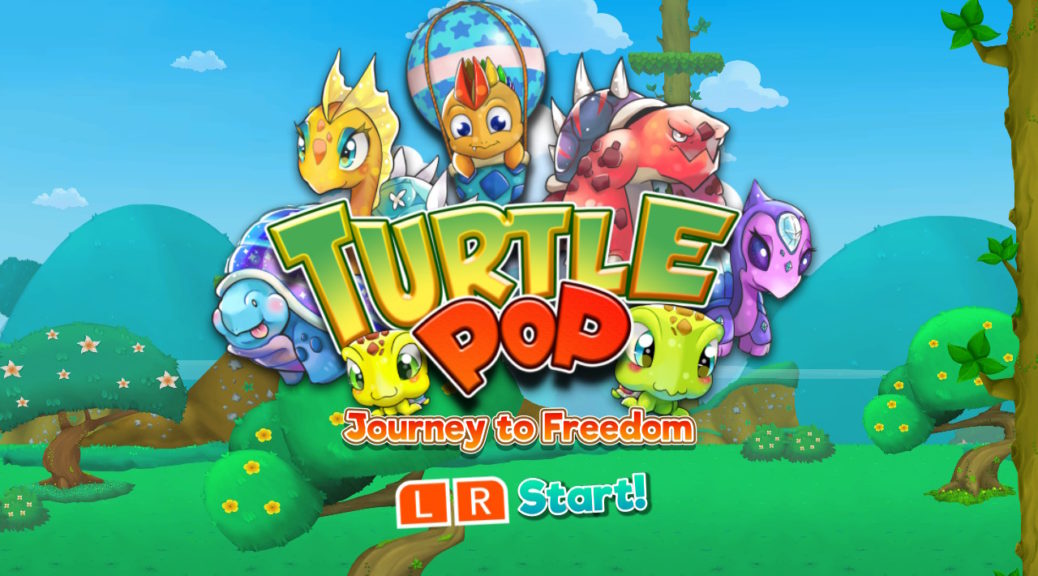 In an era where indie developers are pushing out platformers like no tomorrow, Zengami attempts to take the tried and tested platforming formula and give it new zest. Did they achieve it with their latest game TurtlePop? Read on to find out.

TurtlePop plays like a platformer, but yet unlike one. Just like any other platformer, you navigate your character (which depending on the level, may be a different turtle) to the end of the map to complete the level. Yet the similarities seemingly end there.

The developers went all the way out to reimagine what you can do with a platforming game. As a result of that, TurtlePop is filled with elements that are non-staple of the platforming genre. RPG elements such as inventory management, equipment levelling to puzzle elements such as tile matching all make an appearance in the game. 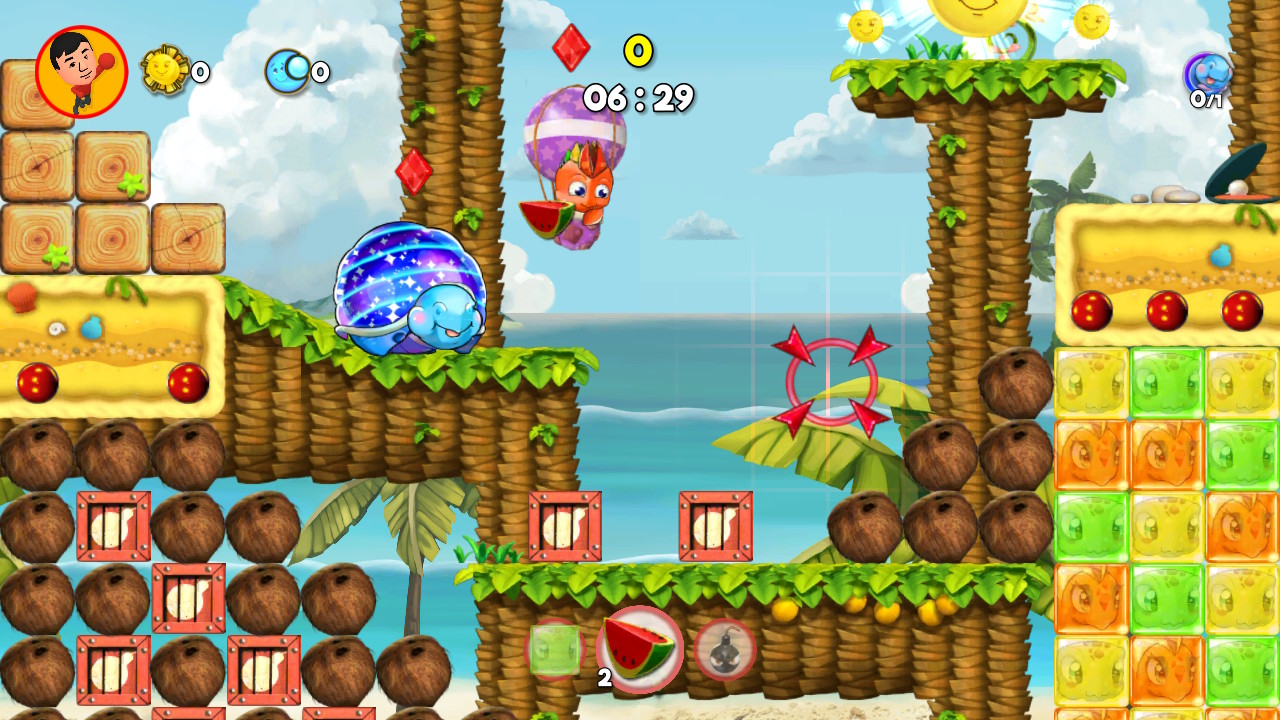 In the stages, players not only control their turtle or turtles, they also get to control their Genie. The Genie is capable of swapping or putting items on the stage, bringing in the puzzle element into the game.

Outside of the stages, you upgrade and fill your Genie’s inventory with a variety of items such as bombs, fruits, tiles to allow you to bring them into the stages. Such items, though not necessary, will make your stage clearing a lot simpler. This “outside of level” gameplay adds an additional layer of depth which players who master it will enjoy while those who neglect it will struggle.

Understanding that, each stage felt more like a quest/mission, where you arrange your inventory at the start, go in and save as many turtles while making it to the goal, return and make upgrades.

While the game’s tutorial is well crafted to take you through the game’s basics. A lot of the skills and techniques of the game have to be explored on your own. The game is not easy to master, and younger players might struggle to catch up with it.

While not a characteristic of all stages, there are stages that seemed to be out to kill.  scrolling levels, time limit, tile blocks, etc. Sometimes you just find yourself frustratingly repeat the stage again and again.

When they are not out to kill, it is usually hard to score. The game awards Stars at the end of each stage depending on your score, and Stars are required to progress through worlds. During my review, I had to replay a few levels to attain enough Stars to progress.

Beneath the cutesy exterior is a game is a machine that filters the good players and the bad. It is, just like games in the good old days, challenging. However, that is not necessarily a bad thing. After all, when you get your S rank victory, you’ll be bathing in pride.

For those who struggle with the game initially, see the game more as an RPG than a conventional platformer. Equip and upgrade the right equipment before going into the platforming “dungeons” and you’ll find the game more interesting than challenging.

Still, those who lack the patience might find it less enjoyable. 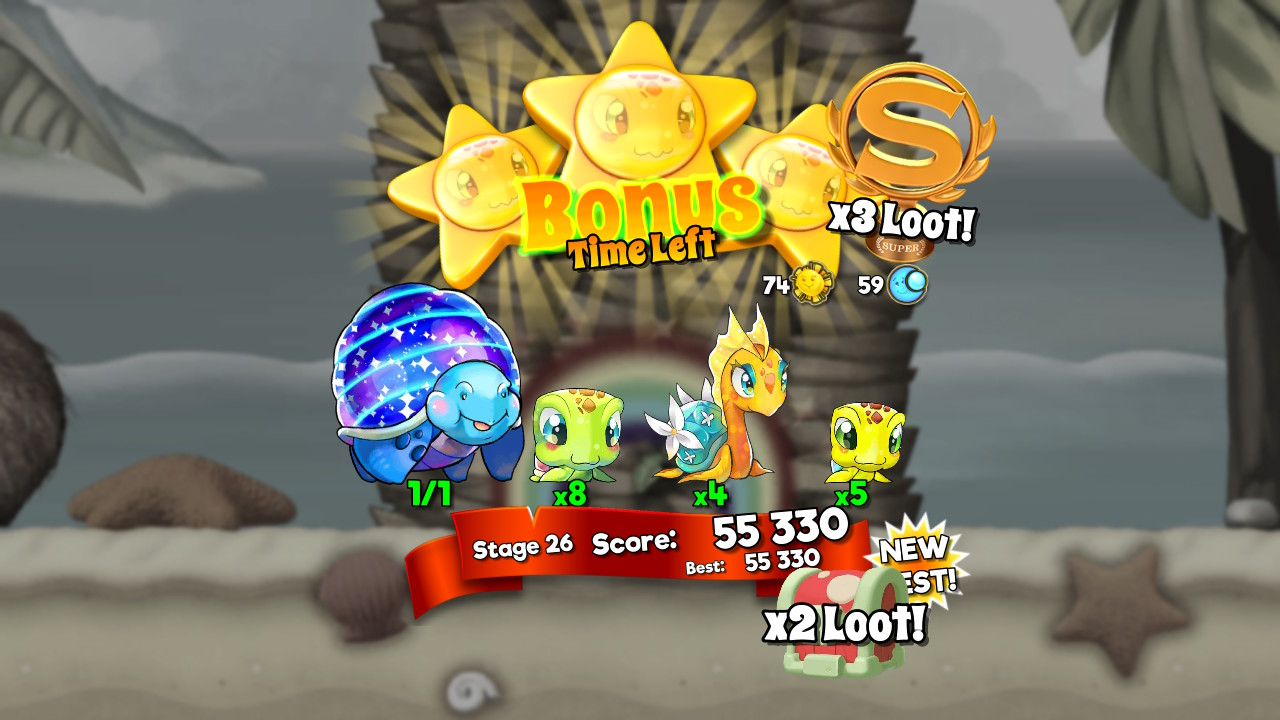 The game also comes with a whole pack of multiplayer options, from co-op multiplayer to arena multiplayer. This is where I think the game shines the best.

In co-op multiplayer, instead of just playing another turtle, the second player gets to control the Genie instead. This makes the game a lot simpler than before. Players who always fumble between Genie and Turtle can appreciate the splitting of work and just focus on their roles. Even the difficult scrolling levels seem accomplishable with co-op.

In Arena mode, you get to use unlocked characters to play in a variety of matches such as Lick em’ up and Crown Thief. In Crown Thief, players race for the crown and try to hold it for as long as possible. While in Lick em’ up, players try to colourise as many uncoloured turtles into their own and send them to the goal.

There is also a turtle clash mode where it is essentially split screen and players will versus each other in campaign stage. 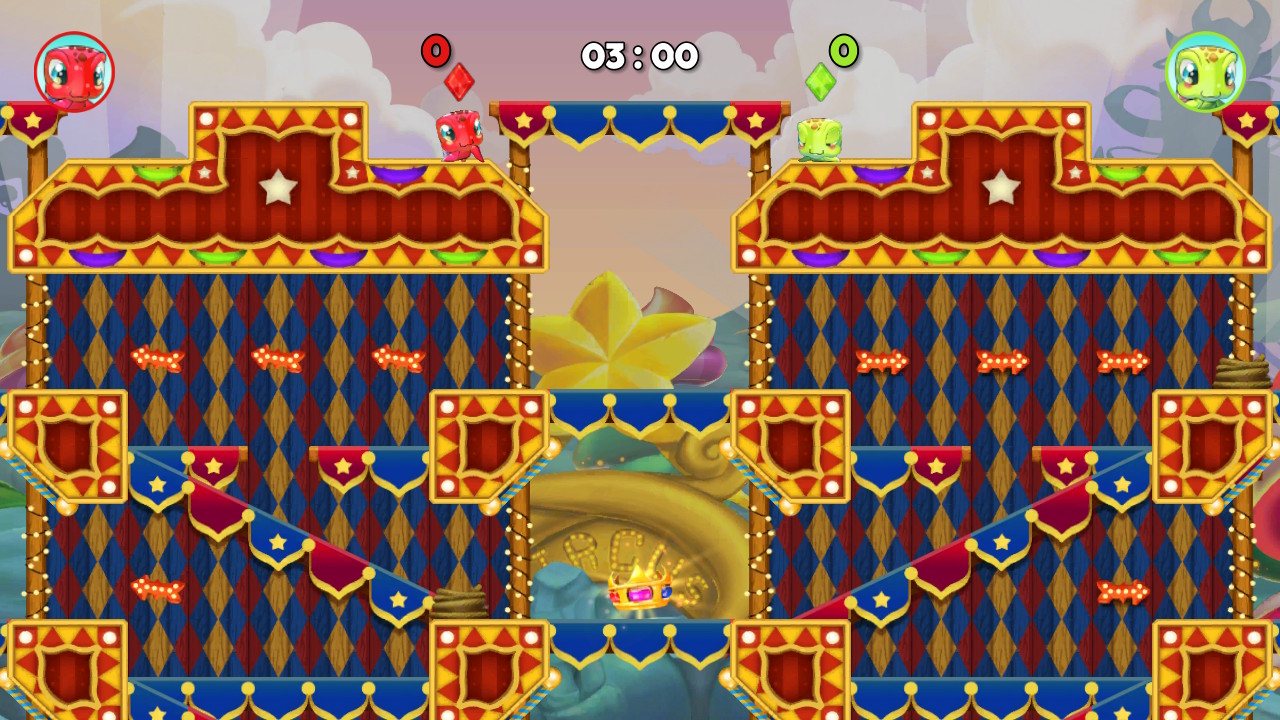 As said before, multiplayer is where the game shines best. It’s not that the campaign is no good but the experience of best friends around for a night of fun and reptilian laughter is so much fun. So much fun that, neither of us expected a multiplayer mode about turtles to be so exhilarating when we jumped in. It is only really such a shame that the game does not have online multiplayer, although I will have to admit that TurtlePop’s multiplayer works best local. 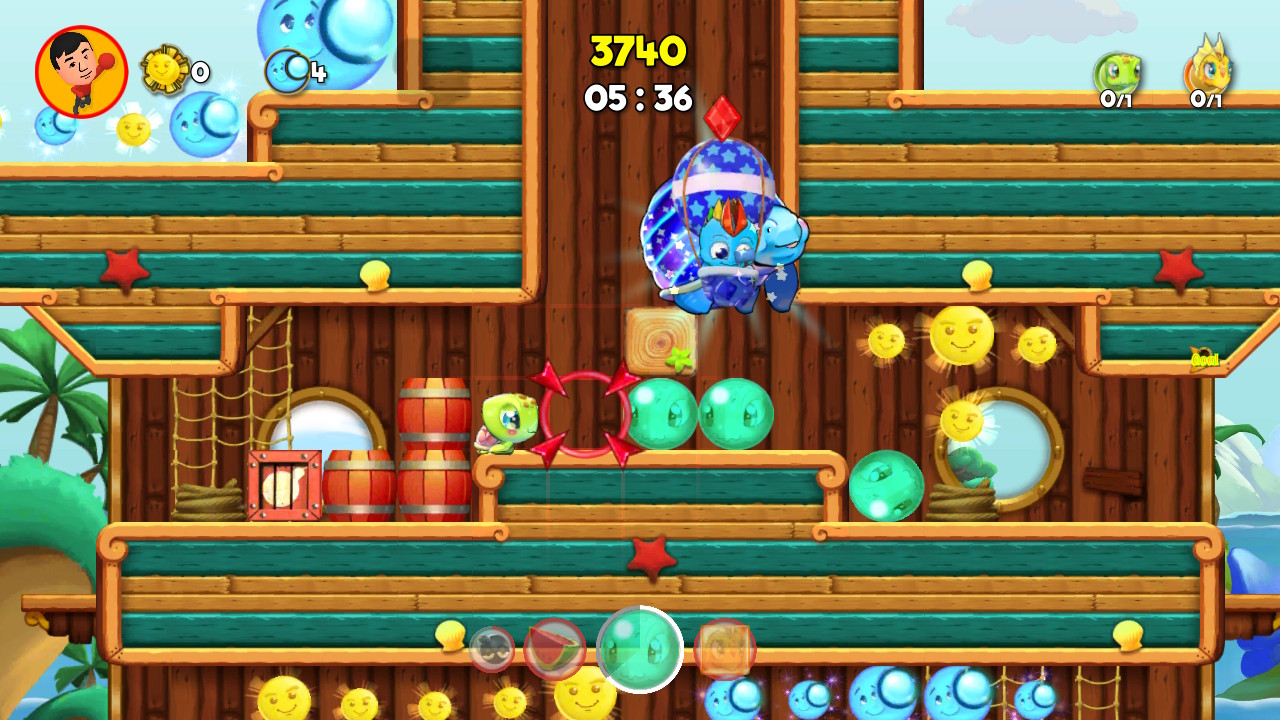 TurtlePop boasts its unapologetically cutesy art style. The turtles do not look ferocious, they are not realistically drawn, but they are cute and for the most part, it works. Sometimes the sight of turtles scuttling hurriedly can even throw a giggle or two during gameplay. However, the graphics can be misleading when it comes to the game’s difficulty. Maybe it is the cutest things that let your guard down but children who come attracted to turtles will get a challenge of a lifetime. 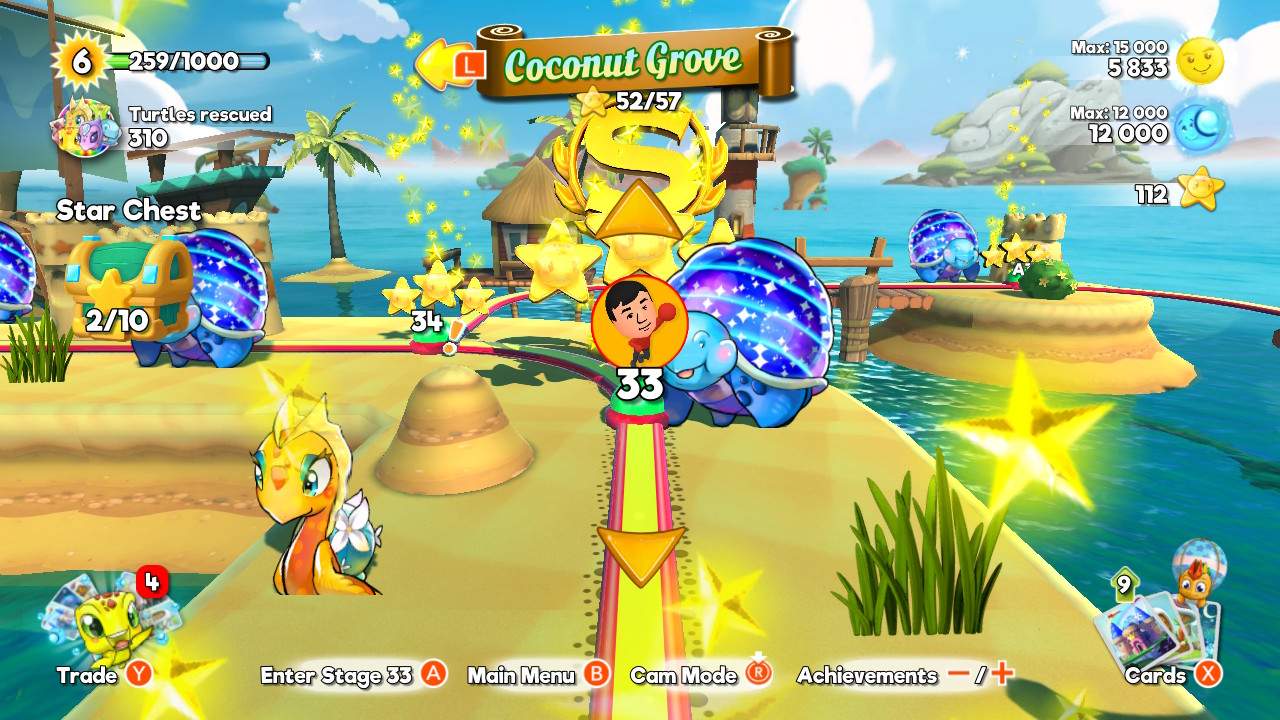 The game’s sound is not amazing but it definitely fits the theme. Its sound effects sometimes sound comical and background music gives you a sense of the environment but they are generally forgettable.

TurtlePop is a game that is not only fresh but also packed to the brim. It is hard to find another game that provides so much content for its price. However, the amount of content can be overwhelming to juggle, especially for younger audiences. The game is challenging, and if you’re in for one, you definitely should check it out. If you’re into a weekend of party fun with friends, TurtlePop will also bring the cheers.

A review code for TurtlePop Journey To Freedom was provided by Digipen Game Studios for the purpose of this review.