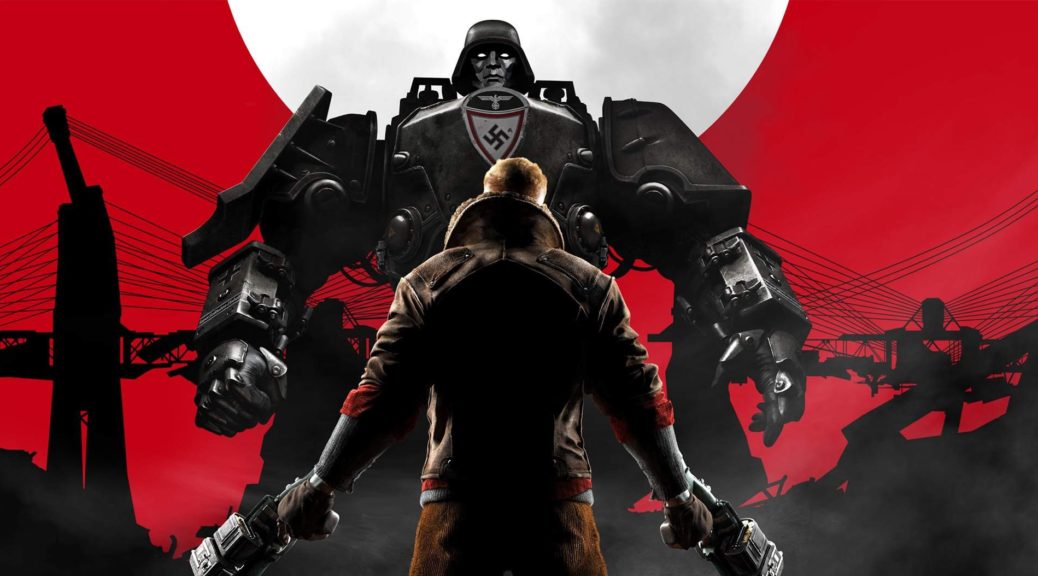 A year after its original debut, Wolfenstein II: The New Colossus has finally made its way to Nintendo Switch. It’s a first player shooter set in an alternate 1960s where the Nazis won World War II and have conquered almost the entire world – including the United States.

Wolfenstein II: The New Colossus follows on the events that happened in Wolfenstein: The New Order. You play as William Joseph “B.J.” Blazkowicz, the protagonist of the Wolfenstein series. He’ll work together with other resistance fighters to stage a second American revolution. 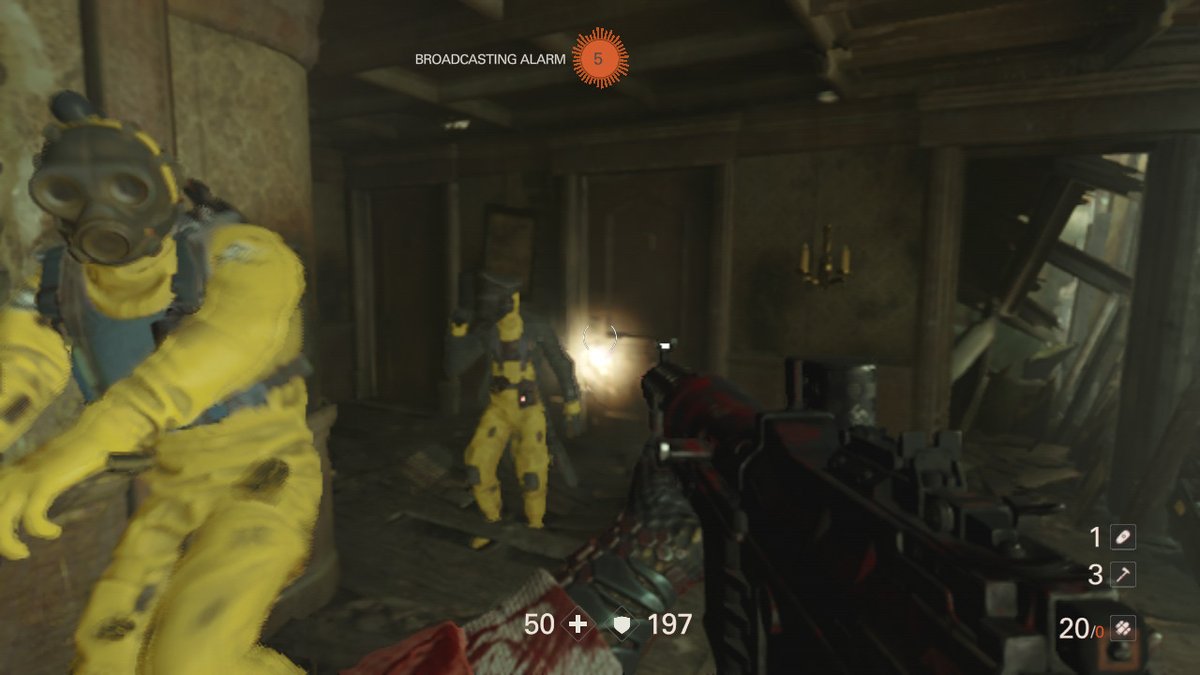 As a first player shooter, Wolfenstein II delivers the fast pace action and intensity other Bethesda games are renowned for. Controls and mechanics are taught as you play in the single player campaign, easy to understand and pick up. If you’ve played DOOM on Nintendo Switch, the controls and physics will feel pretty familiar to you.

One of the features supported on the Nintendo Switch version is motion aiming, which can be activated in the options menu. You can calibrate the sensitivity of it. You aim the gun with the right Joy-Con. While it works well, I still prefer using button controls.

HD Rumble is also supported in Wolfenstein II, and it works beautifully. The haptic feedback for each weapon is different and subtle. I really enjoyed it – it felt like my Joy-Con and Pro Controller transformed into a heavy machine gun! Combine that with the screams of Nazi soldiers dying and all the gory. It’s one of the best uses of HD Rumble ever.

Wolfenstein II delivers a huge punch in terms of difficulty. There are six difficulty levels unlocked at the beginning of the game. The default choice (called Don’t hurt me), the second easiest difficulty, was too tough for me. So if you’re new to first player shooters you’ll probably want to stick with the easiest difficulty. Thankfully the game’s difficulty can be changed anytime if you are having trouble. 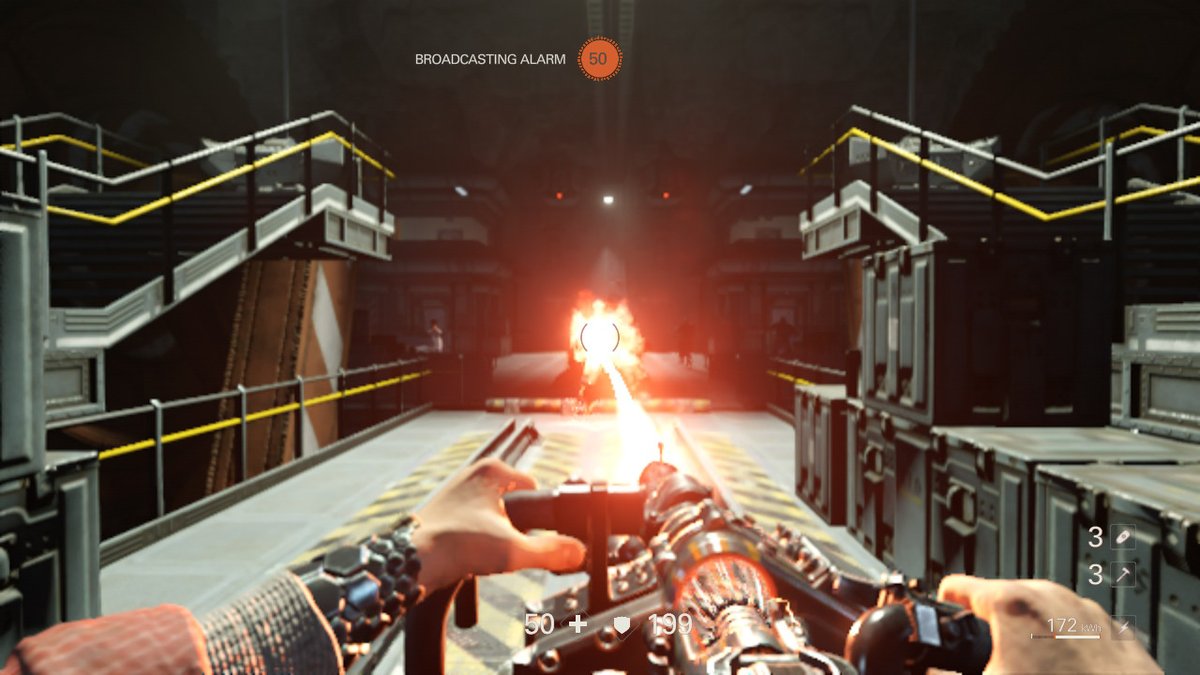 The game is packed in with a sole single player campaign, so for those looking for some multiplayer action you’ll probably be disappointed. There are objectives in every level to complete, and after completion you’ll be rewarded with a lengthy CGI cutscene. I have to point out the frame rate drops during some cutscenes – not a huge problem though. Collectible items are sprinkled in every level, some of which offer a deep look into the lore of Wolfenstein II.

There are many types of settings you’ll experience in Wolfenstein II – from the nuclear wastelands of New York to secret Nazi military bases. One gripe I have with Wolfenstein II’s gameplay is the layout of the levels and objectives – sometimes, it’s too difficult to tell where I’m supposed to go or what I’m supposed to do. One thing I learned is if you’re lost where to proceed next, just look for the Nazis. You’ll most likely encounter this problem early on in the game, but it gets less over time.

It took me 9 hours to complete the main campaign. There are still quests to complete post game so there’s still plenty to do. And if you’re a completionist, you’ll need to re-play the campaign a few times in order to unlock everything. 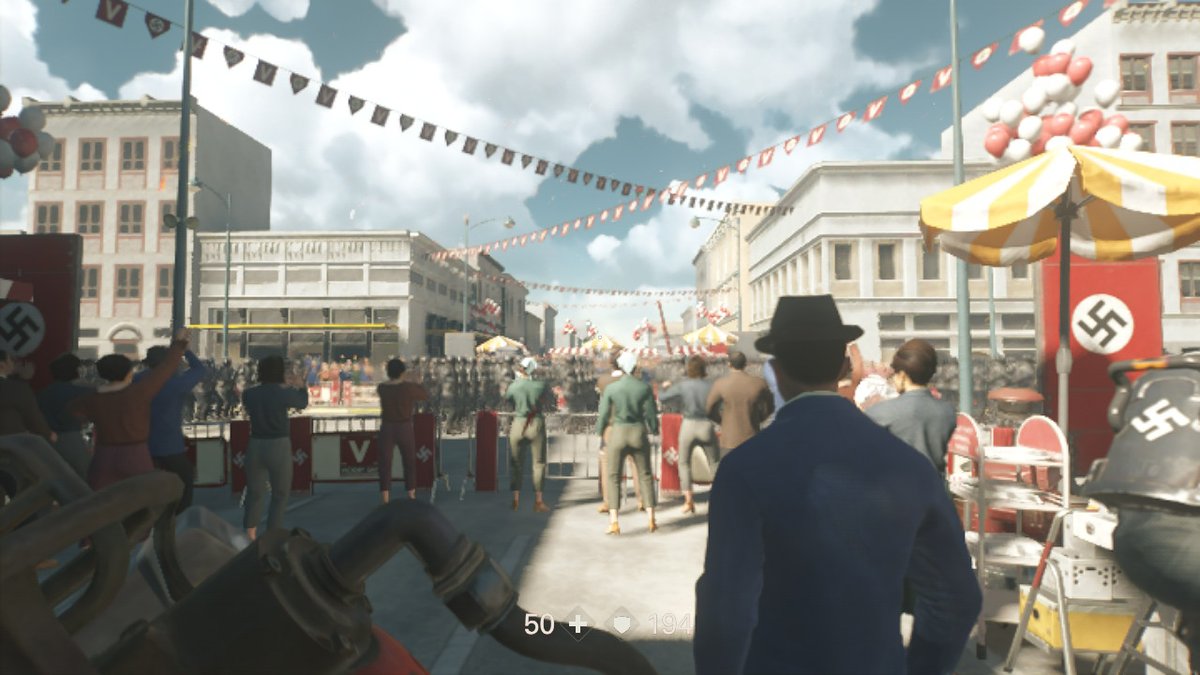 From my own perspective, however, where Wolfenstein II best shines isn’t about being a great first player shooter, but rather, an excellent story teller.

Wolfenstein II’s story isn’t only told during its cutscenes. In the many letters, recordings, and post cards scattered throughout the game, one can picture how ordinary Americans and Nazis lived in a world ruled by Nazi Germany. That includes the things you’ll see in a “concentration camp” later in the game. The details are fleshed out in every opportunity possible. 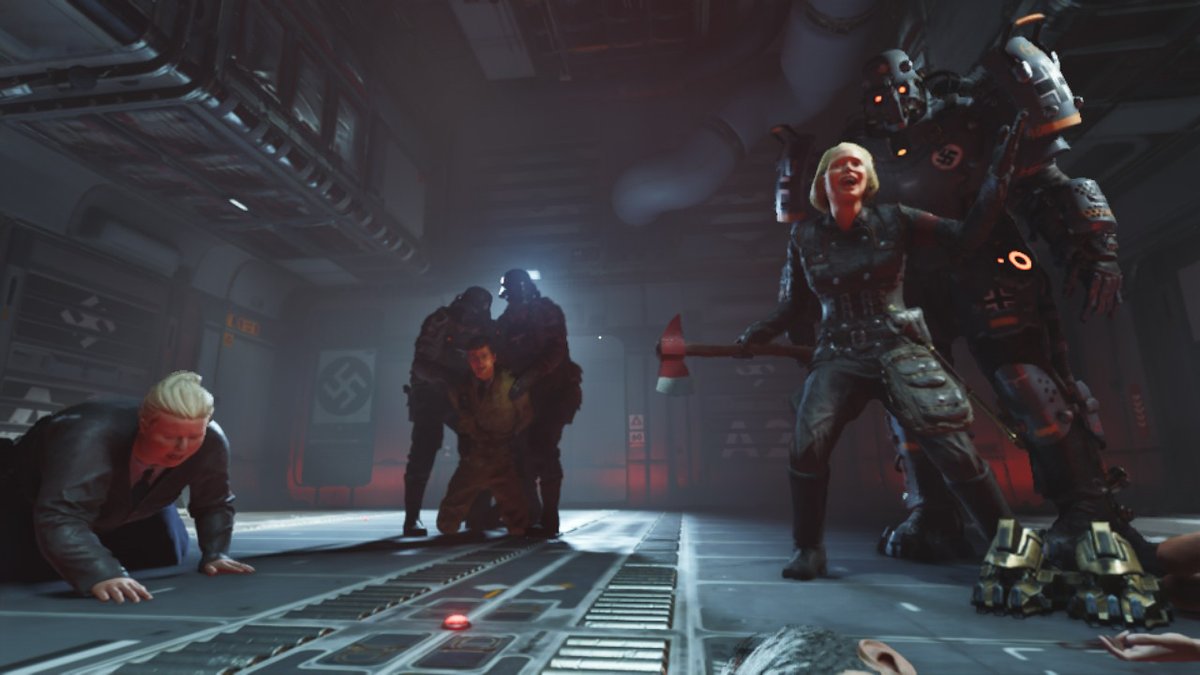 The game’s characters, not just Joseph “B.J.” Blazkowicz, have a pretty deep backstory too (you’ll find out about B.J.’s past through flashbacks). These can be learned through the conversations with other members of the Resistance on the U-Boat and cutscenes. The characters are full of emotion and have their own struggles. You’ll also come face to face with the main antagonist many times throughout the campaign – an insane nutcase dedicated to her “morals”.

Most importantly, through Blazkowicz’s narration and the actions of other characters in the game, you’ll find out how screwed up it is to live in a world ruled by Nazis. There’s a lot of political commentary relevant in today’s context and dark humor that some will appreciate. 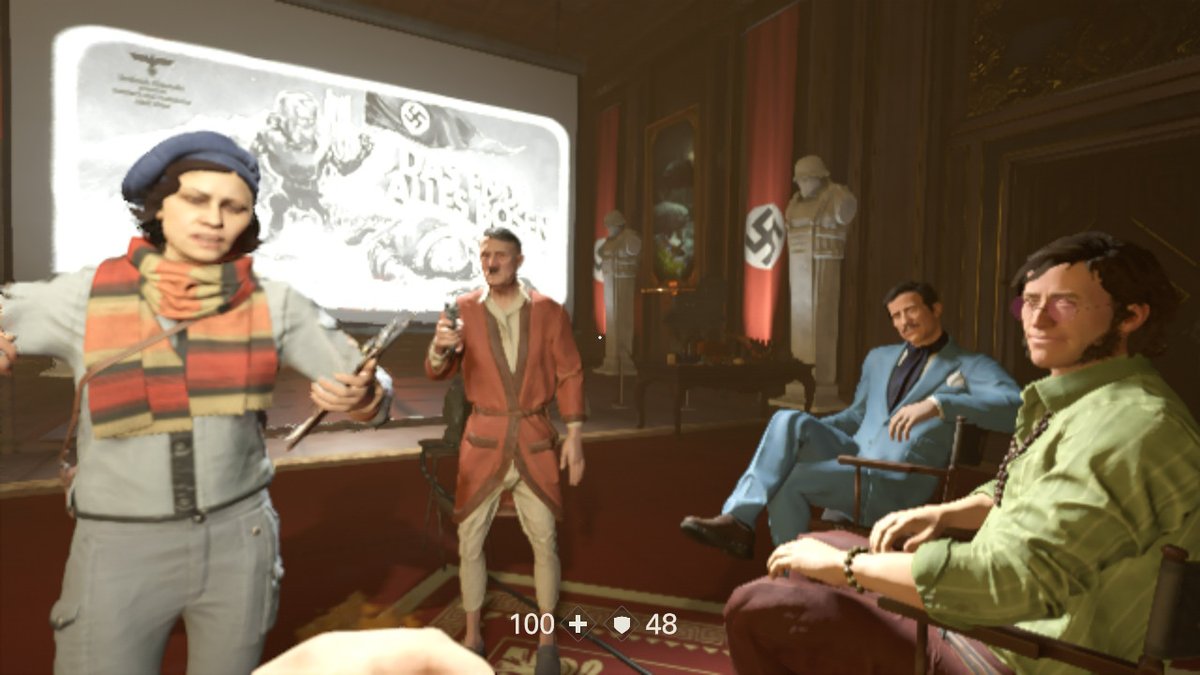 When it comes to performance, Wolfenstein II appears to be running at 30 frames per second, rather than the standard 60 fps for shooters. Frame rate drops do occur but very rarely, unless there are too many enemies in the area.

Panic Button, the people who ported DOOM to Nintendo Switch, have overseen Wolfenstein II’s porting process as well. The screenshots I’ve shared in this review are pretty much what you can expect to see on Nintendo Switch. From a distance, enemies may look blurrier, and textures aren’t as detailed as they are. Still, it looks better than DOOM. You can at least still discern the characters by their faces. I don’t find it much of an issue as the gameplay is solid.

While most games receive a performance boost when the Switch is docked, Wolfenstein II looks and plays just about the same when docked and undocked. In fact, I find playing the game undocked a much better experience, since the game looks less “blurry” on a smaller screen! 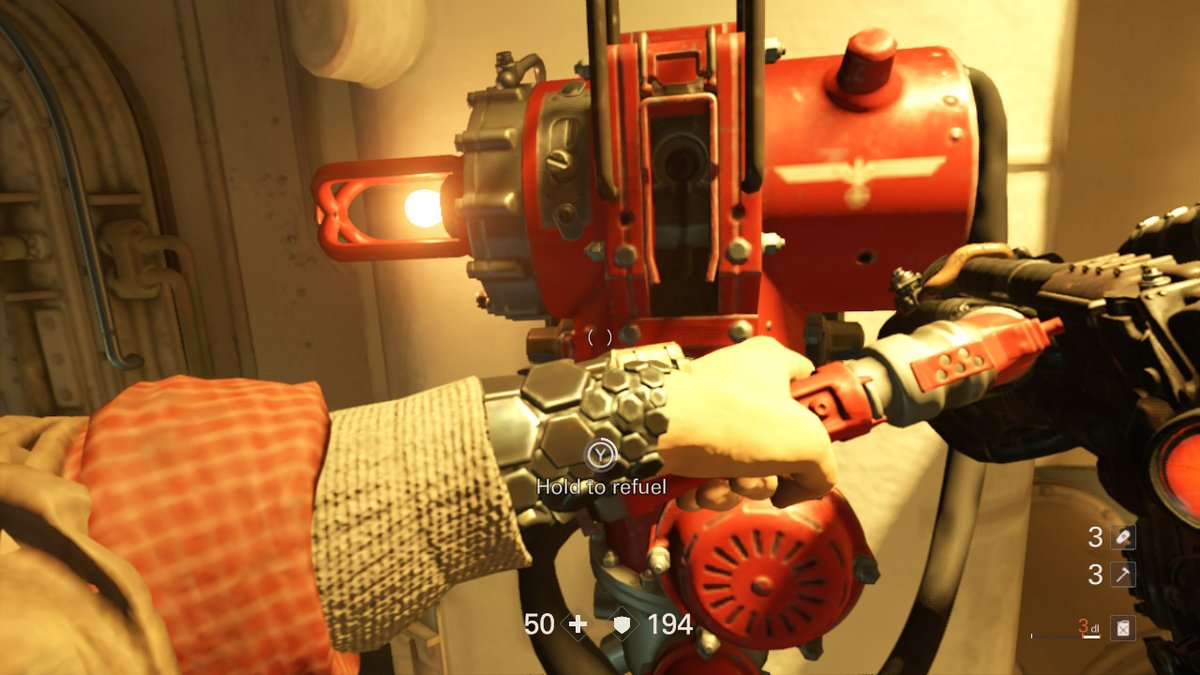 From start to finish, Wolfenstein II: The New Colossus felt like an epic movie to me. While I enjoyed the great feeling of killing every single Nazi out there, it’s the story, characters, and cutscenes that really take the cake.

Despite its shortcomings in performance and graphics, there isn’t a problem large enough that I would advise players not to pick up the game. This is an AAA title worth your 60 bucks. You should pick this game up unless you’ve already played it on another platform (or if you’re below 18).

A review code was provided by the publisher for the purposes of this review.