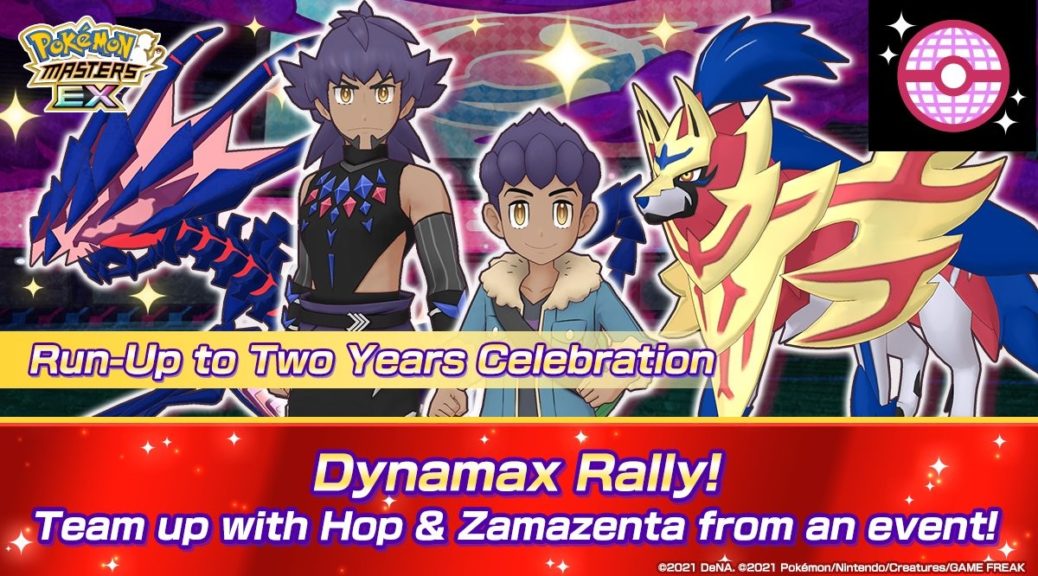 DeNA has detailed the next legendary event coming to Pokemon Masters EX.

The event is titled “Howling Shield of Eternity” and will add new Legendary Sync Pairs Hop & Zamazenta, as well as Sygna Suit Leon & Eternatus. Hop & Zamazenta can be acquired for free by playing the event, which starts on Aug 12th 2021 at 6am UTC/Aug 11th at 11pm PDT, while Sygna Suit Leon & Eternatus can be obtained from an upcoming Scout banner that runs concurrently with the event.

Leon and Hop team up against a Legendary opponent from the Galar region. Will they be able to succeed against the massive might of Eternatus?