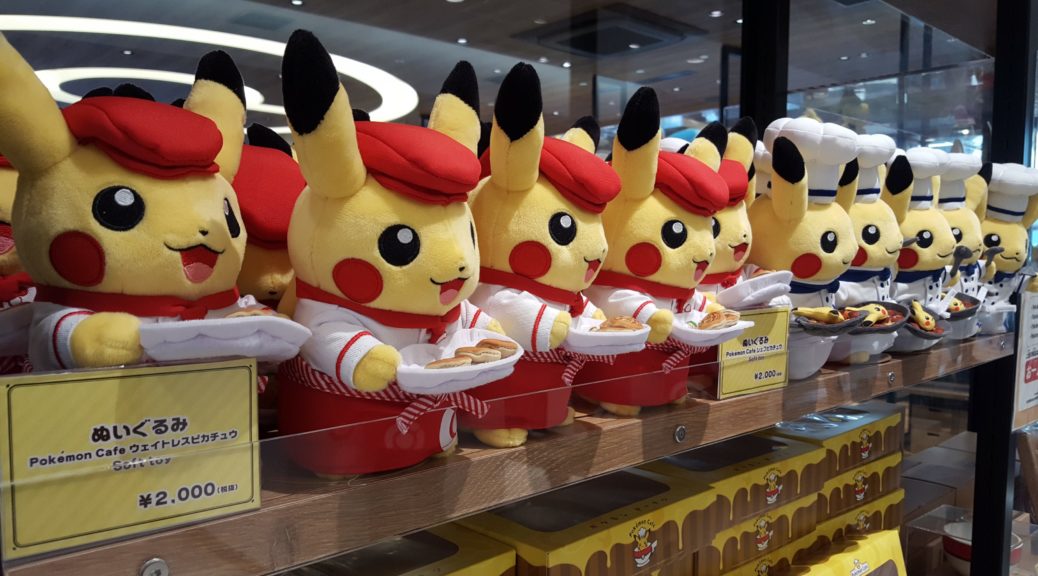 Although no one in the NintendoSoup team (unfortunately) was able to visit both locations on launch day, a good friend of mine, Ted, happened to be in Tokyo on March 14.

As he’s one of the first peeps in the world to visit Pokemon Center Tokyo DX and Pokemon Cafe, he’ll be sharing his first impressions to the rest of us. Before we start, I’d like to mention Ted is a huge fan of the Pokemon franchise and a Pokemon plush collector, so his opinion holds lots of weight.

NintendoSoup: So.. how are you feeling right now?

Ted: It was crazy. The thing is Pokemon is such a huge phenomenon in this generation, and nothing comes close to that.

NintendoSoup: Why was it crazy?

Ted: I queued for about 45 minutes to pay at the (Pokemon Center Tokyo DX) counter.

Ted: I’m so honored to receive the opportunity to participate in the opening.

Ted: Pokemon Center Tokyo DX has a “luxurious feel”, after all it’s housed inside Nihonbashi Takashimaya S.C. It’s much bigger than the other Pokemon Centers. The deco for both Tokyo DX and Pokemon Cafe were great!

NintendoSoup: Which Pokemon Center do you feel it’s the best?

NintendoSoup: Tell us – what did you buy at Pokemon Center Tokyo DX?

Ted: Nothing much, I got a few keychains and files.

NintendoSoup: Why didn’t you buy a plush?

Ted: I have too many Pikachu plushies at home (lol).

NintendoSoup: Now let’s talk about Pokemon Cafe. How did you find the food?

Ted: I ordered a Pikachu pudding with fruits. It was okay, definitely on the same standard as other theme cafes.

NintendoSoup: Was it easy to communicate with the staff and enter Pokemon Cafe? After all, the online reservation system is completely in Japanese and no one cold walk in without booking in advance.

NintendoSoup: How did you order your food? Could you choose your seat?

Ted: There was an iPad right in front of me, I used that to order food. And the items you pre-ordered in advance were already on the table, so seats are randomly allocated and predetermined.

NintendoSoup: How does Pokemon Cafe compare to the other temporary Pokemon Cafes (Singapore, Taiwan) you’ve visited in the past?

Ted: This beats all of them.

NintendoSoup: And that wraps up our feature. Thank you for your time!

Ted: Thanks for helping with the reservation!