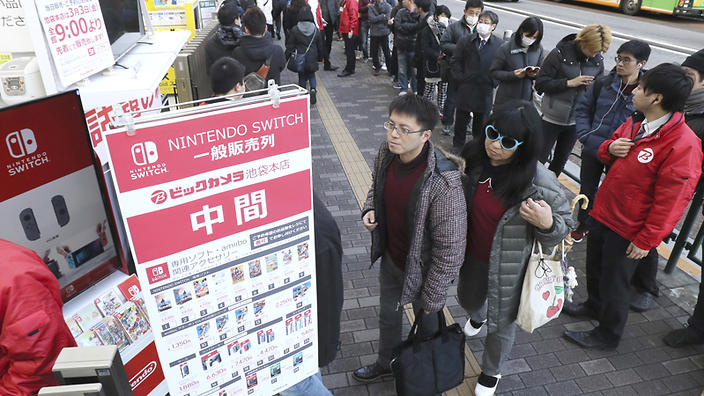 Japanese consumers who have always wanted to purchase a Nintendo Switch are starting to get tired of the long Switch lottery lines and persistent shortages that have lasted for more than 5 months.

According to Nifty News, Bic Camera and Yodobashi stores in Akihabara received their biggest shipment of Switch units on August 26 – 1000 sets of Nintendo Switch. Customers who were waiting in line outside these retailers were rejoicing, but on social networks such as Twitter, many reacted to the news with anger and disappointment.

One user commented “After seeing the long lines, I gave up buying (a Nintendo Switch) at the retail store. I couldn’t even pre-order a set online (from My Nintendo Store), I’m about halfway in giving up.”

More users began to chime in with similar feelings on the situation. “Up till now I haven’t been able to buy a Switch, turns out I don’t want to buy one anymore”, “Couldn’t buy a Switch up till today, guess I don’t need it forever”, “All I want to do is to game on the Switch, why couldn’t I even buy one?!”, “Why do we have to suffer like this?”

Not everyone is feeling pessimistic about the shortages. A Japanese family treated the weekly Switch lotteries like a family excursion, even though they haven’t been able to secure a Switch until now.

To remedy the shortages, Nintendo told consumers in Japan they will ramp up production and send more units to the Japanese market beginning in Fall 2017.

Nintendo’s online store, My Nintendo Store, started taking pre-orders for customizable Nintendo Switch sets on August 22 which are estimated to ship out in October. The problem is pre-orders are sold out very quickly everyday and it is extremely difficult to access the website due to high traffic.

Are you also facing difficulties in purchasing a Nintendo Switch in your country? Let us know in the comments.