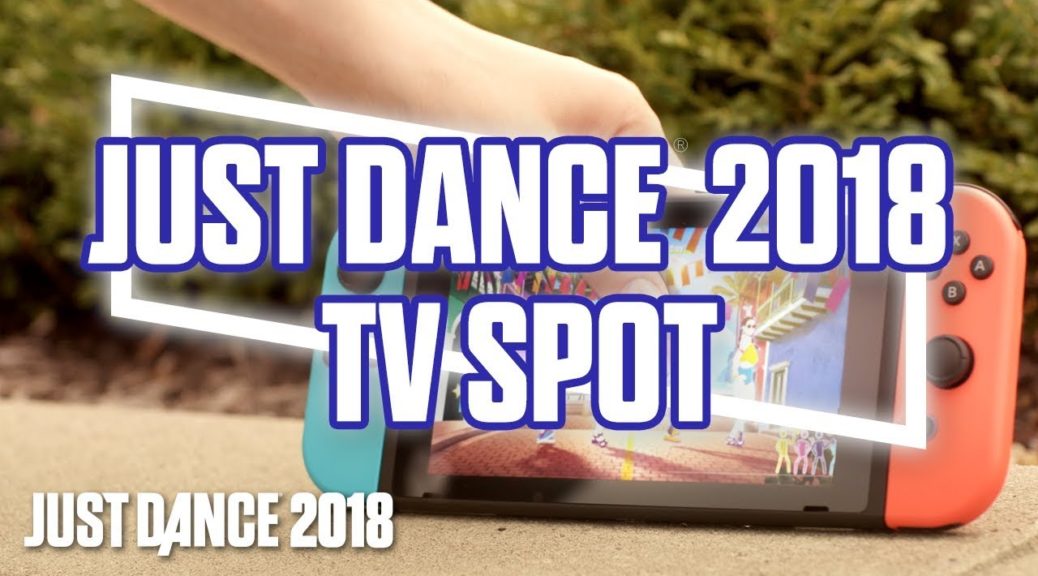 Dancing game, Just Dance 2018 is now available in the North American Region and for player still stuck on a Wii console, you’re in luck because you get to join the party. Ubisoft has decided to support the original Wii, Wii U, and Nintendo Switch in this year’s instalment of the game.

Just Dance 2018 will feature more than 40 songs with over 300 more on demand with Ubisoft’s Just Dance Premium streaming service.

It will support up to 6 players on the Switch and even if you do not have that many Joy-cons, Ubisoft has developed a mobile Just Dance controller app to turn your smartphone into a controller.

Just Dance 2018 is available both in digital and physical copies.

TURN UP THE VOLUME WITH JUST DANCE 2018, AVAILABLE NOW

SAN FRANCISCO, CA – October 24, 2017 – Today, Ubisoft® announced that Just Dance® 2018, the latest installment of the #1 Music Videogame Franchise Of All Time*, is now available in North America for Nintendo Switch™, Wii U™, Wii™, Xbox One, Xbox 360, PlayStation®4 computer entertainment system and PlayStation®3 computer entertainment. Just Dance 2018 will also be available in Europe on October 26 and in the UK on October 27.

Just Dance 2018 offers a fresh and diverse tracklist with more than 40 new songs, and access to over 300 more with a free three-month trail of Just Dance® Unlimited, the dance-on-demand streaming service**, included with every copy. Theres’s something for everyone, including Billboard chart-toppers like Luis Fonsi & Daddy Yankee’s “Despacito.” and Ed Sheeran’s “Shape of You,” pop queen jams like Beyoncé’s “Naughty Girl,” Lady Gaga’s “John Wayne” and Katy Perry ft. Nicki Minaj’s “Swish Swish,” classic oldies like Queen’s “Another One Bites the Dust,” K-pop favorites like HyunA’s “Bubble Pop,” and other hot hits like Bruno Mars’ “24K Magic” and Selena Gomez’s “Bad Liar.” Exclusively on Nintendo Switch™ players can enjoy an HD revamp of the fan-favorite Mario dance, plus unique two-handed Double Rumble choreographies developed for the first time using HD rumble technology.

More accessible than ever, Just Dance 2018 can be played with up to six players at the same time using a Joy-Con™ controller on Nintendo Switch™ or by using the free Just Dance Controller App (which turns your smartphone into a controller). The youngest players will also have their own Kids section, integrating eight new choreographies developed with the help of kids’ experts to encourage healthy movement