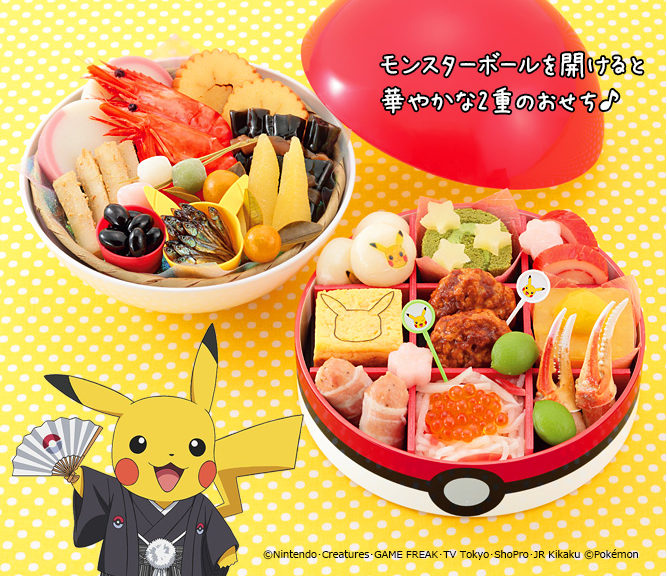 With a couple of months to the beginning of 2018, Kenkosansai has started to take pre-orders for official Pokemon Osechi meals.

At the beginning of every new year, the Japanese eat Osechi, food which are stored in special bento boxes. As it’s considered taboo to cook during the first 3 days of the new year, Osechi are prepared in advance. Dishes in the Osechi bento boxes have special symbolic meaning.