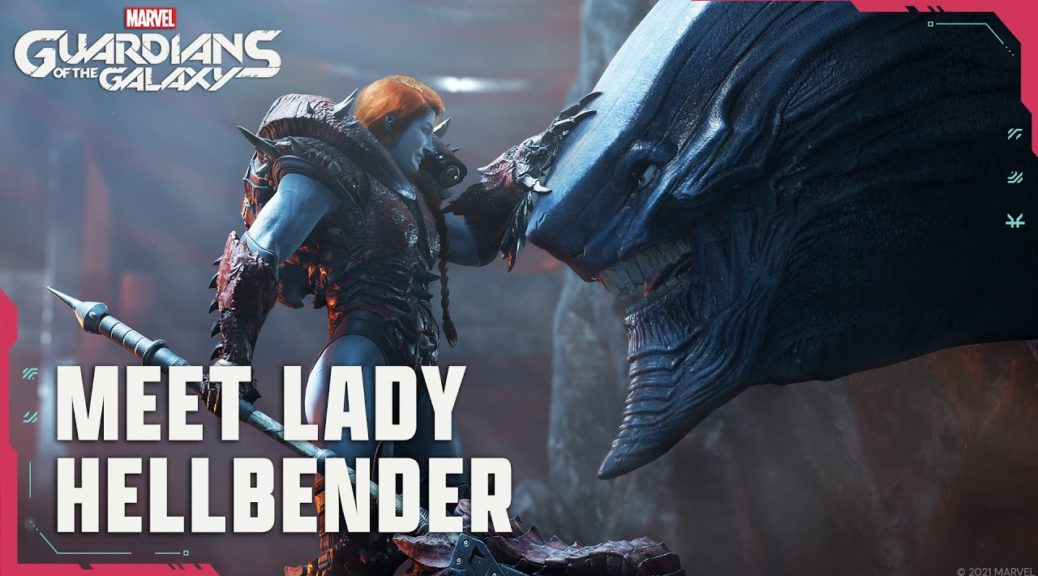 Publisher Square Enix and developer Eidos Montreal have released a new trailer for Marvel’s Guardians Of The Galaxy.

The trailer is a cinematic cutscene introducing Lady Hellbender, a fan-favorite character form the comics, who the Guardians will be crossing paths with during the game. According to a Square Enix press release, over six hours of interactive cinematics will be included in the full game.

Check it out below, along with some additional details via Square:

[The cinematic picks] up the story with Star-Lord and the Guardians as they commence their plan to negotiate with Lady Hellbender: leader of the Hellraisers, queen of Seknarf Nine and notorious monster collector.

With the decision left to the player on which “rare monster” to sell, AKA Groot or Rocket, this memorable moment ignites a chain of events that sees our band of misfits off on their wild ride across the cosmos, caught in a struggle for the fate of the universe.

With behind-the-scenes commentary from Darryl Purdy, Cinematics & Animation Director at Eidos-Montréal, it swiftly becomes clear that not all is what it seems, and Lady Hellbender may not be the cosmic monster trophy hunter the band of misfits have been led to believe.

Darryl Purdy says: “Lady Hellbender is a fan-favorite character from Marvel’s recent comic lore, and we were keen to ensure her place in our Guardians universe reflects the complex personality, depth, and nature fans expect to see. And with humour instilled in every aspect of our game, this gave us an opportunity to flip expectations with the story and introduce an unexpected dynamic between her and a certain Destroyer.”

Finally, Darryl also shares insight behind the game’s production, touching upon the importance the role of group performance capture played for bringing these galaxy-born characters to the screen. Close to six hours of interactive cinematics were produced for this multi-faceted, wholly original story.

Marvel’s Guardians of the Galaxy will be releasing on October 26th for Switch as a cloud version.