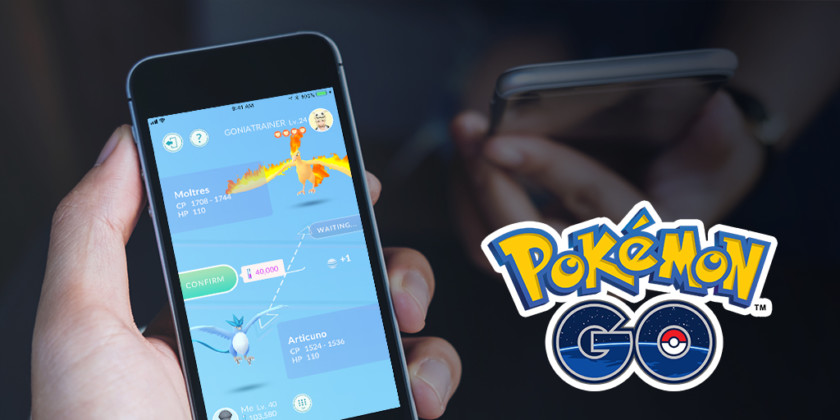 Earlier this week, Niantic announced that they would begin reversing some changes they made to Pokemon GO in light of the COVID-19 pandemic, with one rollback involving the removal of increased Pokestop and Gym interaction distances.

As one may expect, this decision was met with widespread opposition from the Pokemon GO community, who felt that the increased Pokestop and Gym interaction distances were helpful for promoting safety and accessibility without negatively affecting the game, especially since the pandemic is not yet over in many parts of the world.

Many fans signed petitions and called for a boycott to get Niantic to reconsider their decision. In addition, several major community members such as Leek Duck, ZoëTwoDots, and Brandon Tan also taking to Twitter to share an open letter to Niantic voicing their concerns: 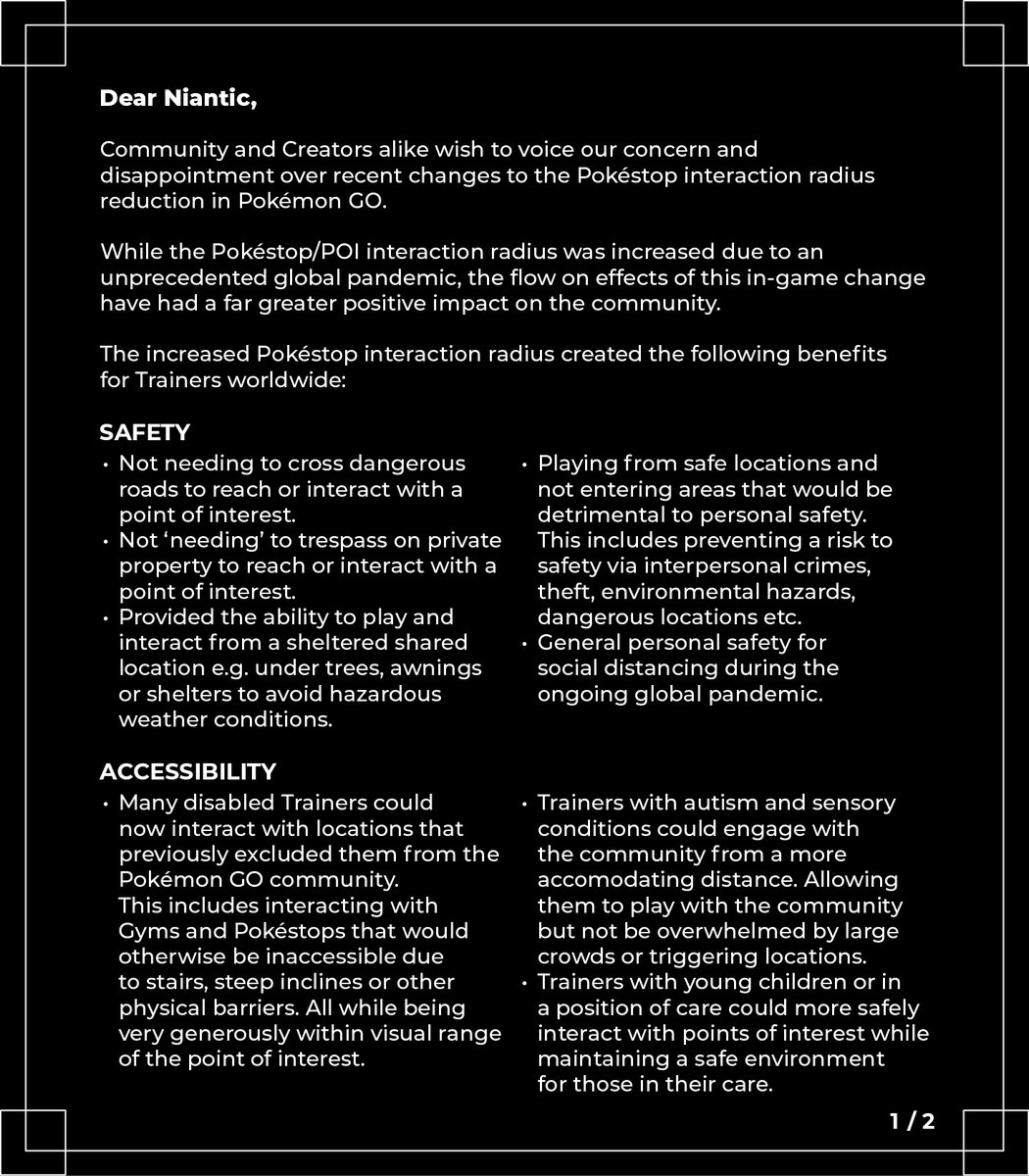 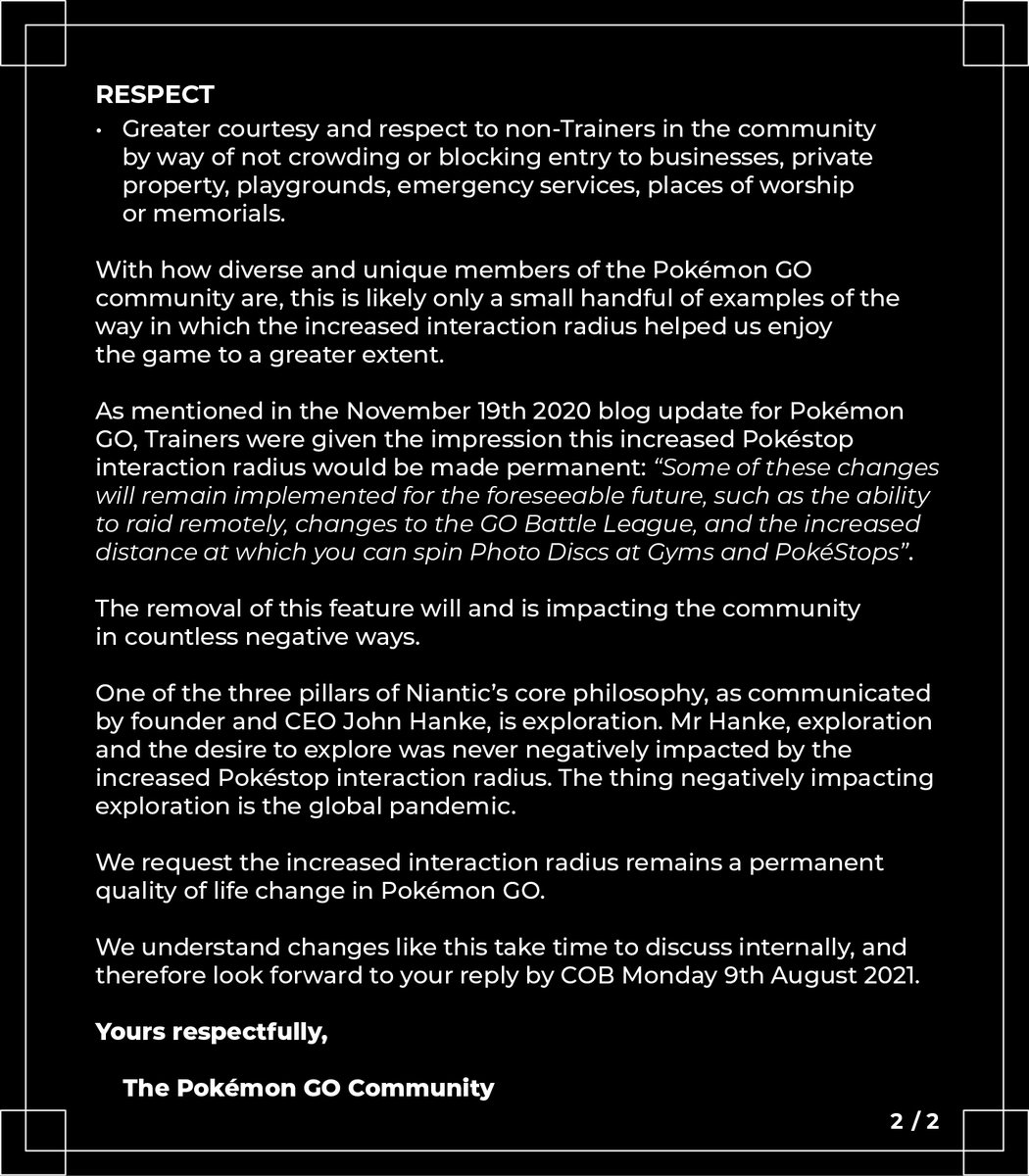 Following these events, Niantic has now shared an official response to the community on their  website. In their statement, the developer has acknowledged the concerns highlighted by fans, and has outlined plans for an “internal cross-functional team”, which aims to “develop proposals designed to preserve our mission of inspiring people to explore the world together, while also addressing specific concerns that have been raised regarding interaction distance”.

You can read Niantic’s full statement here, or read a short excerpt below:

We have heard your feedback about one change in particular – that of the PokéStop and Gym interaction distance. We reverted the interaction distance from 80 meters back to the original 40 meters starting in the U.S. and New Zealand because we want people to connect to real places in the real world, and to visit places that are worth exploring.

However, we have heard your input loud and clear and so to address the concerns you have raised, we are taking the following actions: We are assembling an internal cross-functional team to develop proposals designed to preserve our mission of inspiring people to explore the world together, while also addressing specific concerns that have been raised regarding interaction distance. We will share the findings of this task force by the next in game season change (September 1). As part of this process, we will also be reaching out to community leaders in the coming days to join us in this dialogue.