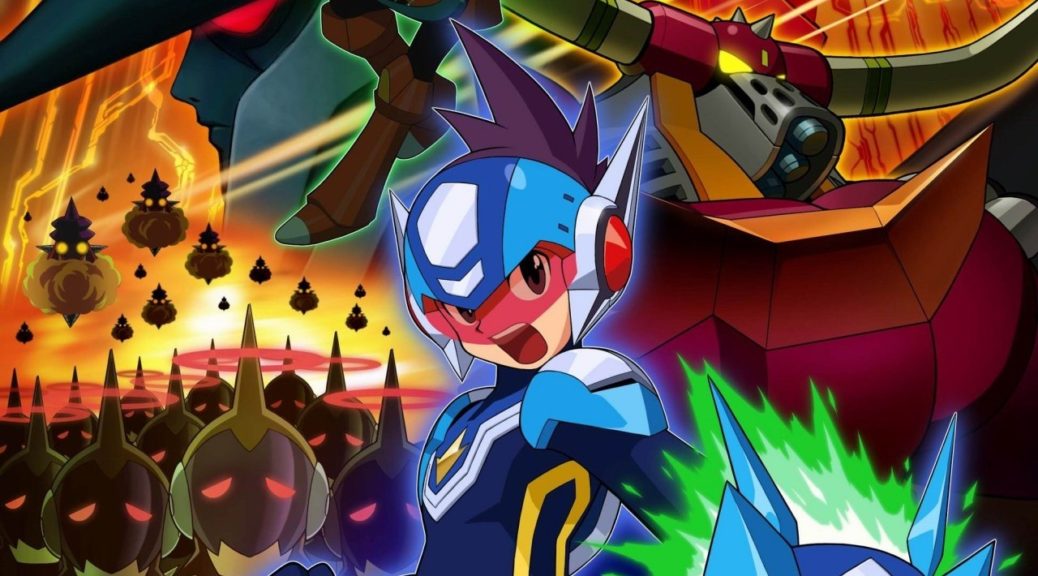 15 years ago, a new hero and saga in the long-running Mega Man franchise was born!

Indeed, 14 December 2021 marks the 15th anniversary of the Mega Man Star Force series in Japan. Developed as the direct successor to the popular Mega Man Battle Network series, Star Force and its sequels would see players exploring and protecting a utopia that revolved around futuristic EM Wave technology. Instead of a robot hero, the game’s protagonist Geo was a young boy who could combine with his alien partner to become a new version of Mega Man.

Mega Man Star Force inherited a lot of its DNA from its predecessor, with players also fighting enemies on a grid-based battlefield by using a customizable deck of special weapons. However, Star Force would mix up this formula with new 3D graphics and placing the viewpoint behind Mega Man instead. By using the Nintendo DS’ bottom touch screen, players could also select weapons from their decks.

Sadly, the series never quite hit the highs of its predecessor, eventually coming to a close after Mega Man Star Force 3. A fourth game was apparently  in the works at some point, but was sadly cancelled. Since then, Capcom hasn’t brought the character all that often – although Geo did eventually get a neat cameo as part of Mega Man’s Final Smash in recent Super Smash Bros. games.

Nevertheless, Mega Man Star Force and its sequels still have ardent fans to this day – with many hoping for Capcom to eventually release an eventual Legacy Collection for modern systems. We’ll just have to wait and see if this unique franchise will get to see the light of day again.