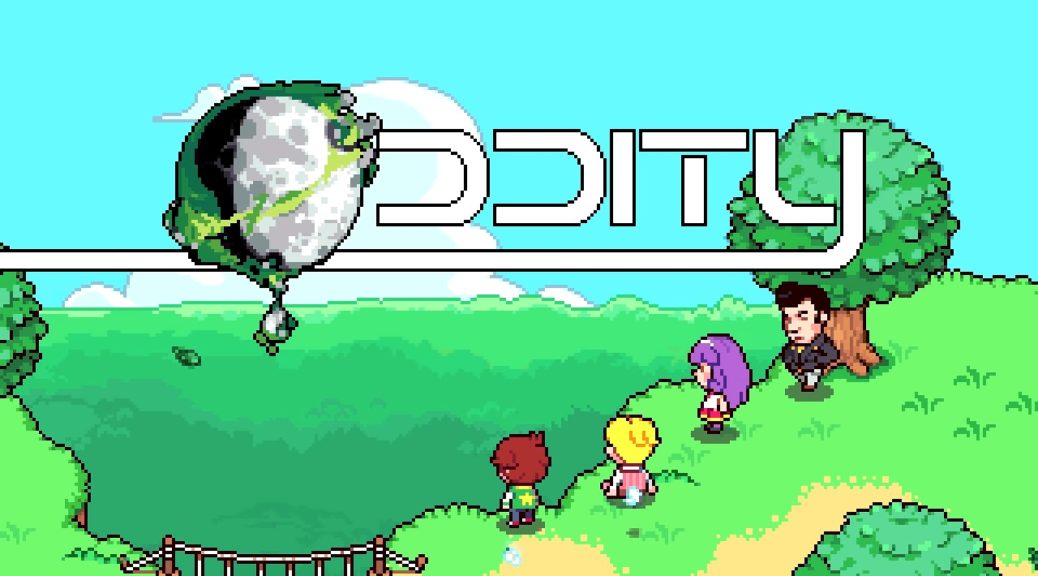 Long-time Earthbound fans may recalled a little fan project titled “Mother 4” – which unfortunately went dark due to concerns about Nintendo copyright-striking its developers. Well, it looks like the game is still alive and well, but with a new title altogether!

Its developers recently re-revealed the game as ODDITY, along with a new trailer that shows how far the project has come along! For now, the game will only be making it to PC, Mac, and Linux – but it does look really promising already!

“ODDITY is a surreal urban fantasy role playing game set in the Seventies. Play as Travis Fields, an ordinary boy who leaves home in a bid to save the world Travis takes to the field armed with a baseball bat and pellet gun… Along with powers he’s only now discovering. It might have something to do with that “Gate” thing that blew up on an impromptu camping trip…

…Whatever the case, the world’s in danger! People are crabby, demons run amok, the moon’s covered in creepy ooze, a bear did something… And to top it all off, there’s even a secret society called the “Modern Men” popping up lately. They might be behind all the recent kidnappings… But don’t worry! You’ll make plenty of friends as you fight your way through this weird and groovy world!

If you’re looking for a roadtrip full of oddball characters and serious challenge with lots of heart… then ODDITY is for you!”

Are you excited to see where this game will go? Already hoping for a Switch port? Feel free to share your thoughts below!