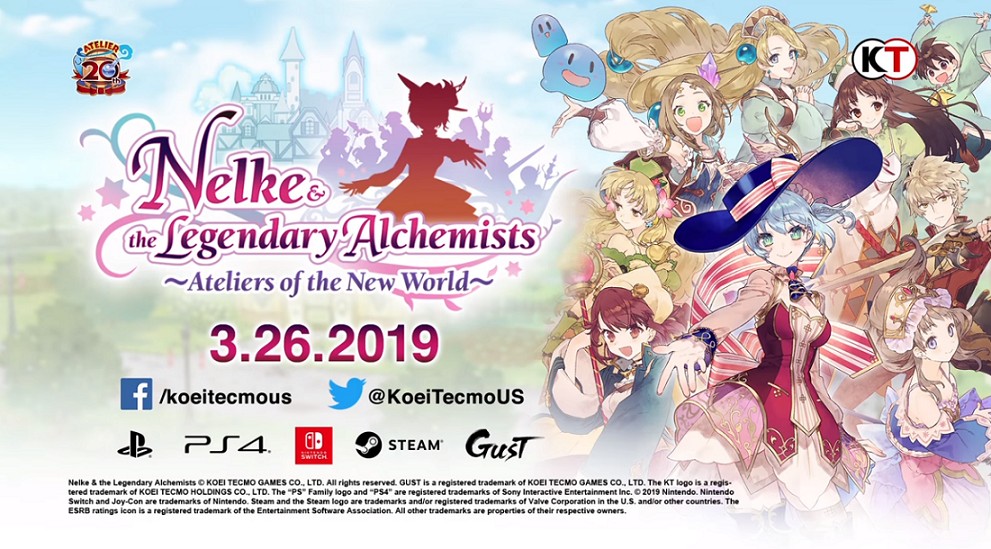 Koei Tecmo has shared more details on Nelke & the Legendary Alchemists: Ateliers of the New World launching next month on Switch!

Now, the game has received a few more tidbits about the exploration and battle systems. In addition, a new game overview video has been released including some screenshots.

While the game had already seen a release in Japan on 31st January, the west will have to wait quite a bit further as it will launch on 26th March 2019 in North America and 29th March 2019 in Europe.

Check all the details out below:

In order to successfully build a new town, Nelke will be tasked with venturing out into Westwald’s surrounding lands to find raw materials; perfect to entrust one of the town’s alchemists to synthesize into sellable goods. In Nelke & the Legendary Alchemists: Ateliers of the New World, an adventure party of up to five characters from throughout Atelier’s collection of fan-favorite games will be formed before setting off on an investigation route, with each party member having a role: attack or support. During an investigation, players will need to be mindful of the Action Gauge. Running through an area too fast will not only rapidly decrease the gauge, but there is risk of missing items and finishing the exploration with less rewards. The Action Gauge is also used for special field events where investigative teams will search for unique items critical to success, like a shovel.

Exploration does come with its fair share of danger, though. While venturing out on various investigative routes, players will encounter perilous foes which must be defeated in order to proceed. Utilizing a collection of different skills, players will whittle down the enemy’s HP bar during their time on the Turn Gauge. As attack and support skills are used, the Burst Gauge gradually fills – enabling characters to perform a more powerful ability, striking down enemies with a damaging blow, or using the new power to boost defense. In addition, each character will have their own Drive Gauge; a meter that will be filled from both attacks and the use of the Burst Gauge. Utilizing the Drive Gauge is of utmost importance as it enables members of the party to speed up their normal attacks.

Nelke & the Legendary Alchemists: Ateliers of the New World Screenshots