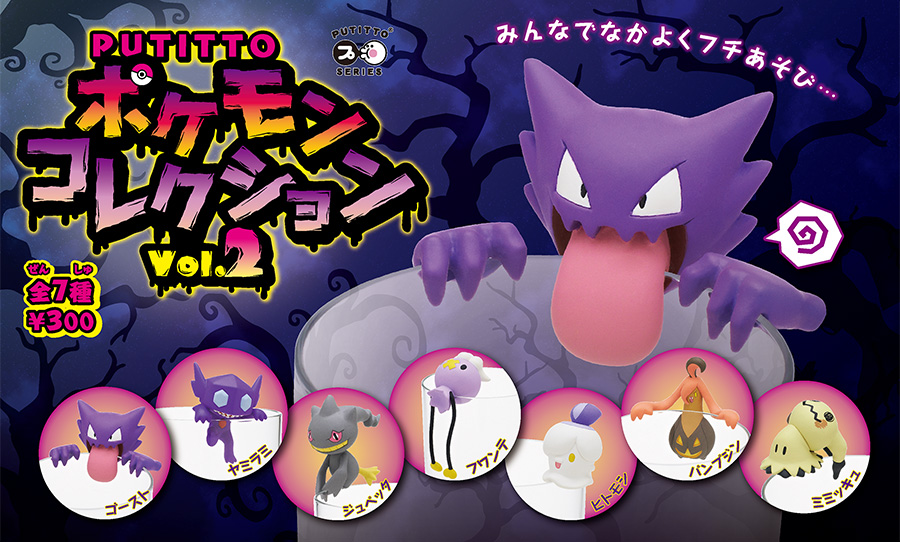 The Pokemon Company has revealed the next volume of Pokemon Putitto, which are heading to Pokemon Centers in Japan later this month.

Putitto are small figurines which can be playfully attached on top of a small surface, such as the edge of a cup or a table.

While the first volume of Pokemon Putitto featured Eevee and its evolutionary brothers, the second volume is comprised of Ghost and Dark type Pokemon, presumably to coincide with Halloween.

You’ll be able to find Pokemon such as Haunter, Sableye, Banette, Drifloon, Litwick, Gourgeist, and Mimikyu.

The second volume of Pokemon Putitto are scheduled to launch at Pokemon Centers in Japan on September 30, 2017. They are only obtainable through gachapon machines, which charge 300 yen a spin.