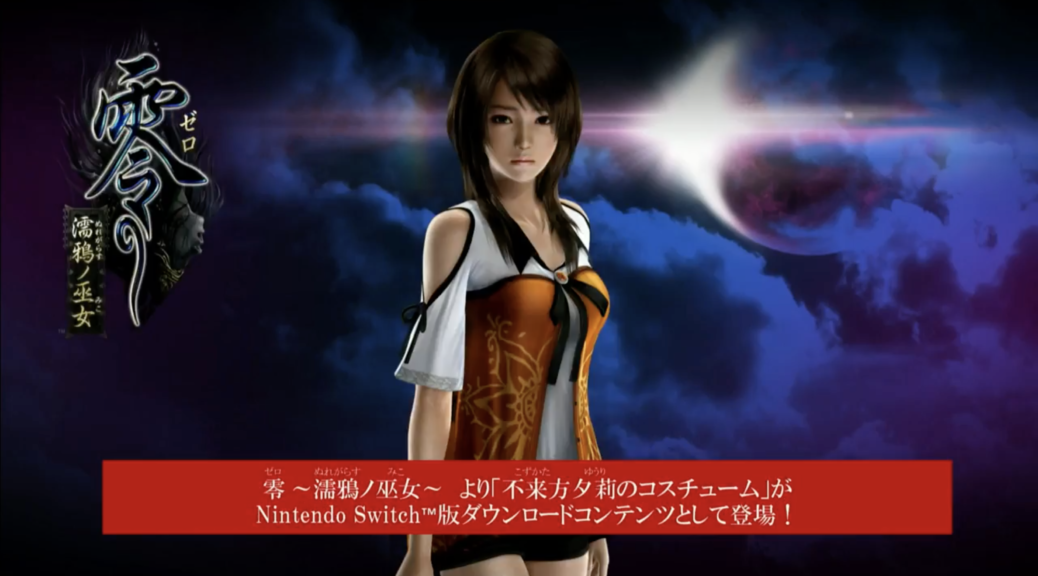 In a Live Stream, Koei Tecmo, developers of Nights of Azure 2: Bride of the New Moon, which also happens to develop Wii U’s Fatal Frame: Maiden of Black Water, announced that the Switch version of the game will come with an exclusive Costume.

Though not showing anything more than Fatal Frame: Maiden of Black Water’s  Yuri Kozukata in her default outfit, it is confirmed to be a Switch only exclusive. You can see the announcement at around 1:12:13 in the youtube video linked below.