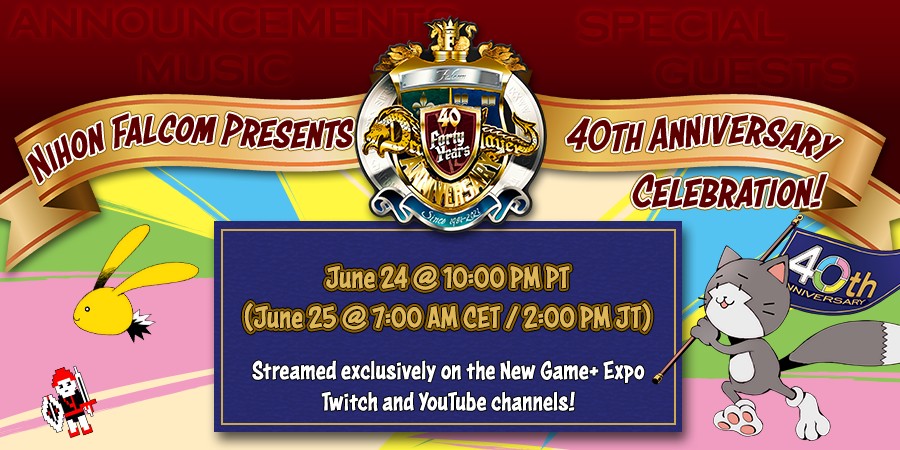 Falcom, the developer behind the Ys series and The Legend of Heroes games, will soon be celebrating its big birthday online!

The company has announced a 40th anniversary livestream that will take place on 24 June 2021 (10 pm PT). Namely, this event will feature:

You’ll be able to catch the event via New Game Plus Expo’s YouTube and Twitch channels when it goes live. See you there!