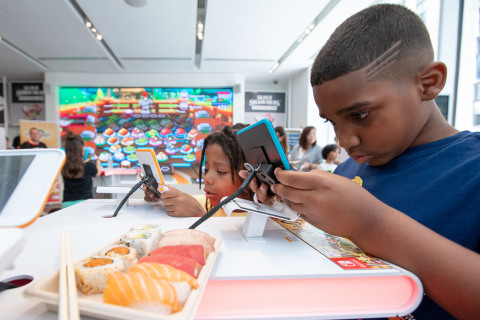 Although Nintendo has traditionally taken a blue ocean approach to attract potential gamers of all age group, they also know that today’s children are also their future customers. While the Nintendo Switch starts to target a more mature audience, Nintendo’s older portable family, the Nintendo 3DS family is attracting younger audiences to Nintendo’s ecosystem,

Speaking to GameDaily, Nintendo of America’s head of sales and marketing, Doug Bowser, said that the Nintendo 3DS’s audience is getting younger, and they are not just playing with games on the consoles, they are also registering Nintendo Accounts and being exposed to Nintendo’s franchises. He also continued Nintendo’s stance that the 3DS family will be supported through 2019.

If you think about a $79 2DS with a game installed or a $149 clamshell 2DS XL with a great screen, it’s a more affordable entry point, and we have definitely found from a demographic standpoint, people that are coming in to those platforms and buying now, and then registering a Nintendo Account, they’re skewing younger. So it’s a wonderful way to bring them into our franchises. We’ve got over 1000 titles on the platform still, and we’re announcing more. We’ve got Captain Toad coming to the platform, we’ve got more games coming in the latter half of the year and then the next year, we still have titles planned on the slate into 2019, and so we’re going to continue to support the platform.”

It is great that Nintendo is attracting a new generation of fans.