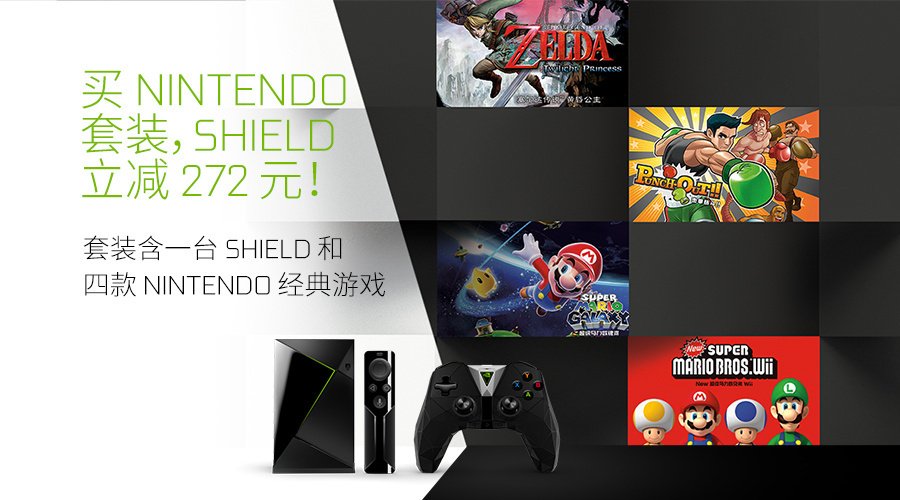 The Nvidia Shield Nintendo Special Edition comes with a Nvidia Shield and codes to redeem four Wii/GameCube titles on the system at the same price as the system without any games (272 RMB discount). The games are New Super Mario Bros. Wii, Punch-Out!, Super Mario Galaxy, and The Legend of Zelda: Twilight Princess.

Here’s a look at the Nintendo Special Edition artwork, and the codes that come with it:

This is probably the best time for those of you living outside mainland China to import a Nvidia Shield, especially if you wanted the games on it. The codes remove the need for Chinese payment systems such as Alipay.

Import yours here from JD.