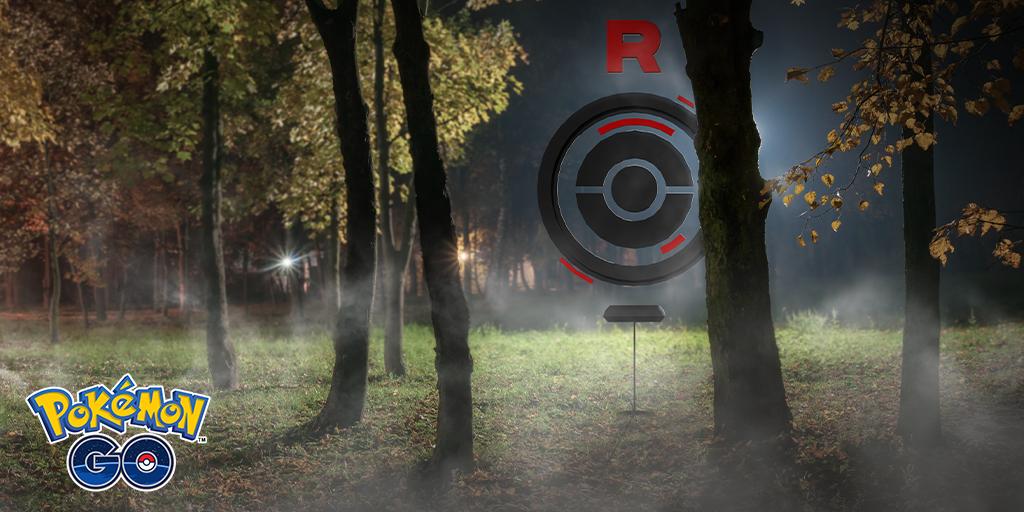 After some leaks and teases, Shadow Pokemon and a Team Rocket off-shoot have indeed arrived in Pokemon GO!

Pokemon GO players can now discover darkened PokeStops – where they will encounter trainer battles with Team GO Rocket and a Shadow Pokemon. Here’s an example of how one looks below, with a big red ‘R’ floating above it.

Trainers, we have an incoming message from Professor Willow: “I’ve noticed an alarming number of reports from Trainers who have found PokéStops that look…discolored?” Trainers, please report any PokéStops that look different with #PokemonGO. pic.twitter.com/oxpXR7ZlSm

Once the player defeats the Team GO Rocket grunt, the villain will flee and leave behind their Shadow Pokemon for the player to capture. Shadow Pokemon have the move Frustration, and feature a shadowy aura with angry red eyes.

After that, players will be able to use Stardust and Candy to purify the Shadow Pokemon. Purifying the Shadow Pokemon can boost their levels multiple times until they reach level 25. Purified Pokemon require less stardust and candy to power-up than normal Pokemon, and can learn the move Return.

These are definitely exciting times for the Pokemon GO community – with an all new threat to tackle and Pokemon to save! If you’ve been away from the mobile game for some time, maybe it’s time to jump back in!