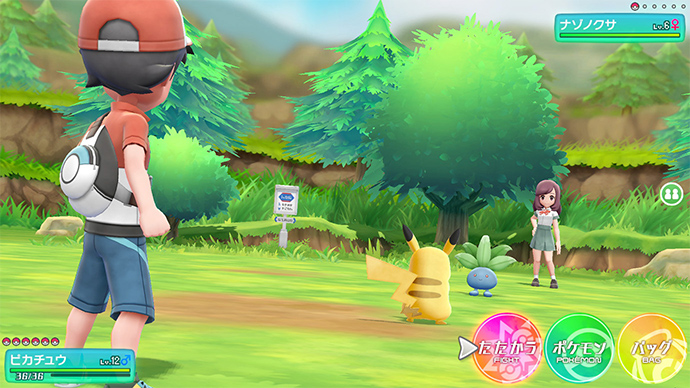 The review embargo for Pokemon Let’s GO Pikachu/Eevee has lifted today worldwide, so we are starting to see reviews streaming in today.

Video game review aggregator Metacritic has given Pokemon Let’s GO Pikachu/Eevee 82 out of 100 points. The score is derived from the 22 critic reviews the game has received so far.

Pokemon Let’s Go is a superb surprise, a fully-fledged Pokemon RPG with interactivity that brings the series to life in a way that’s never been done before.

Pokémon Let’s Go Pikachu! is likely to be a divisive game. It has many of the hallmarks of a main-series game, but also features many aspects taken directly from GO. But surprisingly, against all odds, this grand experiment in Pokémon’s core mechanics delivers an experience that feels as fresh and unique. It’s not perfect, and it won’t be for everyone, but if you’re willing to put aside your preconceived notions of Pokémon for just a second, you’ll find an excellent game that’s fun, approachable, and even a little magical.

My nostalgia for this series is strong and could’ve destroyed the fun I had with Pokémon: Let’s Go Pikachu and Eevee, but instead galvanised it. This is the classic original generation of Pokémon, but it looks better, plays better, and feels incredibly refreshing. Pokémon on Nintendo Switch isn’t just a Pokémon GO companion piece, it’s a fantastic RPG in its own right, and with any luck, will spawn its own series of Pokémon games for the future. A great Pokémon game for veterans and newcomers. Now if you’ll excuse me, I have a Pokédex to complete.

Pokemon: Let’s Go! has a lot of offer on the whole. It’s family friendly and makes it easy to pick up with a pal, meaning that parents can jump on to help out their kids and leave when needed. It’s also brimming with charm, character, and animations that you can’t help smiling at. I’ve got no doubt you’ll enjoy the game if you pick it up, but how long for depends on how much you loved the classic era of the Pokemon franchise.

Pokémon: Let’s Go’s nostalgic charm and interactive gameplay will have both newcomers and returning trainers hooked as they explore the beloved Kanto region. Let’s Go mashes together these two different styles of Pokémon game into one streamlined format, and despite some slight annoyances, these remakes provide an intimate take on the classic Pokémon journey, especially when played with the Poké Ball Plus accessory. If you’re looking for a refreshing take on the Pokémon RPG, then this one may keep you invested until you catch ’em all. It probably won’t take long though.

While those opening hours can feel like a languid tutorial, Game Freak know that the challenge will need to climb. And if anything there is a sudden spike that might come a little hard for newcomers, given the breeziness of the early game.