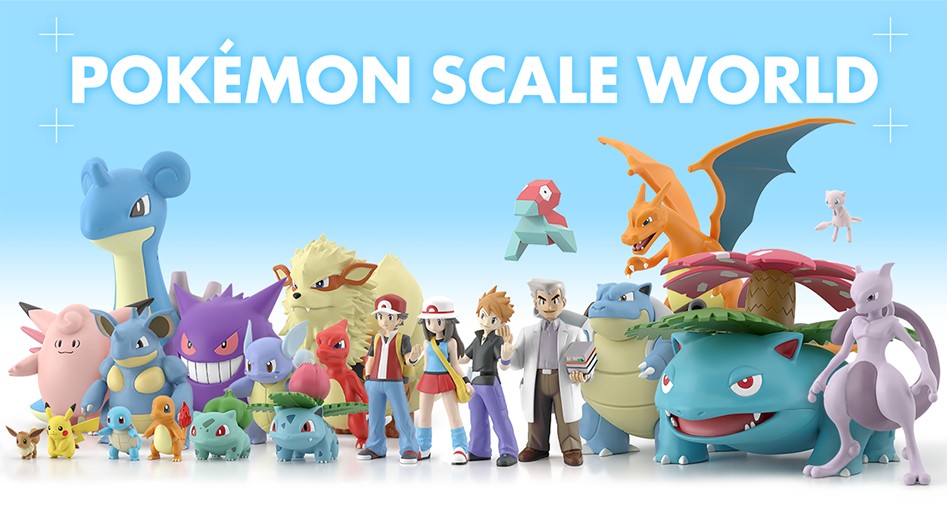 Pokemon Scale World features 1/20 scale figurines of Pokemon and Pokemon trainers. These figurines are made of plastic. You could have a Pokemon as tiny as Eevee and a Pokemon as huge as Venusaur: 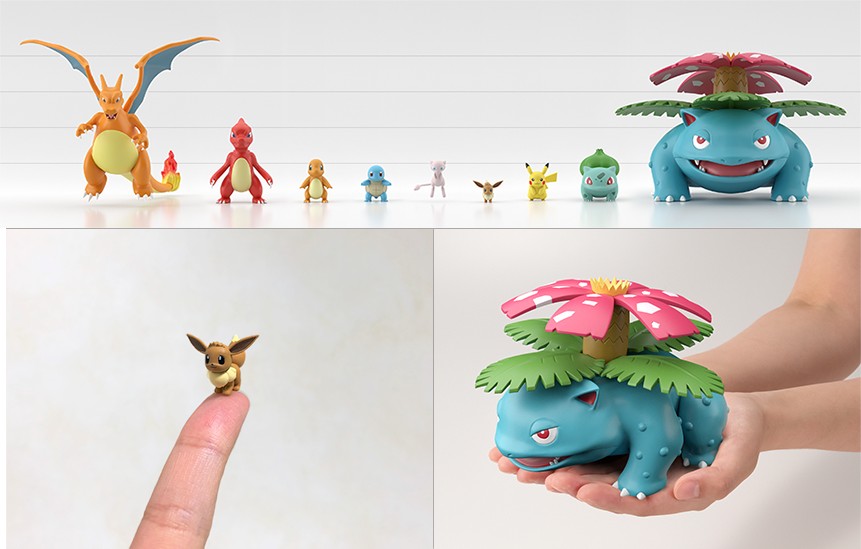 Four Pokemon Scale World Kanto sets are scheduled to launch in October 2019 and November 2019 in Japan, with three sets exclusive to Premium Bandai. NintendoSoup Store is now taking international pre-orders for all four sets. Check them out below: