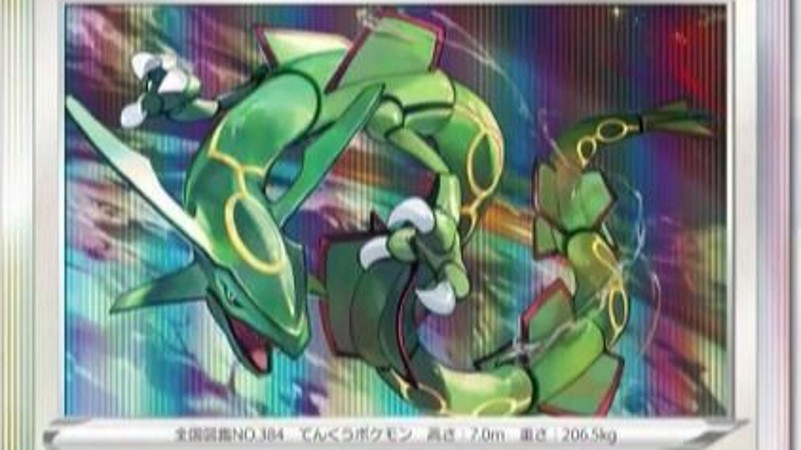 This year, there’s been quite a lot of commotion after Game Freak announced that many Pokemon would not be transferable to Pokemon Sword/Shield, as the game would not have a National Dex to accommodate them. Since then, fans have been clamoring to know if their favorites will still be making it into the game – searching for any clues in various previews of the game. One such area they’ve been checking is the Pokemon Trading Card Game (TCG), and a fresh discovery might hold some bad news for Rayquaza fans.

In particular, The Pokemon Company recently revealed a holographic Rayquaza promo card for the upcoming Sword/Shield TCG expansion in Japan. At first glance, the card is nothing special – but some Japanese fans have noted an important detail about its description on the bottom right (circled in red, translated below). 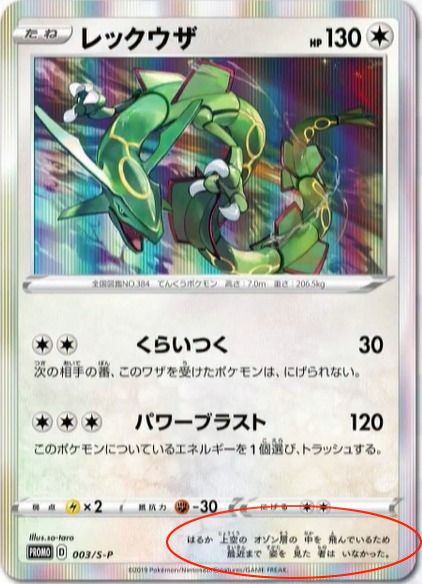 “It flies in the ozone layer, way up high in the sky. Until recently, no one had ever seen it.”

Some may recognize that this description is identical to past promotional releases of Rayquaza – which all adapt Rayquaza’s Pokedex entry from Pokemon Heart Gold/Soul Silver. Here are some examples from the past, as reference: 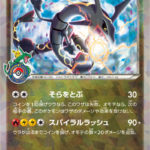 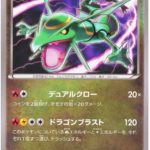 Why is this detail important? A long-standing tradition in the Pokemon games and TCG is that older Pokemon get refreshed pokedex entries if they join a new region’s pokedex, with their card description updating in a similar fashion. By extension, this older card description for Rayquaza most likely means that it has no refreshed pokedex entry for the Galar pokedex – and therefore, it will probably not be playable in Pokemon Sword/Shield.

As a disclaimer, this theory is merely based on a prevailing trend within the Pokemon games and TCG. There’s no telling if Game Freak will change how they do things with the Sword/Shield TCG, or if they’re simply using an older pokedex entry to keep fans in the dark.

We’ll report back if and when we hear more.

(A big thanks to Pokebeach, Bulbapedia, and Pokellector for the TCG scans.)