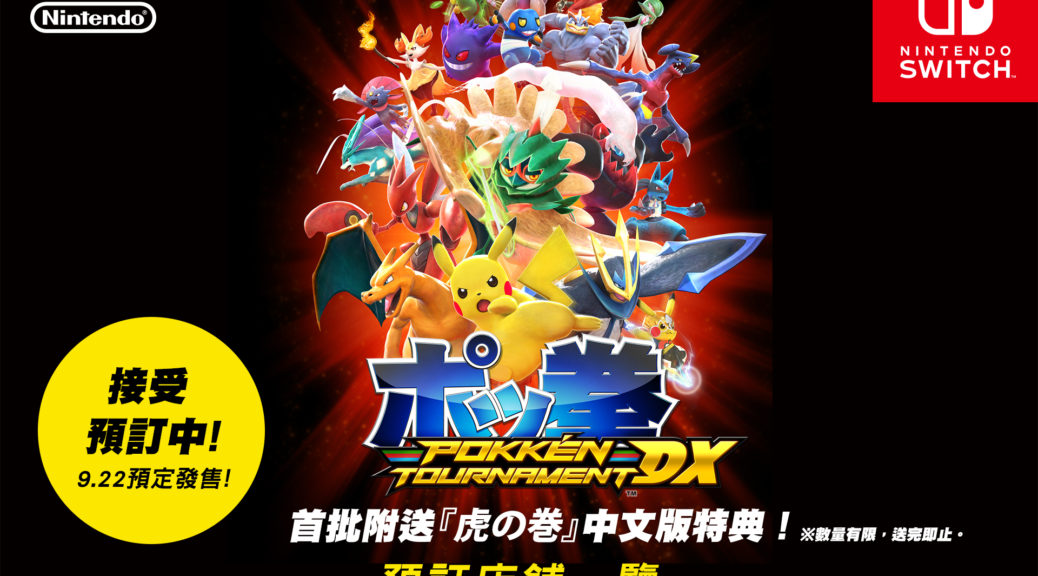 Nintendo Hong Kong has announced Pokken Tournament DX will be released in Chinese in Hong Kong. The game will release in Hong Kong on the same day as the rest of the world, September 22, 2017.

There’s also something extra for gamers in Hong Kong to celebrate too. Every copy of Pokken Tournament DX pre-ordered will come with “Pokken DX Crib Notes”, a pamphlet featuring the controls of every Pokemon in the game. There’s also a code to unlock special Pokemon T-shirts for the in-game avatar.

This is the same pre-order bonus available in Japan, but it’s unclear whether it would be translated into Chinese.

With this announcement, Pokken Tournament DX is now the third Nintendo Switch title published by Nintendo to be localized in Chinese, following Super Mario Odyssey and Fire Emblem Warriors.