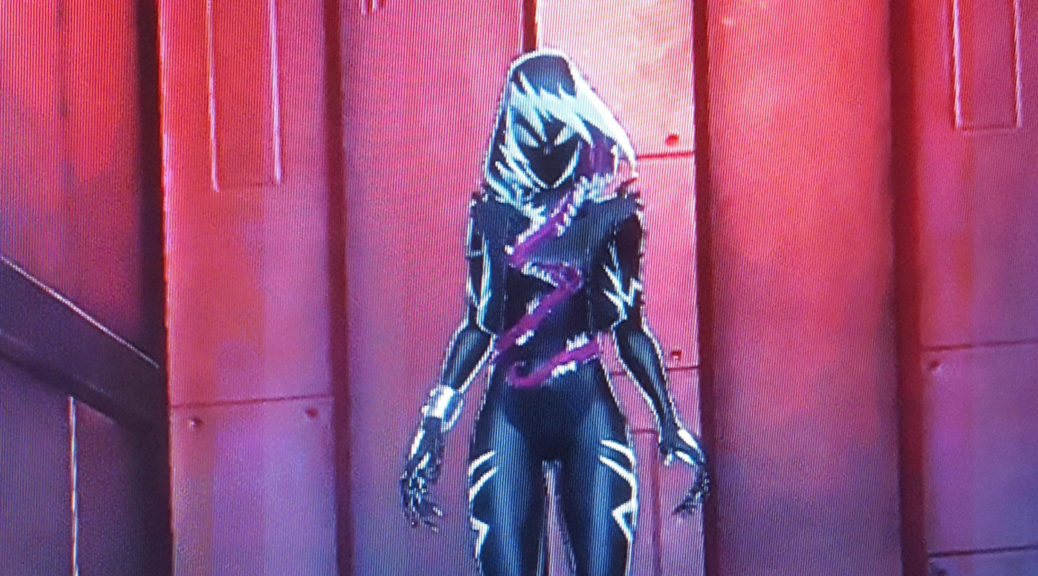 Earlier this week, Marvel Ultimate Alliance 3: The Black Order was updated to Version 3.0.0, adding a new Danger Room mode and a number of alternate costumes for various heroes.

While playing through the new Rise Of The Phoenix DLC gauntlet, players can encounter a boss version of Spider-Gwen wearing her Gwenom costume. For those who may not be aware, Gwenom is basically the Spider-Gwen equivalent of Symbiote Spider-man, in that she is wearing Venom’s symbiote suit.

You can check out a screenshot of what the Gwenom costume looks like in-game below (courtesy of MisterLTG on Reddit):

Uhhh. did my game just glitch and showed me the alt for Spider-Gwen from MAU3

At the time of this writing, the Gwenom costume is not available anywhere in the game. Presumably, it will be added as part of the promised free costume updates sometime in the future. That said, it is also possible that the costume is just for this boss, and there are no plans for players to have access to it.

Given the presence of this unreleased costume in the game, one wonders what other alternate costumes may be hidden within Marvel Ultimate Alliance 3‘s code and yet to be obtainable by players. We will bring further updates as they come.