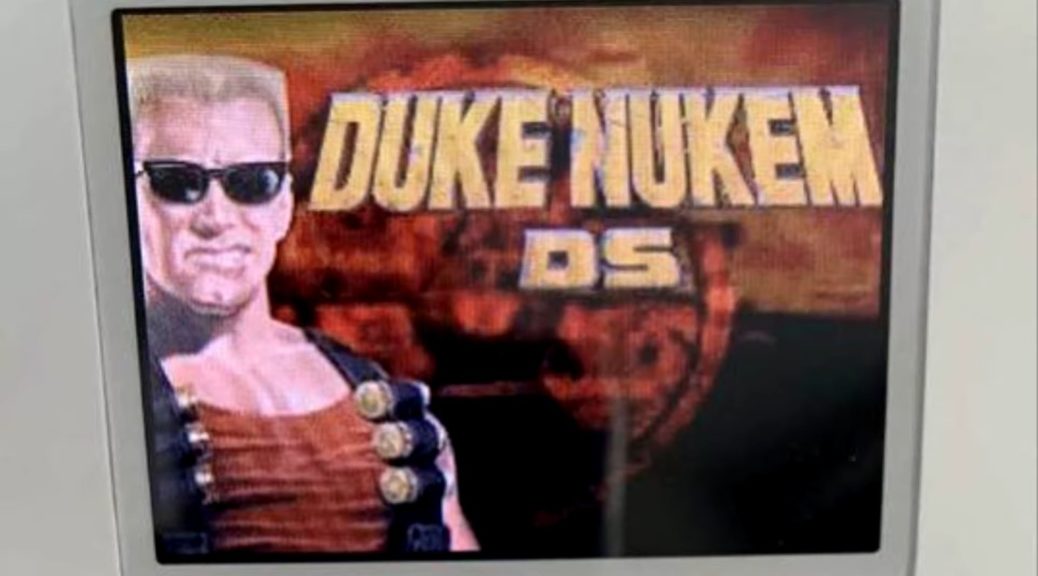 Back in 2011, Deep Silver and Apogee Software released Duke Nukem: Critical Mass for the Nintendo DS. It was a side-scrolling shooter that was planned to be the first in a trilogy of Duke Nukem games for the DS, but these future games unfortunately never came to pass, perhaps due to Critical Mass’ lukewarm reception.

Fast-forward to April 2020, a prototype for an unreleased Duke Nukem game for the DS has surfaced online, one that apparently pre-dates Critical Mass and the rest of its planned trilogy. Unlike Critial Mass, this unreleased prototype is a first-person-shooter like the classic Duke Nukem games, and may have perhaps been better received had they gone that route.

If you’re interested in seeing this lost game in action, Youtube Channel DScapades has published a 20 minute video showcasing the title which you can find below: